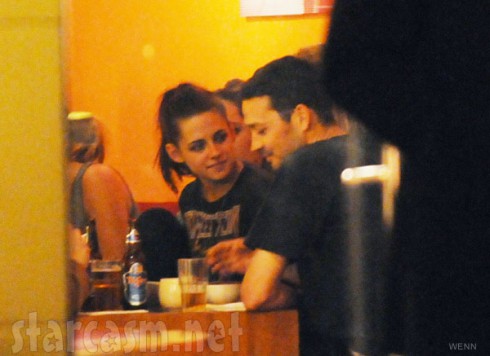 When Kristen Stewart issued her public statement/apology in regards to her alleged affair with direct Rupert Sanders she referred to their relationship as “a momentary indiscretion,” but family members of Sanders’ wife, Liberty Ross, are saying the relationship went on for months!

Liberty’s younger brother Leopold tells People.co.uk, “It was from the last half of filming and all through post-production, clear into last week.” He points out that Liberty, who met her future husband Rupert when she was only a teenager, left Great Britain to support Rupert’s career in Hollywood and eventually take care of their two children, Sklya Lily, 7, and Tennyson, 5.

“She made some sacrifices for something she thought was worth it,” Leopold says. “Now she knows, right? Five minutes from her home.

“Doubt it was worth it but it’s life. It might actually make things better in the long run. She wasn’t that happy for a while, but our family is close, she’ll be all right.”