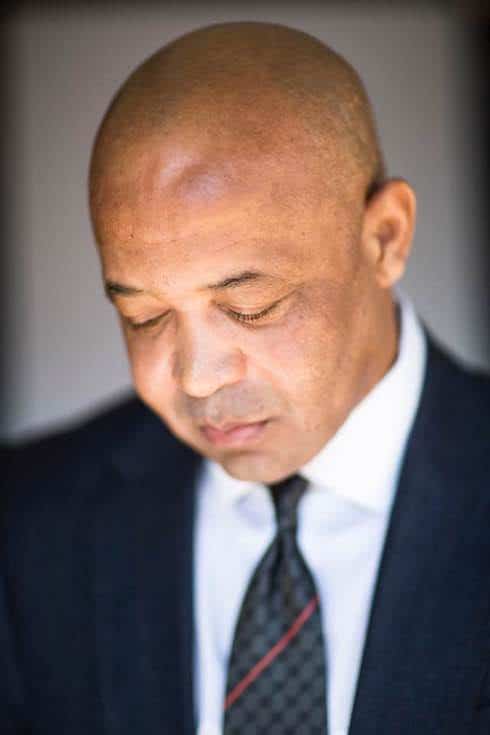 Detective Rod Demery’s brother Patrick became one of Rod’s unwitting inspirations following Patrick’s conviction on a murder charge in 1994. As we’ve written previously, Patrick Demery was stabbed friend Ronald Sherman to death while high on cocaine, then tied up Sherman’s girlfriend and daughter, stabbed them both, and raped the girlfriend. Both women survived. (Click here to read the full report.)

Shortly before Murder Chose Me premiered last year, Rod discussed Patrick’s case and addressed his complex feelings for his brother on an episode of the podcast Detective. “I don’t believe that family ties — love, or loyalty, any of those things -– trump doing what’s right,” said Rod, who also noted that he turned Patrick in for Ronald Sherman’s murder after his brother showed up at Rod’s door covered in Sherman’s blood.

Even though Rod was disturbed by Patrick’s actions — since Patrick, the older brother, remembered more of he and Rod’s murdered mother and knew “more than [Rod] did” what it was like to suffer a murdered parent — he didn’t stop loving his brother.

It’s not that I disowned him; I just thought, [the Sherman family] deserves more….It’s not that I don’t feel for my brother. Because he’s my brother. I worry about him daily. I know what goes on in prison. But I think about the person he killed. And the people that were left behind to mourn that person. Where I can forgive him for the things that he’s done that affected my life, I can’t forgive him for the things he’s done that affect other people.

Having said that, Rod’s recent tribute to his brother is all the more remarkable for its loving tone and for the many fond memories of Patrick that Rod still carries.

Because Facebook won’t allow full embeds of a post as long as the one Detective Demery wrote his brother, we’ve copied it in full below, along with the photos of Patrick and Rodney that accompany it.

(You can read the complete tribute to Rod Demery’s brother Patrick in its original context here.) 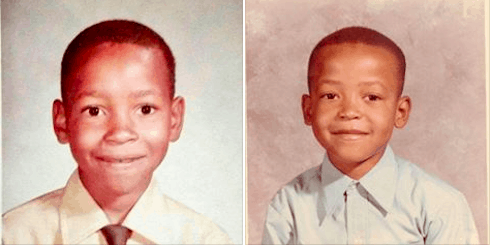 My brother was born during leap year. I want to wish him a happy birthday, I miss him.

As I grow older, I realize the role he played in my life. After our mother was murdered he internalized so much anger, hate and violence that the only thing left for me was forgiveness and pity for the man who killed her.

I joined the Navy because I remember my brother standing tall at the El Paso airport in a crisp crackerjack uniform. He taught me the meaning of the words, “I am an American fighting man” and “I quit my post only when properly relieved…”

He taught me to read and was a walking dictionary. He taught me vocabulary by saying “damn Rodney, look it up, what context are you trying to use it in” “apply ya’ damn self” he read to me, explained the trials of Job and his cursing the day he was born, as if he had a premonition. He taught me politics, and world religion… I was 11, he was 13.

More importantly he indirectly taught me that the question I should ask is not why such tragedy struck our lives, but why was I spared. 15 years would go by, tons of letters he wrote sat in a box, and countless nights of worry for my brother in Pelican Bay would pass by before I visited him.

Anger, disappointment, hatred all were my selfish choices, but never shame. Homicide investigation was my comfort, I was obsessed with comforting those in pain, from the violent taking of their child’s life and the penitentiary nightmares of those who lost theirs to the system.

Patrick taught me to how hate the sin; not the sinner, how separate the crime from the criminal, and that a killer, most likely, tied his little brothers shoes, skateboarded, and missed his mother.

On my worst day, I read a card my brother sent me… “I hear you’re having hard times. Lift your head up, stand tall, you are my kid brother and have my blood running through your veins.” If I can spend the last 20 years in an 11×7 cell, and be strong, you can be strong free.” I haven’t had a bad day since. My big brother, the only person on earth, I never doubted loved me.

Psalm 30:5
For his anger endureth but a moment; in his favour is life: weeping may endure for a night, but joy cometh in the morning.

Patrick Demery remains incarcerated at the Sierra Conservation Center in Jamestown CA. According to California Department of Corrections and Rehabilitation records, Patrick is eligible for parole in May of 2022, when he’ll be 58 years old.

Murder Chose Me Season 2 will air later this spring.