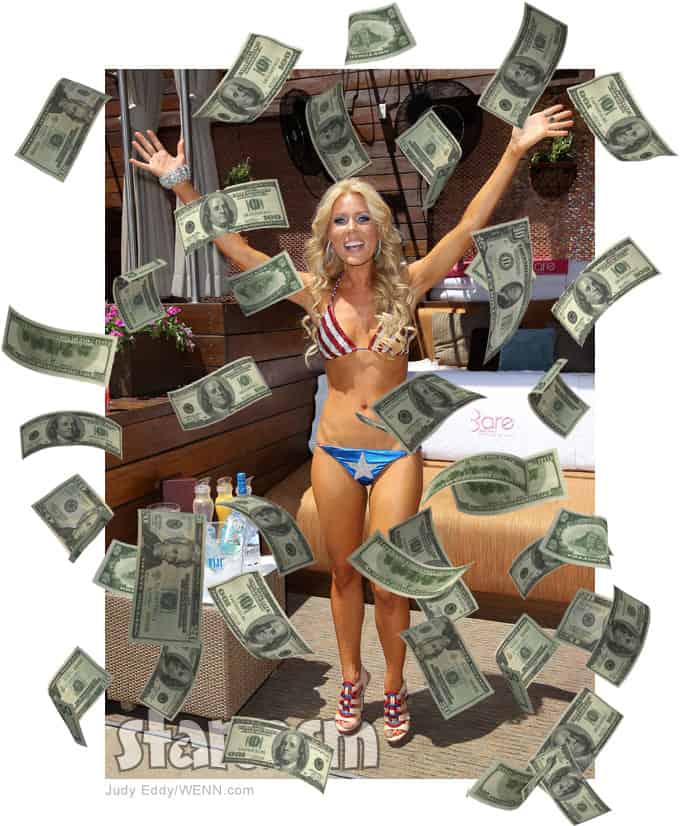 It’s been nearly a decade since former The Real Housewives of Orange County star Gretchen Rossi was accused of cheating on her terminally ill fiance Jeff Beitzel by her ex Jay Photoglou — accusations that took center stage on the show when Gretchen’s co-star Tamra Judge brought them up at the Season 4 Reunion. Gretchen filed a defamation lawsuit against Jay in 2010, and earlier this week a judge ruled in Gretchen’s favor — awarding the reality star turned handbag designer just over $500,000 in damages.

Gretchen was originally awarded the $523,000 in damages by a jury back in 2012, but Jay Photoglou later filed for bankruptcy and attempted to have the defamation damages included in that filing. This week’s ruling was from a bankruptcy judge who determined that the damages awarded to Gretchen were excluded from Jay’s bankruptcy filing.

From the court documents:

IT IS ORDERED: That the CA Court Judgment for the Intentional Infliction of Emotional Distress and Conversion for $500,000 in compensatory damages and $23,000 in punitive damages is non-dischargeable.

In addition to the original $523,000, Jay is also required to compensate Gretchen for interest over the last five years, which brings the total amount that he owes to over $800,000.

Gretchen responded to an article about her winning a “settlement” in the case on Twitter by writing: “Didn’t settle anything…a jury awarded me this award because of his malicious acts. He tried everything to get away with what he did and I fought back and said ‘enough is enough and this has to stop’ No woman should be threaten, harassed or stalked. #timesup.”

She responded to another article about the amount she won by tweeting: “This was never about the money, it was about principal. #TimesUp”

After being inundated with congratulatory messages, Gretchen took to Instagram to express her gratitude:

#TimesUp… Received so many messages yesterday about the news ❤️ Cannot say thank you enough to my friends, family, and fans that supported me for the last 8yrs as I fought for justice. I decided enough was enough and to stand up against this individual because, although the legal system is extremely expensive, it was about the principal of making clear that, “No, it’s not ok to threaten, stalk, or harass a women just because you did not get what you wanted”. This fight was not about winning money (no amount of money can ever make right what he did) I fought this fight not only for myself but for all the women out there who have been harassed or threatened & for those who were too afraid to speak up, or could not have their voice heard; for those who did not have the financial means to fight, and for those who have been hurt or damaged because of individuals who think this is ok to do to women.

I am grateful that the jury saw his multiple previous restraining orders during trial which helped rule in my favor of 7 counts against him. I am grateful that after he filed an appeal that the Appellate Court held my judgment in place, and I am grateful that even after he filed for Bankrupcy, that the Bankrupcy Court recognized that what he did was done with malice and intent and did not allow him to weasel out of the judgment I have against him. They finalized my judgment once and for all & this long hard 8yr battle is finally over! ??❤️ #TimesUp #Dontmesswithme #FoughtThisforAllWomen

So what was the first thing Gretchen did after her victory? She got her teeth blinged out with diamonds!

You guys know I love my bling ?? so yesterday I did something really fun…I went and got my teeth blinged out by Dr.Rajpal @beverlyhillsdentalarts in Beverly Hills! It was so much fun! It doesn’t hurt, comes off anytime you want it too, you can brush your teeth no problem, & it’s safe for your teeth ?? Check out the #TheDiamondDentist in BH & get it done for yourself! Swipe left to see what I got done ?? I did Diamonds on top and a star with a diamond in the middle on my bottom tooth. #trysomethingfun&different #diamonds #bling #GetGlamwithGretchen

We’d like to add ourselves to the growing list of those congratulating Gretchen! And I think it is important to point out that the lawsuit not only included Jay’s allegations that Gretchen cheated on her fiance, but also that he threatened her, stalked her, stole from her, and published nude photos of her online. The jury ruled in Gretchen’s favor ON ALL COUNTS.

And just in case you wanted a refresher on what went down between Gretchen and Jay (and Tamra), we reported on it extensively at the time and have compiled a chronological timeline of links for you. We will start things off with our “comic book” recap of The Real Housewives of Orange County Season 4 Reunion that lit the fuse for the whole fiasco: 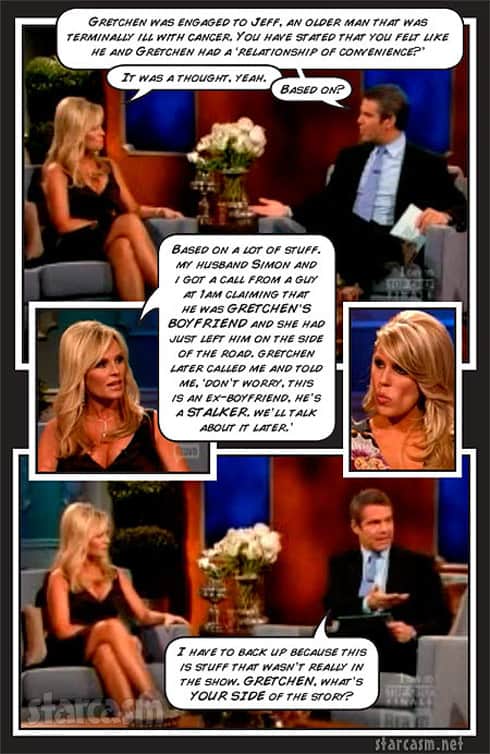 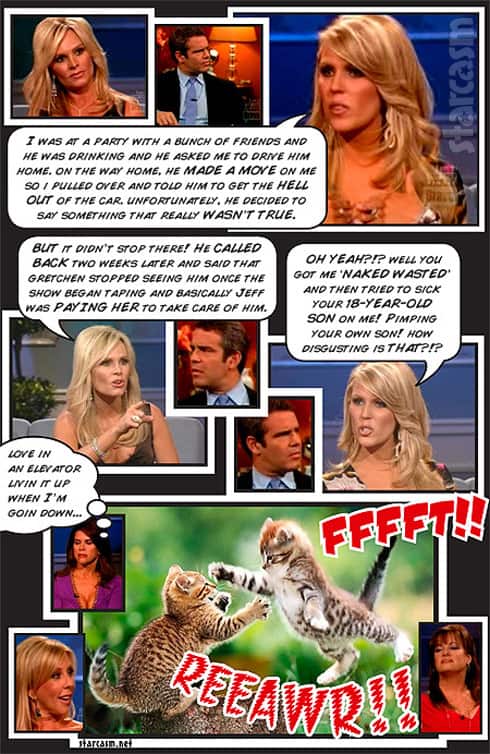 January 29, 2010 – Jay Photoglou sues Gretchen Rossi for libel and slander: does he have a case?