Jim and Alexis Bellino are the latest Real Housewives couple to financially crumple under the weight of living above their means to keep up appearances.

On the heels of news that the pair are losing their house to foreclosure, Jim’s real estate company Global Marine, Inc has filed for bankruptcy protection, according to the OC Register (via Reality Tea).

His bankruptcy filing occurred just two days before the house was about to go to auction, and now the auction has been postponed until January 10, enough time for the family to spend Christmas in the lavish 6,400 square ft. house.

Right now it’s unclear how much in debt the Bellinos are, but their assets are between $1 and $10 million. The Newport Beach home has 6 beds and 6 baths, a wine room, theater, multiple family rooms and dens, a post kitchen, and many other perks. The only problem with these luxury homes is that you have to pay to play in them.

Last winter when Alexis and Jim first appeared on Real Housewives, they used the opportunity to advertise a Laguna Beach boutique hotel on Alexis’ blog. No word on the status of that property.

Here’s a clip from The Real Housewives of Orange County where Alexis shows castmate Tamra Barney (who also happens to be a Realtor) her large house, and they discuss the rumors about foreclosure and “loan modification:”

Photos of the Newport Beach house: 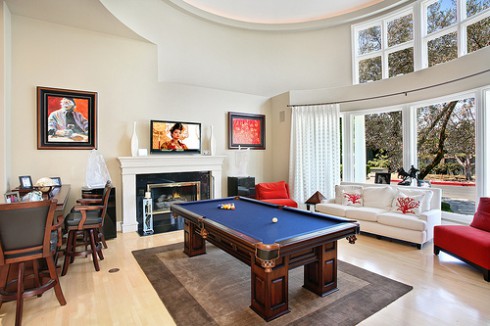 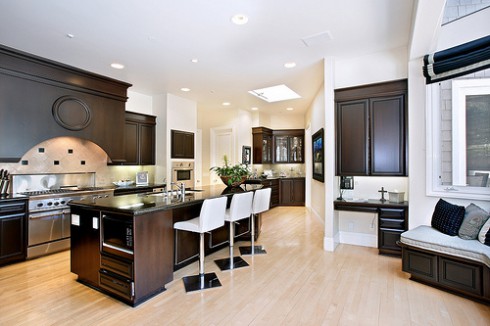 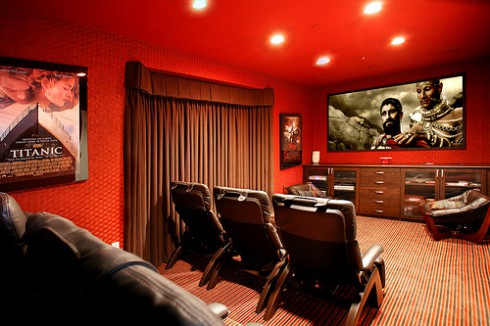 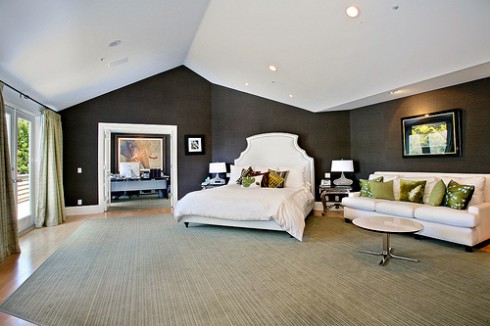 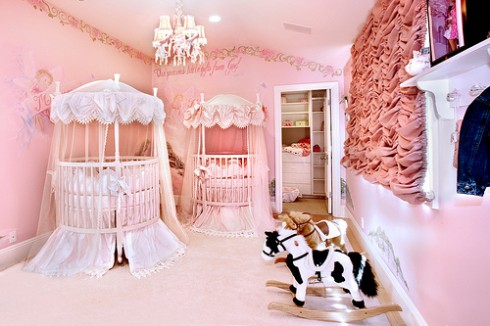