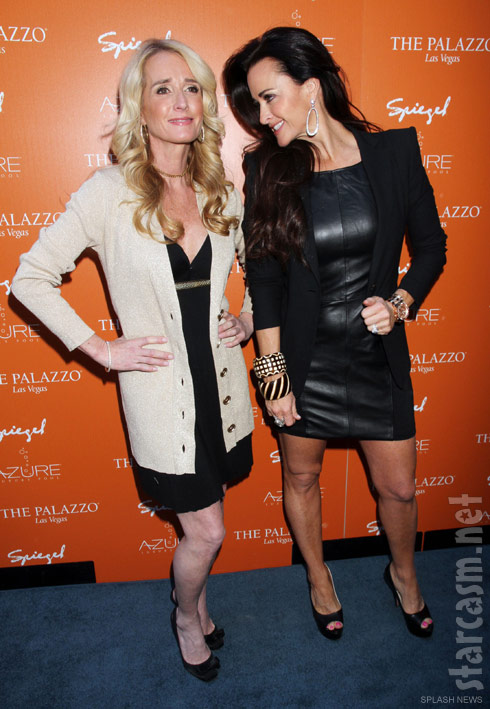 In Sunday night’s episode of The Real Housewives of Beverly Hills Kyle Richards was caught completely by surprise when her sister Kim revealed that she wasn’t going to be moving closer to Kyle, as she had been suggesting for some time, but was instead moving in right next door – with her secret boyfriend of more than a year, Ken Blumenfeld! 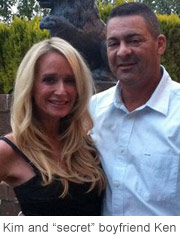 Needless to say Kyle was shocked by the news, and it was quite obvious she was none too happy with Kim’s decision. But, to Kyle’s credit, she managed to express her disapproval in a way that didn’t seem overly judgmental or condescending.

Ken wasn’t a complete stranger to Kyle because Kim had brought him as her date to the premiere of The World According to Paris back in May. Kyle didn’t seem impressed.

Kyle’s opinion hasn’t changed much since the episode was filmed, as she continues to question her sister’s decision in her blog on Bravo this week.

She first talked about why she was hopeful Kim would be moving closer to her and the rest of their family:

Kim asked me to come out to her house. She said she had something to tell me. I have been wanting Kim to move closer to our family for many reasons. I think that Kim feels lonely and isolated and that being closer to her family would help. Kim passes on many family gatherings because she doesn’t feel like making the drive. It’s only 30 to 40 minutes but she often says it’s too far. I feel that she would be happier and stronger if she were closer to us. Especially now that her kids are not home that often.

After that Kyle went directly to the subject of Ken:

When Kim told me she was moving in with her neighbor Ken, I was so disappointed and worried to be honest. I know my sister very well. I thought that if this was someone she really cared for, we would have known about him a long time ago. I felt she was making this decision based on convenience and loneliness, which worried me and made me sad. I want the best for Kim and can’t help but worry about her. I have had to take a step back from her life for many reasons. She is a grown adult and does not want me meddling in her life. Especially if I have anything negative to say. If I just smile and say everything is great. . .then we are fine. I find that very difficult to keep up.

I do not know Ken. I have heard things that put me off, however, if Kim truly is happy, I will support her. I just don’t feel she is. . .

Uh oh. Whenever a Real Housewife says something like “I have heard things that put me off” it usually means a big ol’ skeleton is about to come dancing out of the closet! (Danielle Staub anyone?)

Either way, it seems the months since Kyle first found out Ken was dating her sister have done little to warm her heart towards him. Judging from these photos the cast spent some time in Hawaii together (with Ken) so Kyle has obviously had a chance to get to know him a little better. Could it be that Kyle’s overly protective motherly instincts towards her sister are jading her judgment? (She was Kim’s mother in a past life after all!) Or does she have a legitimate beef with Kim’s new man? I suppose we will all have to just “watch what happens!”