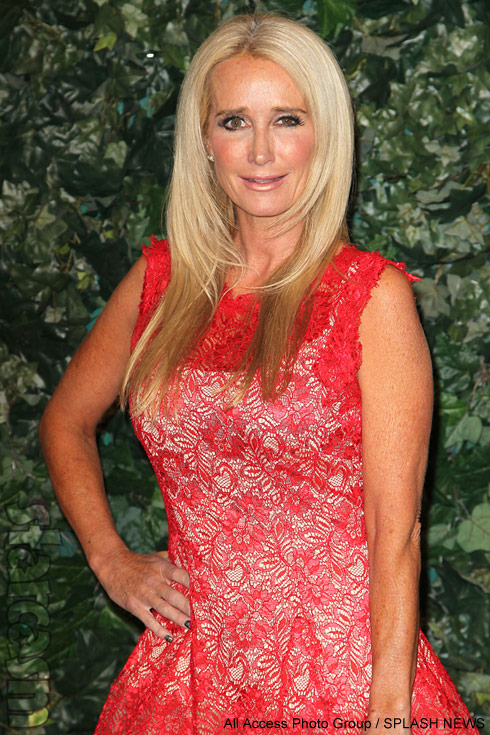 More bad news for troubled Real Housewives of Beverly Hills star Kim Richards, who she was arrested for shoplifting Sunday at a Target in California.

According to online records, Kim was arrested around 4:25 Saturday afternoon and booked into the Van Nuys jail a few hours later. Law enforcement told TMZ that “a security guard nabbed [Richards] for allegedly scooping up a “bunch of items” worth more than $600.”

An earlier Entertainment Tonight report featured a loss prevention officer at the Sepulveda Boulevard Target who stopped Kim because” she was suspected of stealing shopping cart full toys and merchandise valued at $1,000.” The conflicting values are important, because the felony threshold for theft in California is $950.

ET added that Kim “had three carts full of items, but was only charged for a portion of what she loaded into her vehicle.”

Here is their video report on Kim Richards’ arrest:

“I couldn’t imagine Kim stealing or shoplifting anything. She is a giver,” Richards’ ex-husband Monty Brinson told ET. “I am in complete shock. Guaranteed this must be some kind of mistake, and the facts will come out soon. She was arrested for shoplifting toys in a cart, but this was a clear misunderstanding. This was not alcohol or drug related.”

UPDATE – TMZ is now reporting that at the time of her arrest, Kim Richards was homeless and living out of her car: “Sources connected to the family tell us, Kim had been house-hopping since leaving rehab last month. She quickly ran out of friends and relatives who would extend themselves, and has been homeless ever since.”