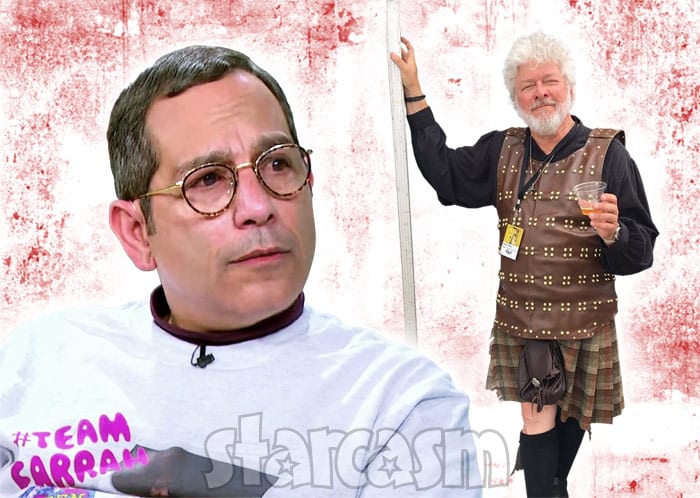 Teen Mom OG star Farrah Abraham recently celebrated her 26th birthday with a Gatsby-themed New York City bash, but no Abraham family extravaganza would be complete without a heavy dose of drama. According to a party source, there is quite the feller feud brewing between Farrah’s dad, Michael Abraham, and Debra Danielsen’s fiance, Dr. David Merz!

TheDirty.com spoke to an “insider” who says the daddy drama started when Dr. David asked Mike to step outside. (I’m loving it already!) Once outside, Dr. David reportedly asked the MTV camera crew to stop recording, but they kept on a rollin’.

“Once outside,” our source told us, “Dr. David started arguing with Michael, claiming he didn’t want Michael talking about him or Debra on social media anymore. Michael denied this, as it’s something he’s never done. Michael had a bodyguard present with him, but that didn’t stop Dr. David from continuing to get close to Michael, and even at one point placing his finger on Michael’s chest.”

The Dirty report continues with more from the feller feud from “another source at the party.” (How many sources did they have outside?!) “Dr. David started going off on Michael about how whacked out Farrah is and that she needs help,” the source reveals. Soon after, Debra’s dapper dude dropped the doctor card!

“Even though Dr. David kept getting physically close to Michael, Michael did not react or touch him,” this source added. “Michael ended up walking away and going back inside.”

Michael better watch out! Judging from these man dress snaps of Dr. David, he’s liable to go all Braveheart on someone! 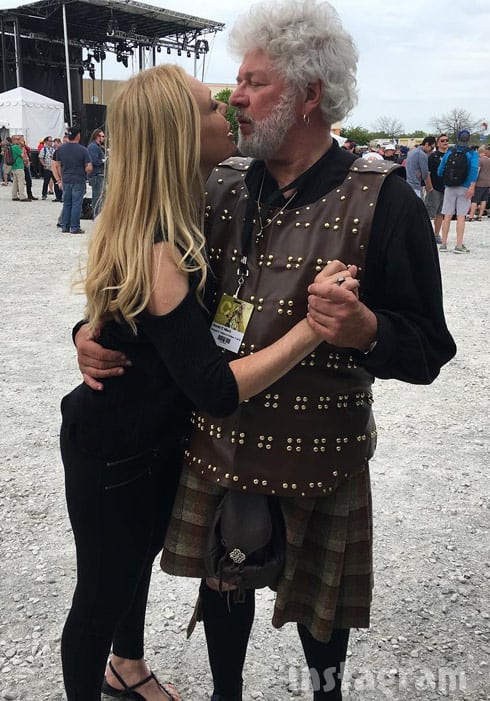 Winning over the entire Abraham family is never easy, but poor Dr. David seems to be having a particularly difficult time. In addition to his issues with Michael and Farrah (as seen on TV), Farrah’s off-screen boyfriend Simon Saran doesn’t seem too fond of him either. Sassy Simon recently referred to Dr. David as “Colonel Sanders” and a “jobless punk” in one of his infamous Twitter rants. Simon has even suggested that Dr. David pulled a Matt Baier by first approaching Farrah on Twitter before Debra!

OK, back to Farrah’s party…

After his spat with the good doctor, Michael “took it outside” once again, this time with Debra. Michael “was heard telling Debra to just take responsibility for the past in terms of what she’s done to Farrah — specifically, hitting her on TV — and that if she could be honest and own up to it, it would improve her relationship with Farrah,” according to The Dirty’s source.

It sounds like there was an entire episode’s worth of drama at Farrah’s party — none of which seemed to directly involve Farrah!? Hopefully we will get to see it all unfold on next season of Teen Mom OG.

Meanwhile, let us know which Farrah fatherly figure you like best: Michael or Dr. David?