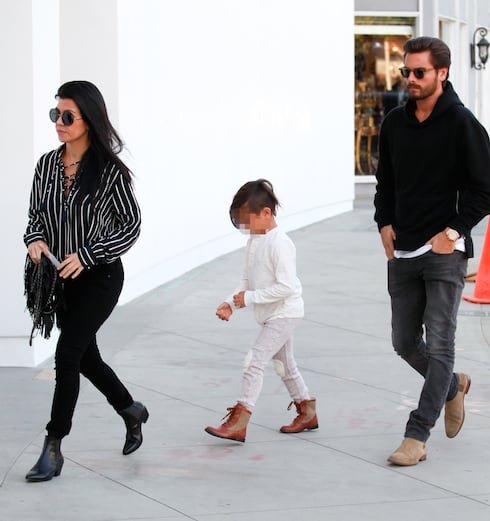 Is Kourtney Kardashian pregnant once more–and is three-time baby daddy Scott Disick the father? Apparently, the answer to both of those questions is a resounding Yes. Kourtney’s reps reportedly confirmed the reality TV star’s fourth pregnancy this morning, and further confirmed that Disick is the father.

An In Touch exclusive made the claim earlier today. “The on-again, off-again couple is expecting their fourth baby together,” the magazine reported, and further said that Kourtney is four weeks into her pregnancy.

Though the announcement came as a surprise to many fans and observers of the Kardashian family, the In Touch insider explained that the fourth Kourtney Kardashian pregnancy was probably always just a matter of time. “Kourtney has always wanted four kids,” the source said, “but has been adamant about not wanting multiple baby daddies”–which is why, despite her reluctance to commit to Scott as a life partner for herself, she returned to his proverbial well for one more drink. (Inquisitr‘s take on the news appears to confirm this: Kourtney and Scott got together “in secret” to concieve the child.)

Kourtney Kardashian and Scott Disick have had something of a rocky relationship over the past few months, ever since Scott completed his successful fourth stint in rehab last autumn. His variable sobriety has puzzled fans; while unconfirmed rumors of Scott’s drug use abound, he has been seen and photographed drinking alcohol–generally a no-no for addicts in recovery–on a number of occasions. In addition, he didn’t respond well to the reports that Kourtney and Justin Bieber were hooking up on the reg; at one point, Scott nearly came to blows with an old man who bumped into him on the street. And, more recently, 33-year-old Scott was mentioned as a love interest for 18-year-old Kylie Jenner.

For her part, Kourtney has been dogged by plastic surgery rumors, most often linked to the 37-year-old’s alleged desire to compete with the girls with whom Justin Bieber surrounds himself. For several weeks this spring, it appeared that Kourtney was having trouble choosing between going all in with Bieber, who was said to be lusting after her like a puppy chasing a Hot Pocket; and returning to Disick, around whom she was said to feel comfortable, and safe.

(One quick unrelated note: Many commenters often ask why Kourtney’s children’s faces are obscured in some of our photos, as is the case with Mason in the image above. It isn’t our work; photo agencies often blur the faces of minors in order to protect themselves from privacy lawsuits.)

RELATED ARTICLE: What is Scott Disick’s net worth? How does he make his money?