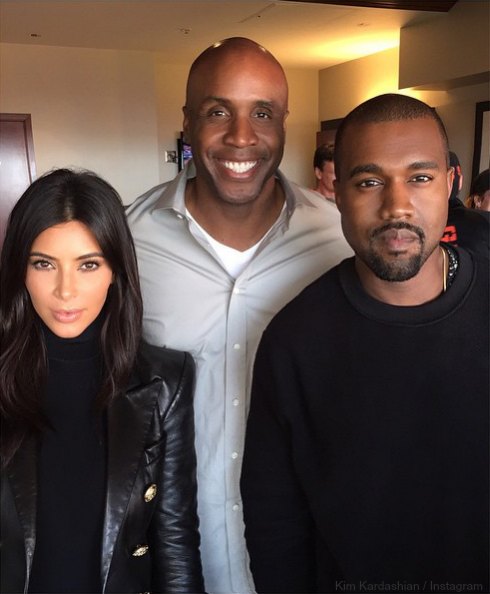 Kimye celebrated their one year engagement anniversary by attending game 5 of the World Series between the San Francisco Giants and the Kansas City Royals. During the game, they hobnobbed with baseball great Barry Bonds. So, why the long face, Kim?

AT&T Park is a special place for the couple as that was the location of their epic engagement in which Kanye rented out the entire baseball stadium and hired a 50-piece orchestra to serenade his love on her 33rd birthday. This is the first time since their engagement the couple has been back to the field.

Is it just me, or does this pic of Kim and Kanye remind you of the famous American Gothic painting? 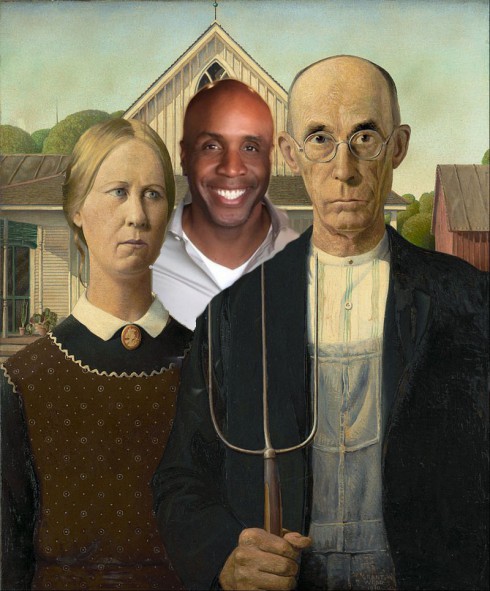 Despite but sour faces, the couple enjoyed their date night when they snapped this selfie with a rare Kim and Kanye smile! 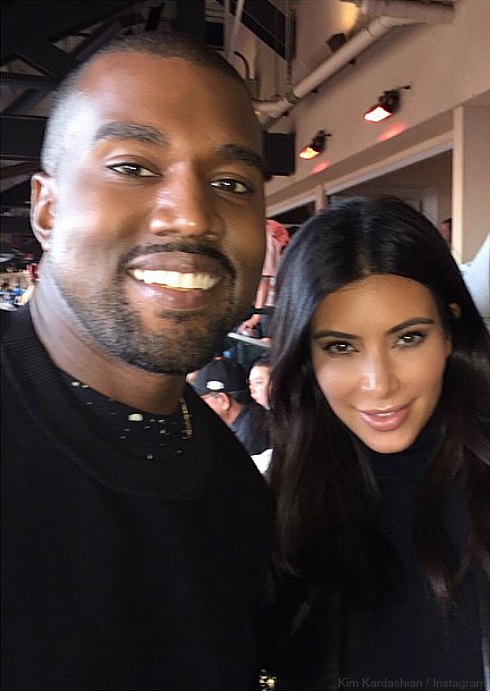 It seems Kim is everywhere these days. She and Kanye just got back from a trip to Vegas where Kanye was performing and Kim was celebrating her 34th birthday at Tao nightclub. The mother of one wasn’t shy about showing off her curves in a white dress with a plunging neck line. Thank goodness for double-sided tape! 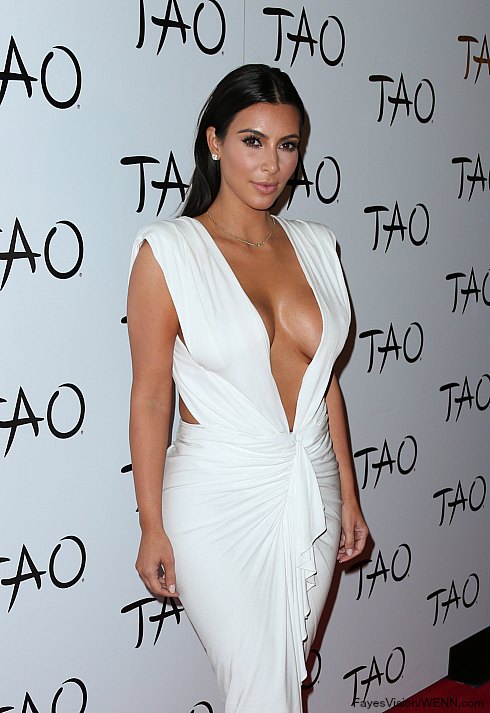