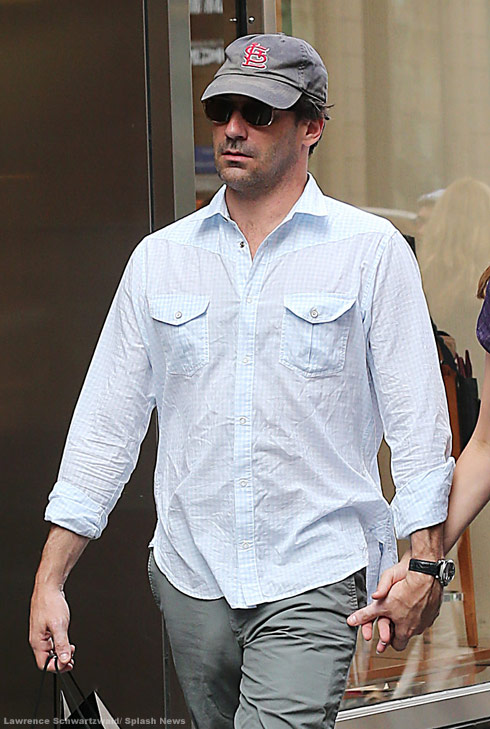 The latest “Hamm’s Lil’ Jon” news comes from an “inside source” via the New York Daily News. This unidentified AMC rat claims Hamm was asked to wear underpants during the filming of the upcoming 6th season due to over exposure. The 60’s era pants are a snug fit and Don Draper’s dangler was said to be causing too much of a distraction.

“This season takes place in the 1960s, where the pants are very tight and leave little to the imagination. Jon’s impressive anatomy is so distracting that they politely insisted on underwear.”

This report, however unfounded it probably is, reeks of the type of sexism that’s often revealed in the fantastic period drama. I don’t see reports about Christina Hendrick’s assets being a problem that require special attention from the wardrobe department. Actually, I suppose it could be a hindrance to concentration if Joan Harris was sans a bra all the time.

Believe it or not, Hamm’s rep actually responded to this mess:

“It is ridiculous and not really funny at all. I’d appreciate you taking the high road and not resorting to something childish like this that’s been blogged about 1,000 times.”

Guilty as charged, as was evidenced in our earlier write-up about rumors that Hamm’s longtime girlfriend Jennifer Westfeldt was longing for her man to put on some under britches.

Jon Hamm wants everyone to lay off his impressive crotch: “I’m wearing pants, for f–k’s sake.”