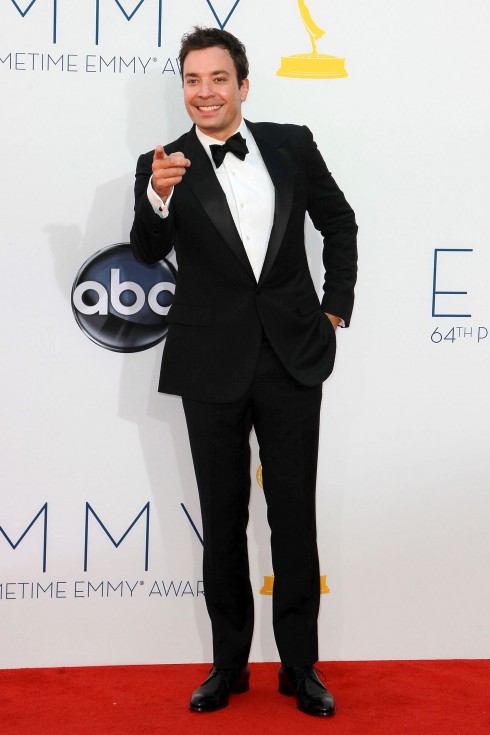 Jimmy Fallon is about to be upgraded! After serving as host of Late Night With Jimmy Fallon for four years, Jimmy is reportedly preparing to move up to an earlier time slot and replace Jay Leno as host of The Tonight Show! While NBC has yet to confirm anything, several sources have reported that Jimmy will be making the move by fall of next year.

According to The New York Times, the network has already decided that once Jimmy takes over, the show will relocate to New York where it originated. NBC has already quietly begun work on a new state-of-the-art studio which is located at 30 Rockefeller Plaza where Jimmy is currently filming Late Night. 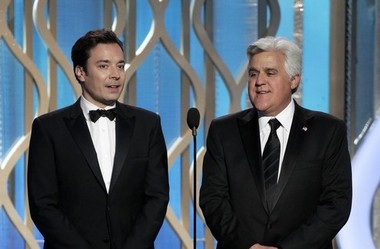 The switch isn’t at all a result of low ratings on Jay’s part, however. In fact, he’s been doing quite well as usual, except for a slight hiccup when Jimmy Kimmel Live moved to an earlier time slot and was in direct competition with The Tonight Show. Apparently, the problem with Jay is the baggage he comes with.

Jay’s relationship with his bosses at NBC are on the rocks — he even called them “snakes” during a recent episode — and his feuds with the other late night talk show hosts, including Jimmy Kimmel and David Letterman, are becoming an issue. Jimmy, on the other hand, is drama-free. “I’m kind of a boring character in that book,” Jimmy explained to GQ Magazine recently. “I’m not in a fight with Jay or Conan, or any of them. I don’t have that story.”

Jimmy also told the magazine that while it would be nice to move up to The Tonight Show, he’s “in no rush” for it to happen. “I mean, in the nicest way, who really cares? It would be great, sure, I guess. I’d love it, but it’s not on my mind.”

However, it is on the mind of Late Night producer Lorne Michaels. “I’m not allowed to say it — yet,” he reveals to GQ. “But I think there’s an inevitability to it. He’s the closest to Carson that I’ve seen of this generation.”