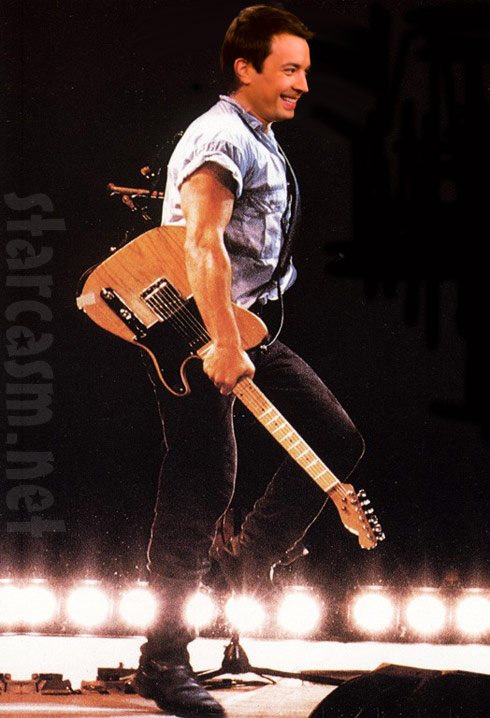 There had been a great deal of speculation over what the grand opening number would be for the 62nd Prime Time Emmy Awards. All we knew is that it involved dancing and an ensemble cast that included Jimmy Fallon, John Hamm, Jane Lynch and others.

While folks tossed about Glee-inspired renditions of Lady Gaga or perhaps a Dancing With The Stars spoof, Jimmy and the crew took everyone by surprise with a hilarious rendition of Bruce Springsteen’s classic rock anthem “Born To Run!” 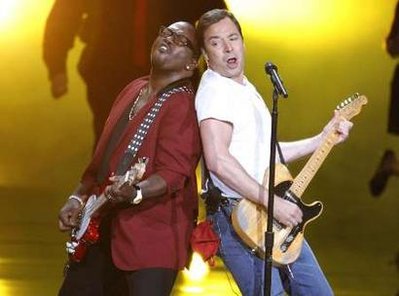 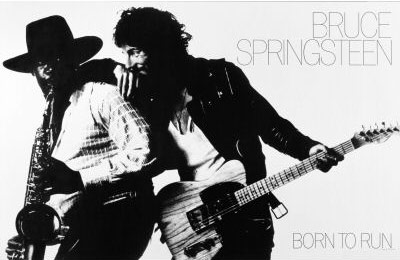 This isn’t the first time Fallon has spoofed Springsteen, he mocked the Boss back in April of 2009 on Late Night With Jimmy Fallon. Though he didn’t sing, he did do the voice and the fashion and even had a guest appearance by Clarence Clemons!(My apologies for the poor quality video – it’s all there was available)

Here is the original by Bruce performed live in 1982:

Here are the “Born to Run” lyrics:

In the day we sweat it out in the streets of a runaway American dream
At night we ride through mansions of glory in suicide machines
Sprung from cages out on highway 9,
Chrome wheeled, fuel injected
and steppin’ out over the line
Baby this town rips the bones from your back
It’s a death trap, it’s a suicide rap
We gotta get out while we’re young
‘Cause tramps like us, baby we were born to run

Wendy let me in I wanna be your friend
I want to guard your dreams and visions
Just wrap your legs ’round these velvet rims
and strap your hands across my engines
Together we could break this trap
We’ll run till we drop, baby we’ll never go back
Will you walk with me out on the wire
‘Cause baby I’m just a scared and lonely rider
But I gotta find out how it feels
I want to know if love is wild
girl I want to know if love is real