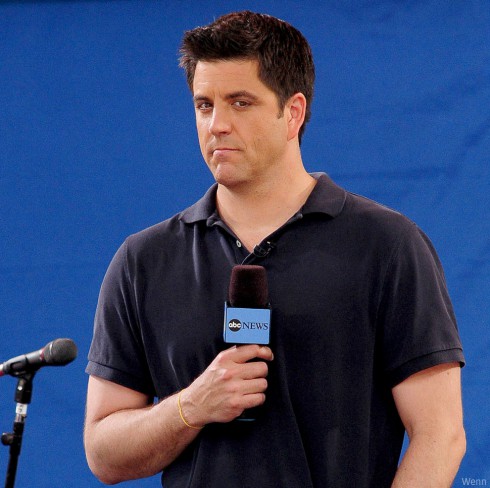 Without so much as an in-person send-off, anchor Josh Elliott left Good Morning America for a new hosting gig with NBC Sports.

People reports Josh’s departure was announced to ABC co-workers in a memo on Sunday night — and was effective immediately. GMA‘s George Stephanopoulos publicly announced the transition on Monday morning, saying Josh will go “back to his roots” with NFL coverage on the NBC network.

“He let us know last night, and, Josh, it has been a great run with you here on GMA,” George said. “We’re very happy you’re going to be pursuing your passion.”

According to other reports, both Josh and NBC have ulterior motives.

“NBC needs someone else besides Willie Geist ready to take over for Matt Lauer when his contract runs out. With the ratings in such bad shape, it’s unlikely that Lauer will continue with Today past 2014,” Showbiz411 reported today.

Officially, Josh is departing ABC because of a salary standoff: He wanted $8 million per year, but the network only agreed to $4-5 million, which was still a substantial increase from his current $800,000 annual paycheck.

As Showbiz411 notes, the story that NBC is paying Josh more than $5 million to serve as an NFL commentator should raise some eyebrows. And, considering Josh is more popular than any of Today‘s anchors, NBC has good reason to move him into a larger role in the near future. 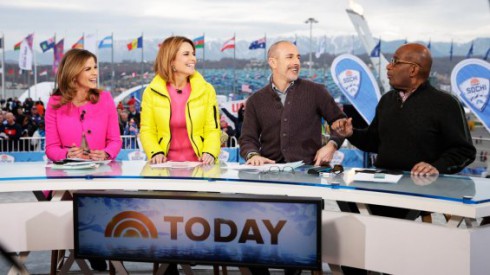 Over at NBC, longtime Today anchor Matt Lauer has been on thin ice ever since the Ann Curry debacle in 2012. (Both viewers and his own co-anchors blamed Matt for pushing the lovable reporter off the air.)

Meanwhile, GMA is holding steady as the No. 1 morning news show. Time will tell whether Josh’s departure will affect those ratings.