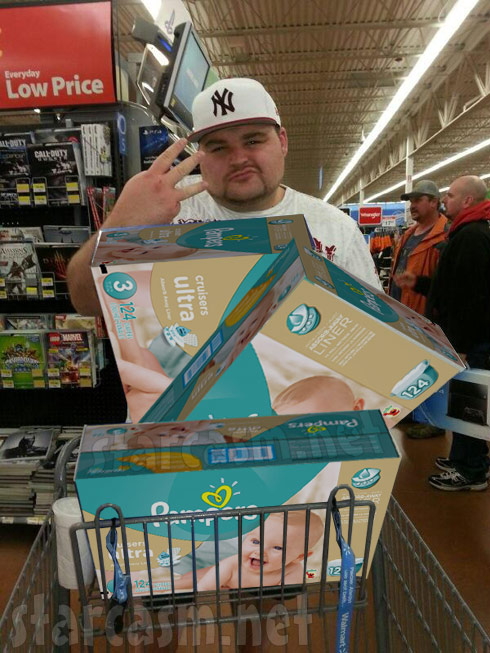 On this week’s “Ask the Moms” special, MTV gave fans a preview of what to expect when the original Teen Mom returns in early 2015, including some apparent drama between Amber Portwood and the girlfriend of her ex, Gary Shirley. On the special, Amber says Gary led her on while she was in jail and did not tell her he was actually dating another girl named Kristina Anderson. When pressed for details, Amber merely said that Gary and Kristina “deserve each other.”

You might recall that Amber and Kristina reportedly had a heated exchange at an open house where both their daughters Leah and Karly attend back in early August, before the taping of the “Ask the Teen Moms” special. Amber later denied those reports on Twitter, writing, “me and his girlfriend never got into a fight so whoever sold this story is ignorant.”

In addition to the obvious tension between Amber, 24, and Kristina, 32, Teen Mom fans can also apparently expect to see Gary, 27, become a dad again! Radar Online is reporting that Kristina is pregnant with his child!

“Gary told Amber that Kristina is pregnant with his baby about a month ago,” a source close to Amber told the site.

Gary hasn’t confirmed the reports, although he did seem to drop a mighty heavy hint with this tweet last month:

He followed that up with:

So my sister had twins a couple of weeks ago and my bro just had a son today! Baby's everywhere!

Gary and Kristina reportedly began dating early last year, although there was at least one split last year that was documented by Gary Shirley’s memorable Twitter tirade insinuating Kristina had cheated. (That seemed like the old Gary we all know from Teen Mom, which isn’t a good thing.)

Meanwhile, Amber is trying to avoid getting caught up in Gary’s drama.

“She’s focusing on herself and getting more time with Leah,” Radar‘s source says. “Leah is her main concern.”