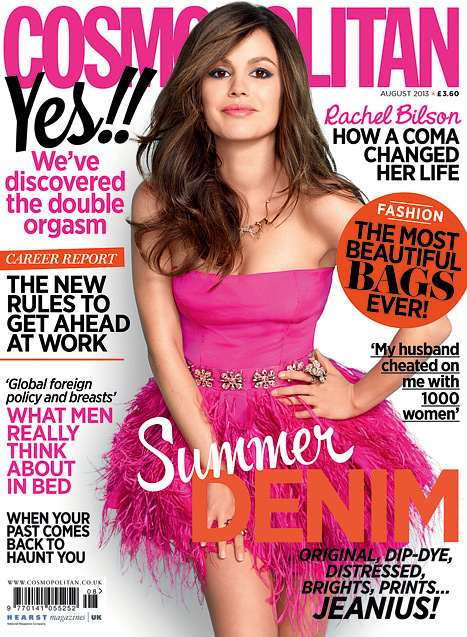 Rachel Bilson was one of the many stars to be targeted by Alexis Neiers and the entire bling ring bunch years ago in their string of robberies. Now that the ordeal has been made into a movie, the former O.C. actress is speaking out. In the new issue of British Cosmopolitan, Rachel reacts to the making of the movie as well as her future with Hayden Christensen, her unexpected career aspirations, and more.

“I thought it was weird to glorify something that was so upsetting for a lot of people,” Rachel said of the film. “It’s important to detach from material things, but the special, personal things I lost are hard to forget.” Among the things stolen from Rachel’s home was her mother’s engagement ring which held a lot of sentimental value for Rachel. Thousands of dollars’ worth of designer clothes were also taken.

While she never robbed any celebrity homes in her younger years, Rachel does admit to going “through a little bit of a wild phase” during her teens. However, after a car accident nearly took her life, Rachel pulled it together and gained a better focus on what was really important.

“It definitely impacted me and how I was living my life,” she said. “It was a wake-up call…I had no choice but to wake up and get with the program.”

Now thirty, Rachel says her priorities have changed — even from what they were in her O.C. days. “I thought I knew everything,” Rachel says of her mind set going into the show, “but now I look back and think, ‘You were a dumb a**! What was your problem?'”

“Thirty is a whole different thing; you can slow down and focus on family,” Rachel continues. “Starting a family one day is definitely something I look forward to.” 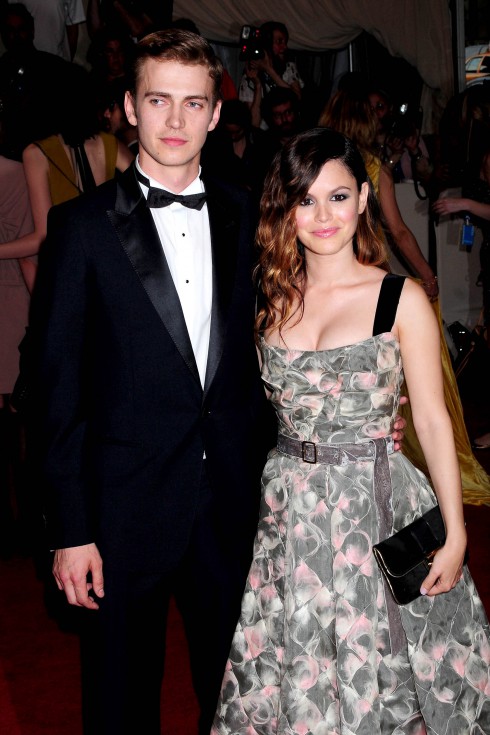 ^ Hayden Christensen and Rachel Bilson at The Costume Institute Gala Benefit at The Metropolitan Museum of Art in New York City. (Photo: WENN)

Although Rachel’s parents are divorced, she says it has no impact on her own relationship with Hayden Christensen who she began dating in 2007 after meeting on the set of Jumper.

“My parents’ divorce didn’t make me cynical about love and marriage. I’ve always been a big romantic, and I look forward to all those things,” she said. “I’ve been in a relationship [with Hayden] for six years, and I’m happy…To have a partner is one of the greatest things. I’ve always been a fan of love…I’m an emotional person; I go with my heart before my head every time!”

Also during the interview, Rachel revealed one of her secret fantasies. “If I could karaoke duet with anyone, it would be Eminem,” she explained. “I secretly want to be a rapper.”

Earlier this year, Rachel recorded a hilarious video for Funny or Die in which she was just that. Below you can see the actress living out her dream but be warned — the video contains profanities.

Who is Raven-Symone dating?