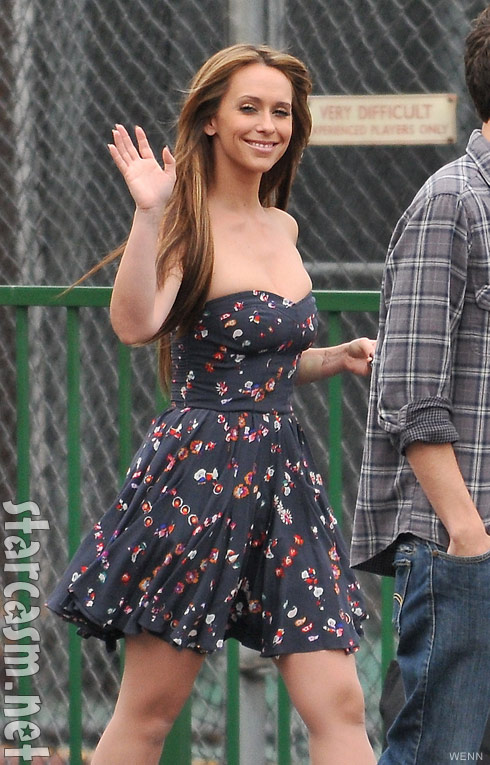 In “the internet just became less pleasant” news, actress Jennifer Love Hewitt, who recently announced she is expecting her first child, appears to have quit Twitter due to “all the negativity.” The 34-year-old star of The Client List made the announcement on Wednesday to her more than 600,000 followers:

Unfortunately with all the negativity people choose to send on twitter as well as threats to there own well being. I’m sad to say twitter is No longer for me. I have enjoyed all the kindness and love that came my way, as well as support. But this break is needed. Life should be filled with positivity and holding each other up, not making threats and sending bad vibes. To those of you who made it a joy Thank you from the bottom of my heart.

Being a celebrity blogger, one of the most shocking things I’ve become aware of is the amount of animosity and outright vitriol people in the public eye have to deal with. And it makes no difference whether they are the kind of folks that seem to seek it out or if they’re seemingly some of the kindest, biggest hearted folks with only nice things to say (ie Jennifer Love Hewitt). And as much as it saddens me that someone like Jennifer feels like she has to step away from the hundreds of thousands of admirers who have nothing but wonderful and supportive things to say about her because of a small group of trolls and hate mongers are trying to compensate for things lacking in their lives by publicly lashing out at a person they’ve never met, I totally get it.

I can’t imagine being in such a wonderful place (she just got engaged, is pregnant for the first time) and then reading the unavoidable hateful comments and realizing your joy has been lessened to some degree. Why would anyone allow that in his or her life if they could choose not to?

But that doesn’t mean that I can’t lament the fact that negative people have forced such a positive person to abandon her online presence 🙁 American Pickers star Danielle Colby always seems to do a fantastic job dealing with the haters, so I’ll end this post with some serious grrrrrrl power from Danielle that will serve as my bid to inspire J. Love to return to the interwebs, or at least make her feel a little better:

Blazing trails and living in harmony with my own sense of self is never easy, I have dealt with this small group of disapproving people my whole life. Things will never change, there will always be a small group of disapproving people who will speak their mind, fortunately their small voices will always be drowned out by the roar of strong empowered women and men who “get it”. So to those who do get it, thank you for your uplifting comments and support. You had me at Hello 😉 I may lose fans, I would rather have fewer fans and know in my soul that I am secure in my skin, even if that is all I am wearing. I truly love you guys!