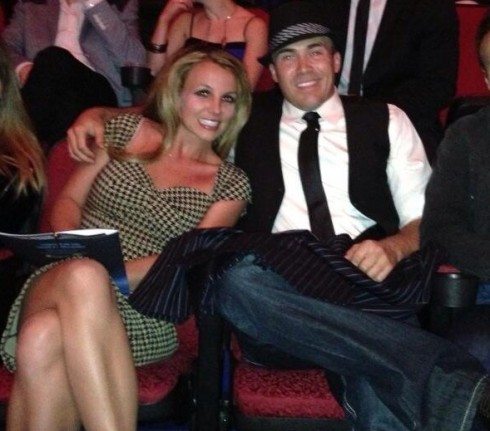 Britney Spears is getting serious with her boyfriend David Lucado. The two began dating in February, just one month after calling it quits with her manager/fiancé Jason Trawick. Now, David has reportedly moved in with Britney. While things seem to be moving quickly, David’s friends and family say there’s nothing to worry about when it comes to Britney’s new man.

“He’s a true Southern gentleman and I could never see him doing anything to hurt her,” David’s aunt Gayle Lucado reveals to In Touch, adding David moved to Los Angeles for “a girl he’d met while working in Atlanta.” After the two split, he met Britney and has been smitten ever since. 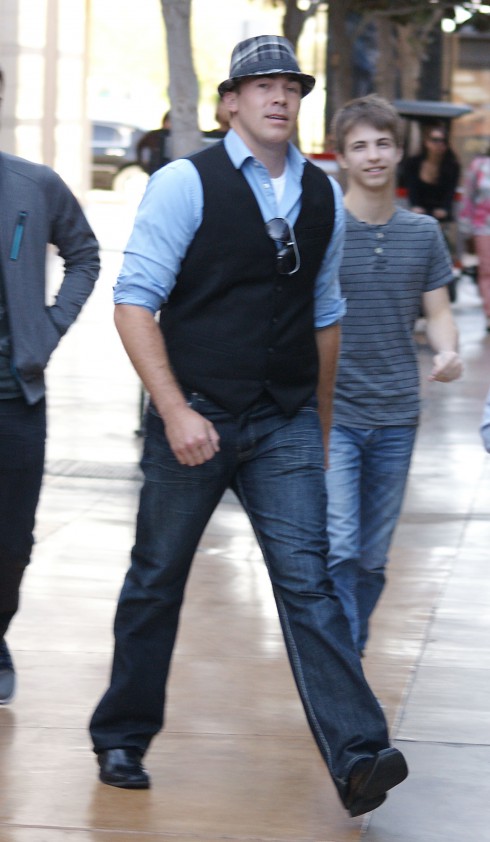 ^ David Lucado arrives at the Meatball Spot in Las Vegas to have dinner with his girlfriend Britney Spears on March 23, 2013. (Photo: WENN.com)

David’s friend Eddie Pinigis seconds his aunt’s statement, even going as far as to say that David could be the best thing that’s happen to Britney. “He’s a nice, grounded person,” Eddie says. “He isn’t a drinker or a party type either — he’s got really good family values.” That will come in handy since Britney already has two children from her marriage to Kevin Federline.

Unfortunately, Britney’s family isn’t so thrilled with her current cycle of jumping in and out of relationships. “Her family thinks it’s crazy she moved on so quickly from Jason, but they aren’t surprised. It’s her pattern.”

VANDERPUMP RULES: Jax Taylor’s tragedy and how he convinced Brittany to date him again