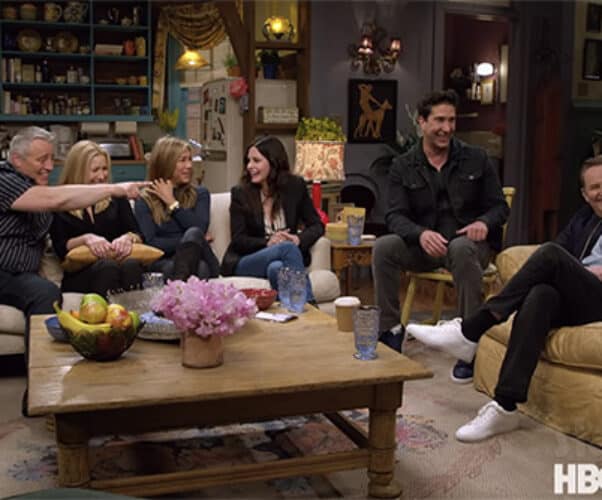 DLISTED – “When it hasn’t been your day, your week, your month, or even your year…” HBO’ll be there for you! With a Friends Reunion special!! The Friends Reunion premieres next week and HBO has released the emotional preview trailer!

REALITY TEA – Luann de Lesseps has moved past the Countess phase in her life, and now she hopes to move on to the Playboy bunny phase. Apparently unaware that OnlyFans has cut out the middle man when it comes to publishing softcore photographs, Luann recently revealed that she would love to pose for the bunny zine.

CELEBITCHY – Duchess Meghan Markle is all about stealing Princess Eugenie’s thunder with birth announcements, but now Eugenia’s sister, Princess Beatrice, has returned the favor by announcing her pregnancy on Meghan and Prince Harry’s third wedding anniversary! So much blueblood shade!

THE BLEMISH – There’s no doubt that America Republicans were severely disappointed that their favorite candidate lost the 2020 Presidential election. But there’s still reason for hope because Kaye West hasn’t ruled out running again in 2024!

THE ASHLEY’S REALITY ROUNDUP – It seems the wall between the Unitd States and Mexico isn’t the only wall the Duggars support! Jim Bob is reportedly worried about Josh Duggar’s safety, and he plans to build a fence around the house where he is staying until his child pornography trial is over.

THE GRACE REPORT – Video recap of this week’s Teen Mom 2 episode. Includes Florida deadbeat Louis ghosting his daughter Stella for the millionth time, $500k + per year Leah Messer confessing to not having health insurance, Ashley Jones toying with the idea of not having a wedding, Jade Cline moving out of her house like a thief in the night, and Kailyn Lowry continuing to pretend Nathalie isn’t her live-in nanny.

REALITEASQUAD – Is Anna Duggar a fit parent? “By now news of Josh’s arrest has been circulating the interwebs. Given the IBLP doctrine and Anna’s track record of standing by her man, many are concerned of her ability to supervise Josh.”