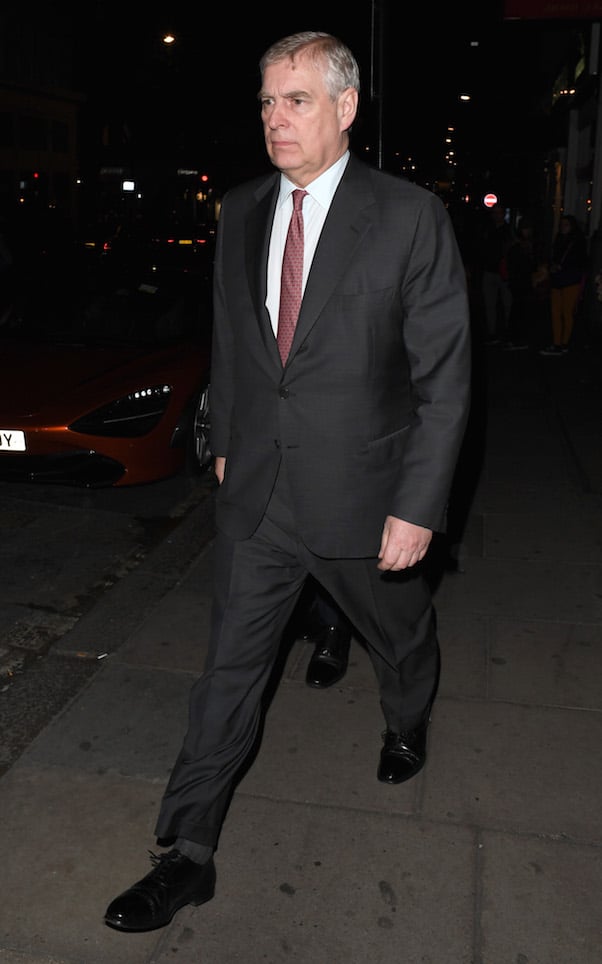 CELEBITCHY – With Prince Andrew now just Andrew thanks to the fallout from his relationship with Jeffrey Epstein and the absolute catastrophe that was his BBC interview, the royal family would like to believe that the worst of this particular scandal has passed. Buckingham Palace is about to be inundated with PR people sending unsolicited résumés

LAINEY GOSSIP – It’s also completely unsurprising that there are now at least two major features on the people responsible for making Andrew’s interview happen and the process behind its production. And even in these pieces Andrew stands out as being almost childishly naïve about how badly the thing went

DLISTED – The 2019 Victoria’s Secret Fashion Show has officially been canceled, and it looks like the show is not likely to come back anytime soon. I had completely forgotten that it usually films right around this time of year, which definitely says something about my shortcomings as a gossip blogger but also speaks to how irrelevant the lingerie parade was becoming

VOX – “She was fatally strangled. The media is making it about her sex life: Grace Millane’s story is part of a larger pattern of victim-blaming”

THE BLAST – Meet the people where they are, Yeezy: “Kanye West will have plenty of sinners to fill with the power of the lord if he accepts the invitation to bring his Sunday Service to a popular strip club in New York City”

THE ASHLEY’S REALITY ROUNDUP – Jersey Shore star Angelina Pivarnick is apparently not speaking to three of her co-stars-slash-bridesmaids because they roasted her with some good-natured jokes during their speeches at her wedding this week. Isn’t roasting and / or telling embarrassing stories from childhood pretty standard for a wedding toast? I don’t think I’ve ever been to a wedding that didn’t have at least one speech intended to tease the newlyweds