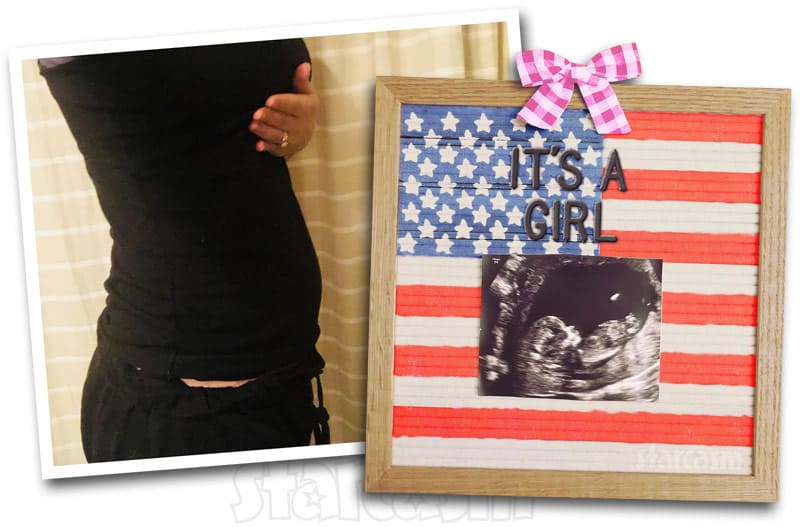 Teen Mom 2 star Chelsea Houska surprised EVERYONE late last night when she revealed that she is pregnant with her third child! And not just pregnant — but pretty far along!

“….GUESS WHAT!” Chelsea captioned the framed sonogram on Instagram, which we Cole DeBoerized a bit above by adding some stars and stripes. “A sweet baby girl will be joining the DeBoer clan in a few short months! We could not be more excited! ?” Pop-to-be Cole posted the same photo and wrote: “This proud dad is getting a new Bow ? and it’s nailed my heart ?.”

Chelsea followed up her sonogram announcement with a baby bump photo on Twitter as well as some more details about her current pregnancy via interactions with her followers. 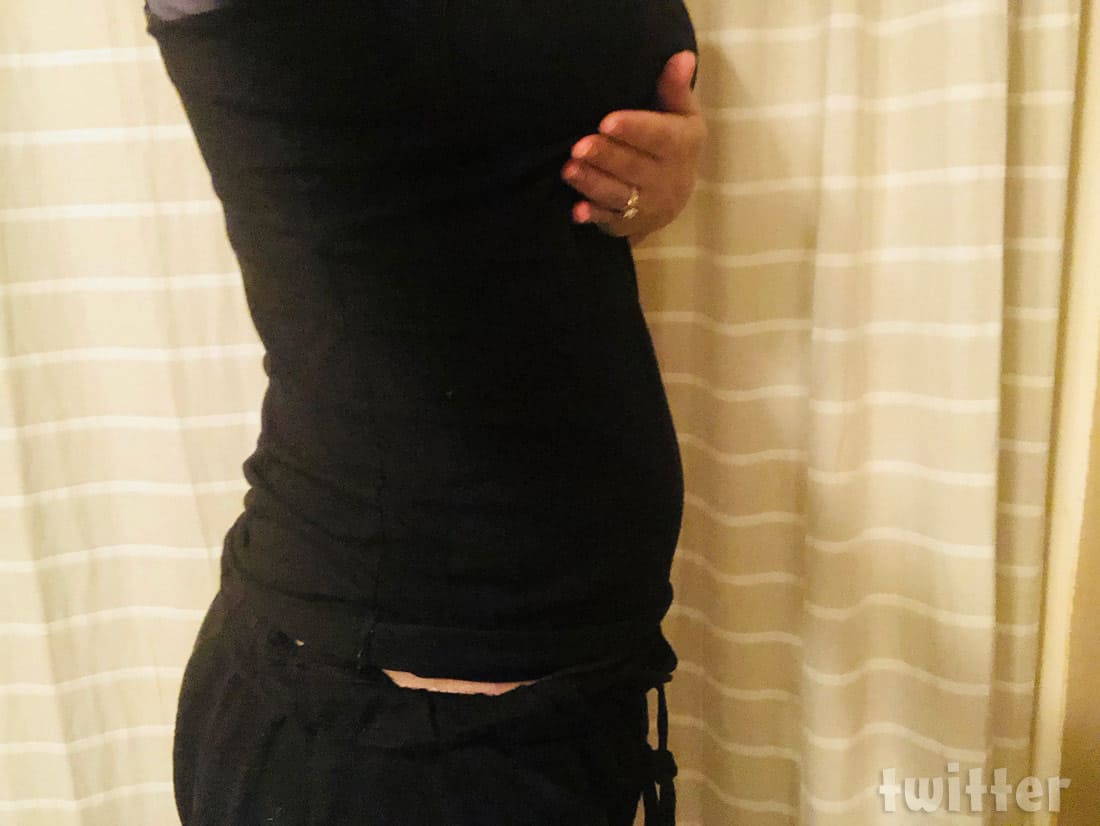 “Here’s the wittle bump since everyone’s been asking lol,” Chelsea captioned the picture. “This pregnancy has been a breeze so far and I feel pretty damn good!”

In her initial announcement, Chelsea stated that the baby would arrive in “just a few short months,” but she clarified that a bit when asked on Twitter by revealing that she is currently “about four months” along and that her due date is in September. “But I’m thinking she’ll come in August because I tend to have my babies a couple weeks early!” Chelsea clarified, adding: “We’ll see!”

Another Twitter user was curious about how the couple found out the sex of the baby. “Did you have a blood gender test done? I’m due in october and wont get to see the gender for another 10 weeks,” Chelsea was asked. “We found out through a blood test at 10 weeks!” she responded.

Chelsea even shared some information about her “pregnancy fashion” after a Twitter follower brought it up. “So far it consists of leggings and hoodies cause it’s freezing here ?” Chelsea revealed. “We’ll see how I keep myself together in the summer though! I remember summer was miserable when I was pregnant with Aubree!”

Chelsea received a DELUGE of positive responses after her announcement, including congratulations from her Teen Mom 2 co-stars:

Speaking of Jenelle, the moms of Teen Mom 2 live their lives in a the VERY bright spotlight of the media (and social media), so how in the world was Chelsea able to keep her pregnancy secret for so long?! I suppose part of the reason is that she lives in South Dakota, where the spotlight of the media rarely shines. But another major reason is the super-human secret keeping abilities of Grandpaparadlicious and his wife Rita!

I would like official recognition from @ChelseaHouska that @ritahouska and I are the most awesome secret keepers #BOOM #1moreDeBoer pic.twitter.com/epsOHXzIRv

Mad props to you Dr. Randy.

We can’t wait to see Chelsea’s new pregnancy journey on the next season of Teen Mom 2!