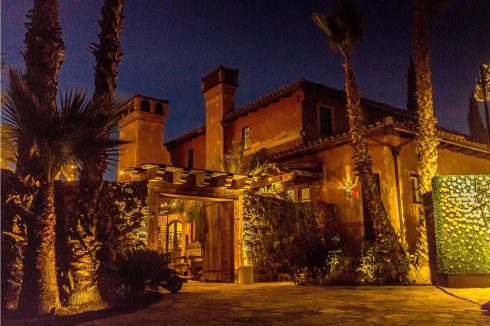 The mansion used as the setting for ABC’s The Bachelor and The Bachelorette matchmaking shows has become a familiar character all its own since its debut in 2006. The well-lit, sprawling house seems like it only exists in an odd reality T.V. fairytale of roses, champagne and lovers eliminated one by one, but it turns out that a real family owns and lives in the home when ABC isn’t shooting one of their shows.

Marshall Haradan owns the Tuscan-style Agoura Hills, California house known as “Villa De La Vina” and he, his family, and all their stuff move out of the 6six-bedroom, nine-bathroom 9,000-square-foot home twice a year.

The production crew is there a total of 84 days a year, 42 each time. They set the family up in a nice hotel and take care of all the moving and show set up. 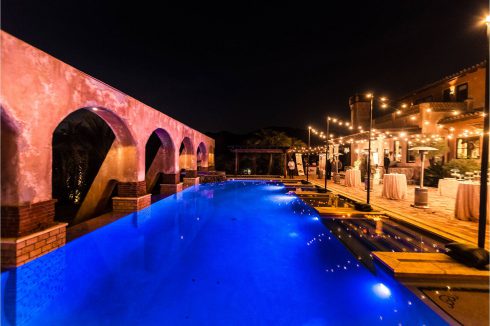 The constant moving can definitely be a hassle for the family and for six years they actually moved out of their home so it would be less of a stress on their then school-aged children. A few years ago the house was up for rent when filming wasn’t in session, so it was presumably during this time. Nowadays, however, you can’t stay at The Bachelor house because the family is back to occupying it when TV cameras aren’t around.

Haradan is the president of construction company The Marshall Group, which built the house in 2004. At the time he had no idea that he wasn’t just building a dream home for his family, but a house of dreams for pop culture.

I'm grateful for the four best children a man could ask for. Happy Thanksgiving! I hope your day was as blessed as ours. #familylove#happythankgiving#themarshallgroup#piratenationbrewing#buildingthebes#brewerybuilders#brewerycontractors#cheers#thanksgiving#malibu#agoura#bachelor#bachelormansion

In 2016 The Marshall Group’s Instagram shared a photo of Marshall Haradan’s children posing in front of the iconic house entryway.

The house isn’t open for tours and the family is actually living in the home during the times the show airs. Still, many Bachelor and Bachelorette fans are under the illusion that the show’s filming during the time it’s on television. Sometimes they even show up trying to catch a glimpse while the family’s just trying to live their lives. “People think that when the show’s on TV, it’s happening at the house. Sometimes when we come home for dinner at 9 or 10 at night, there’s people outside the gate climbing over the fence or on top of their cars trying to take pictures,” Haraden told TODAY.

One way the show keeps the house’s look fresh is to continuously paint the rooms. Each year they’ll apply two coats of paint because they want different color schemes for The Bachelor and The Bachelorette.

The house hasn’t just been used on The Bachelor, it’s also served as a setting for several commercials and temporary spots in TV shows like Quantico.

Right now the house is filming season 14 of The Bachelorette with Becca Kufrin, which premieres May 28 on ABC.

PHOTO Christina Aguilera out without lipstick