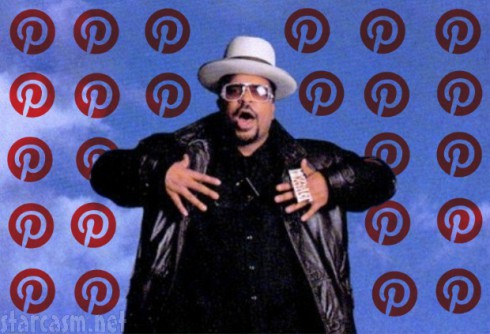 If you were on Pinterest last night and noticed friends’ boards were suddenly overrun by booty shots, your first reaction may have been that Sir Mix-a-Lot joined the site and gained immediate popularity. In fact, Pinterst confirms the social sharing site was hacked by a booty lover.

Dear @Pinterest my accounts been hacked with someone posting hundreds of butt pictures all over my boards-security??! pic.twitter.com/A3u6QOS97k

Pinterest reps confirmed there was a small-scale security breach, telling Tech Crunch they responded to the unusual activity by putting the accounts in safe mode. The rep said in full…

Our systems were alerted to some incidents of spam yesterday evening. These reports did not come in at a large scale. We began working on cleaning up and placing the accounts in safe mode immediately. The accounts have since been secured. As a precaution, Pinners should use unique and strong passwords, and can get more information in our Help Center.

Although hacking has long been an issue on Facebook and Twitter, the Better Business Bureau just recently addressed security concerns on the popular digital pin board.

“Common scam pins include celebrity and beauty photos, giveaway offers, before and after diet pics and even infographics. The images always have tantalizing captions that urge you to click,” the BBB said in a March 3 report. “But when you click on the image, you aren’t taken to an article or the real business’s website. Instead, you find yourself at a site selling counterfeit products, featuring a bogus news story or promoting work from home opportunities, among others.”

To protect yourself from getting hacked, the BBB advised users to double-check links before pinning, create complex passwords and think twice before linking to other social media sites.