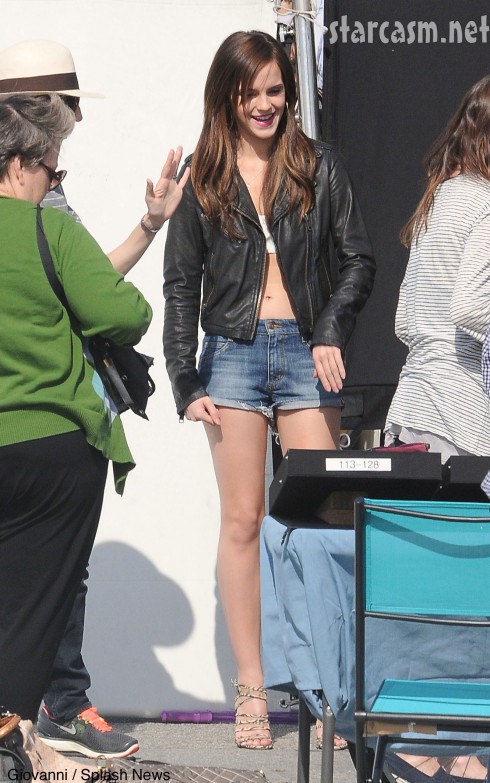 Emma looks completely different from her usual self with her long-brown hair, bare midriff, short-shorts, and tramp stamp: 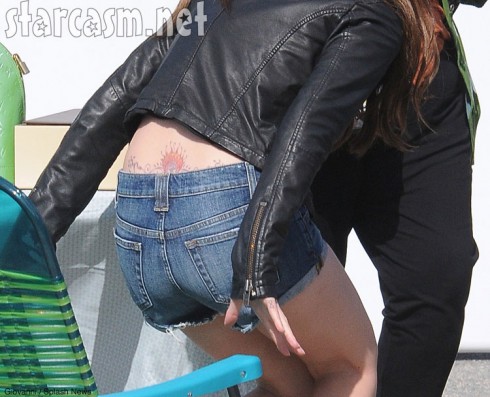 The Bling Ring, or The Burglar Bunch refers to a crime spree targeting celebrity homes in Calabasas, CA from October 2008 to August 2009. The ring consisted of privileged teens led by Rachel Lee (there is a corresponding character named Rebecca played by Katie Change in the Coppola movie.) The main celebrity victims were Paris Hilton, Orlando Bloom and Miranda Kerr, Lindsay Lohan, Brian Austin Green and Megan Fox, Rachel Bilson, and Audrina Patridge. The group reportedly made off with about $3 million worth of stolen items from the stars, and used their loot to help fuel a luxe, drug-fueled lifestyle.

Alexis supposedly had a limited roll in the burglaries, but put the spotlight on herself by appearing in a reality show, and participating in media interviews. She was staying with Nick Prugo after he mom kicked her out for smoking Oxycontin. She accompanied Prugo to an Orlando Bloom robbery. Alexis claims she was too drunk to know what was going on, and even threw up in Orlando’s bushes. Even though that was the only burglary Alexis claimed to be involved with (she was caught on a sercurity tape) Rachel Bilson’s Marc Jacobs bag and Lindsay Lohan’s black and white Chanel necklace were found in the bedroom of Alexis’ younger sister. Alexis served only 30 days of her 6 month sentence, and then was arrested again December 2010 for possession of black tar heroin.

Sophia Coppolas’ film reportedly has a docu-drama feel (which is fitting since Alexis, her mom Andrea, her younger sister Gabby, and her “sister” Tess Taylor starred in a E! reality show called Pretty Wild in 2010. On the show mom Andrea encouraged her daughters to both explore their spirituality AND explore their opportunities to get famous. 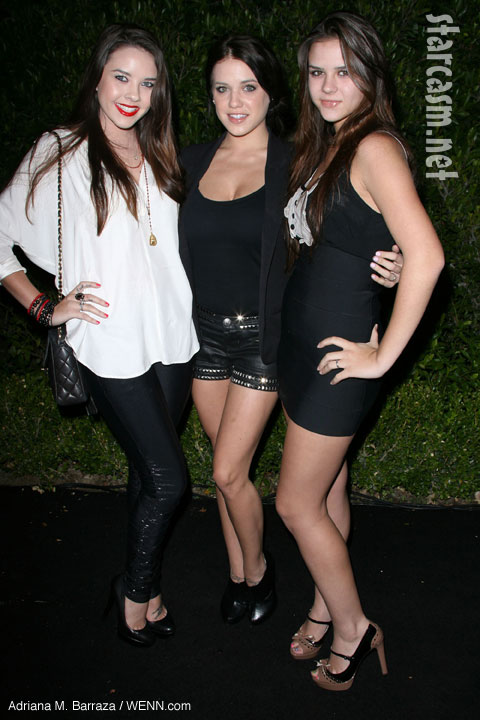 Here’s the scoop from indiewire.com, who got a hold of the script:

The script opens (after a knowing quote from Nicole Ritchie’s Twitter page) in media res, with the gang breaking into a Hollywood mansion, followed by indicators of their future arrest, and glimpses of interviews by the teens with journalists after the fact. This structure runs throughout, and other than changing the names of the central characters, Coppola seems to have stuck closely to how the true events unfolded (if not necessarily the biographical facts), and it lends the script an almost-docu-drama feel throughout.

Sofia Coppola’s The Bling Ring is due out in 2013.

Kylie Jenner definitely pre-engaged to Tyga, wearing promise ring she may have bought herself