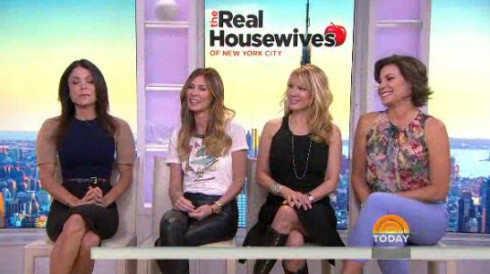 The new season of The Real Housewives of New York is just around the corner and four of the ladies visited the Today show to dish on the deets. Bethenny, Carole, Ramona, and LuAnn talked candidly to Hoda and Kathy about how the 7th season is different and what makes it so good.

The most notable difference this season is of course the return of Bethenny Frankel. Though she doesn’t have a new Skinny Girl product to promote or a boozy drink to create, it wouldn’t be Bethenny if she wasn’t pushing something. In this case, the premier of the new season coincides with the release of her new book I Suck at Relationships So You Don’t Have To.

Fresh off her split from Mario, it appears Ramona has softened. Ramona admits that the betrayal she faced was terrible and she wouldn’t wish it on her worst enemy. LuAnn claims that she’s no longer “Ra-mean-a” and divorce “suites her.”

In a separate one-on-one interview, Bethenny discusses the reasons why she returned to the Real Housewives and slams the door on the rumor that she had no other options after her talk show was cancelled. According to Bethenny, she was approached to be on Shark Tank among other offers. 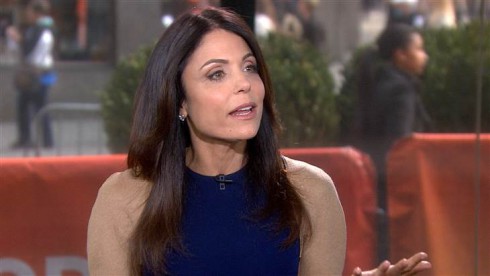 The topic of Bethenny’s weight came up, as it often does, and the Skinny Girl defended herself while owning it at the same. The mother-of-one, who is said to be 5’6″, fought back against criticism that she doesn’t even weigh 100 pounds by saying, “I weigh 115 pounds. I’ll be happy to get on the Today show scale.”

Are you excited for the new season? Do you think it will be as good as the ladies are claiming?

Don’t forget to tune in to the new season of The Real Housewives of New York when it premiers tomorrow at 9/8c on Bravo.

VIDEO – Is Kelly Bensimon crazy, unraveling? Why is she scared of Bethenny?