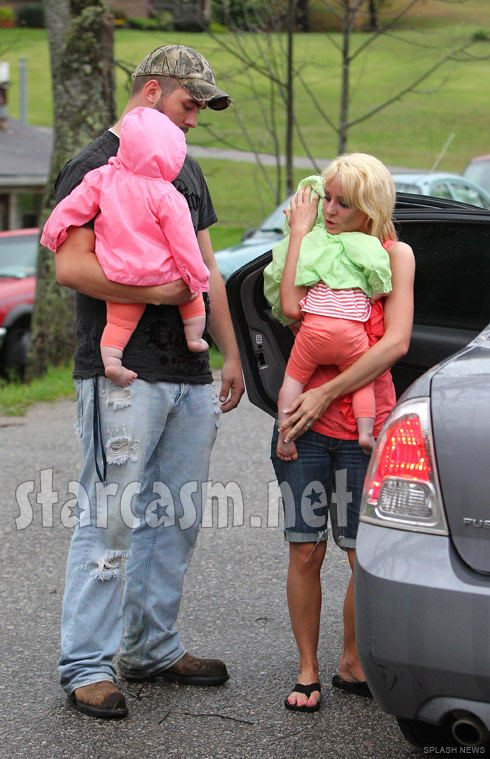 In what may be the straw that breaks the backs of Teen Mom 2 hopeless romantics, Leah Messer was photographed earlier today moving her belongings out of the home she shared with Corey Simms in Clay, West Virginia.

As you might expect, the scene was an emotional one as Leah and Corey reportedly got into another heated argument during which Leah cried uncontrollably, causing her mascara to run down her cheeks. Add in the fact that it was raining (Murphy’s Law) and poor Leah was left looking like Britney Spears from one of her bad years: 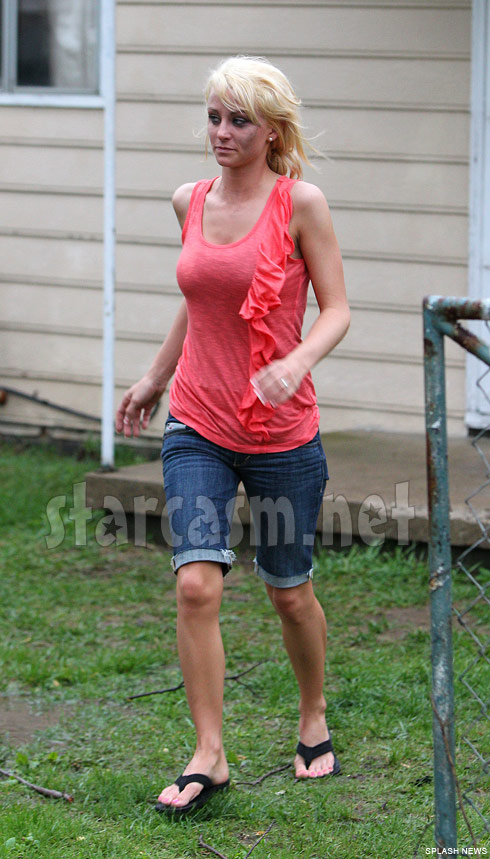 After all her items were packed into a moving truck, Corey handed over the twins to Leah, who held back the tears and smiled for her little girls. (I’m sorry we don’t have those images – we were only able to get the two photos above.) It should be noted that Leah appears to still be wearing her ring and Corey is not. (His left hand is clear in the other pictures)

This stuff is depressing. And until the next season airs (the MTV crew was there filming yesterday) we’re left to speculate what is going on based on tabloid stories and paparazzi photos. Adding insult to injury, Corey was sporting his song-inspiring weathered camo West Virginia ball cap.

At this point, Corey and Leah deserve a serious country song. As a matter of fact, let me offer up one of the greatest (and most heart-breaking) songs ever written performed by Tammy Wynette and George Jones titled “Golden Ring:”