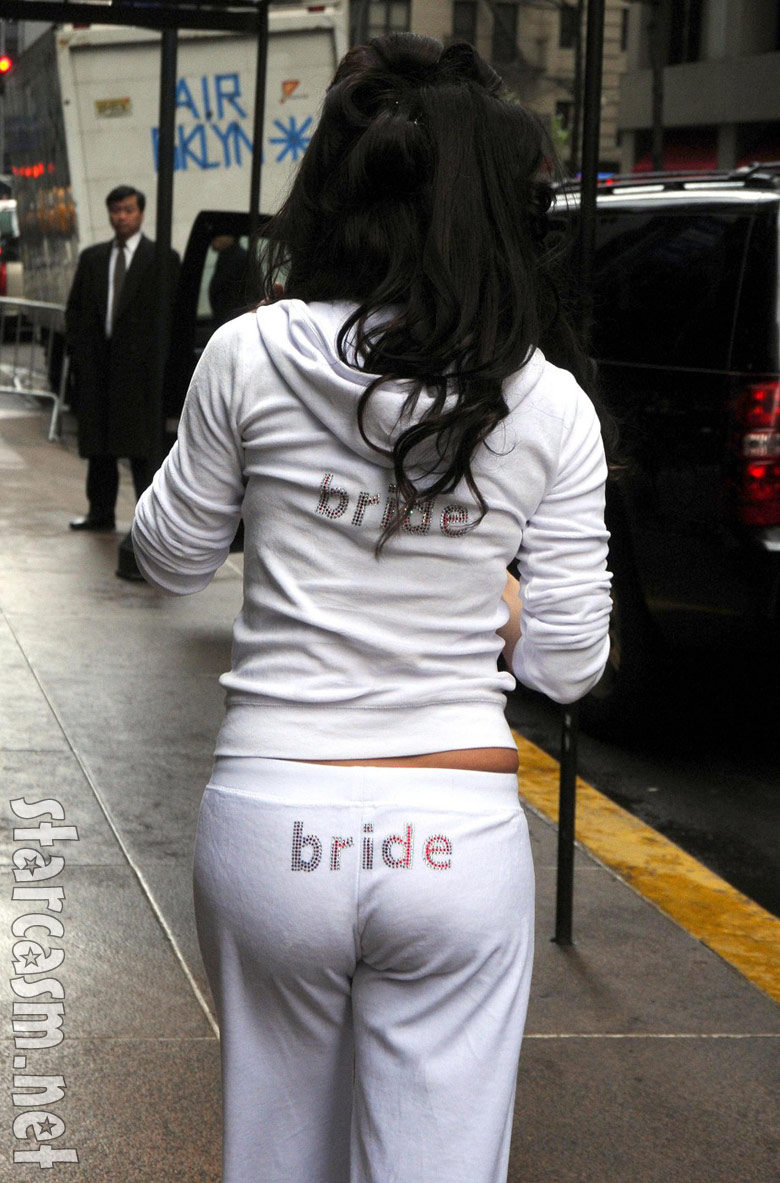 Bethenny says her weddings was the best night of her life, click here to read more

UPDATE 4/2/10 – CLICK HERE to see pictures from the actual ceremony, including Bethenny and husband Jason Hoppy!

We haven’t been able to uncover any pictures of the actual wedding ceremony, but we do have photos of some of the arrivals, including Bethenny Frankel herself! The photo above show Bethenny in typically brash fashion sporting a tight pair of pants with the word “BRIDE” stamped across her badonkadonk. But Bethenny wasn’t just showing off her junk in the trunk, she also had a bun in the oven under her hood in the form of her eight-month-old child-to-be! 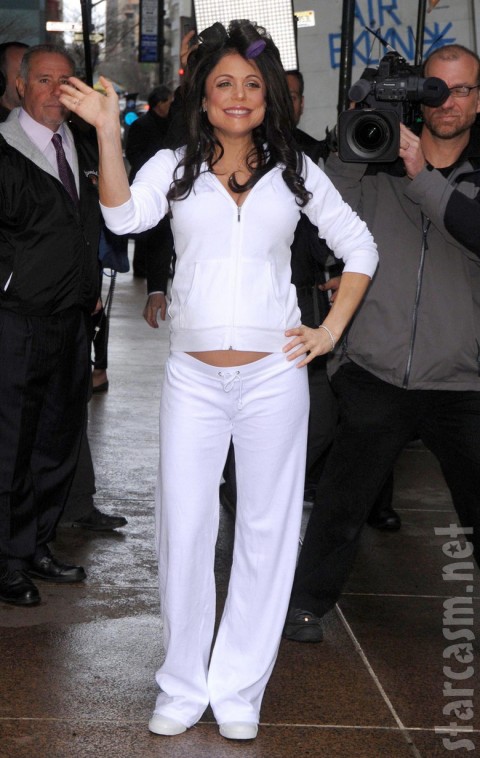 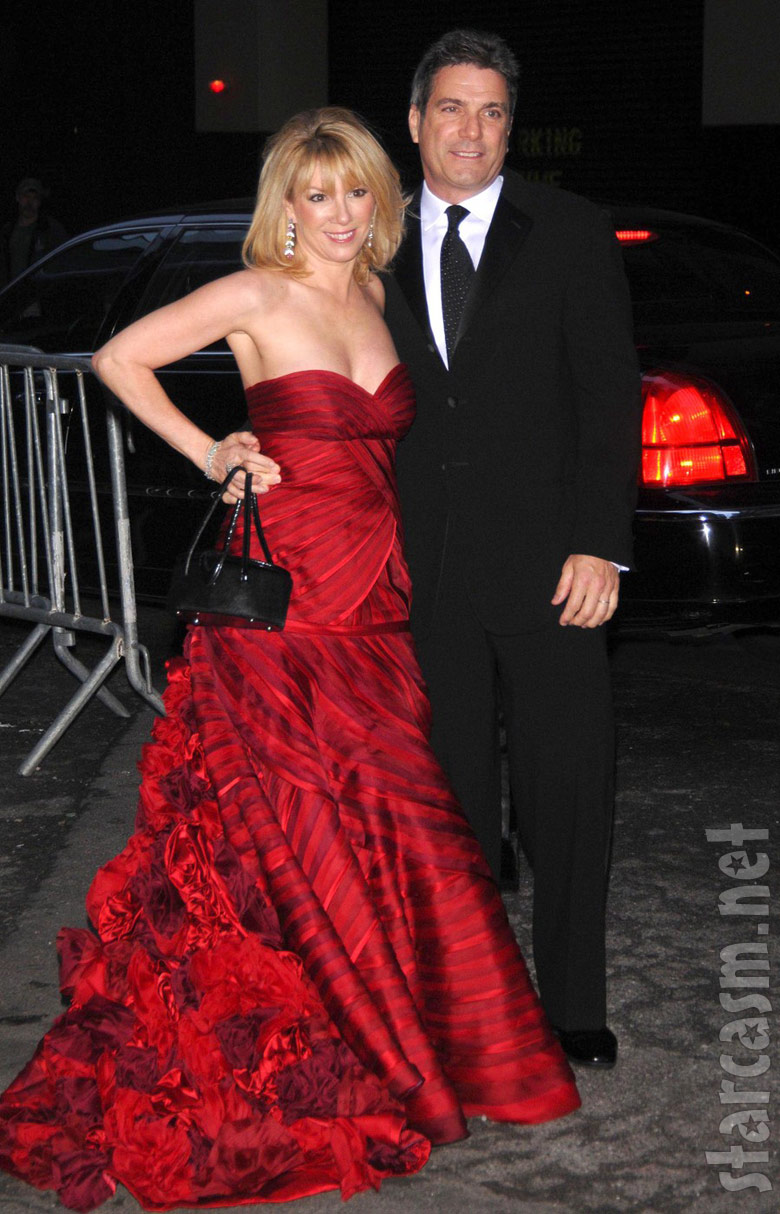 Ramona is not only a Ramona coaster of emotion but she has her ups and downs as far as how she looks as well. But, Ramona looks great here! She looks vibrant and joyful without appearing insane! Okay, turn around Ramona – let’s get a look at that derriere! 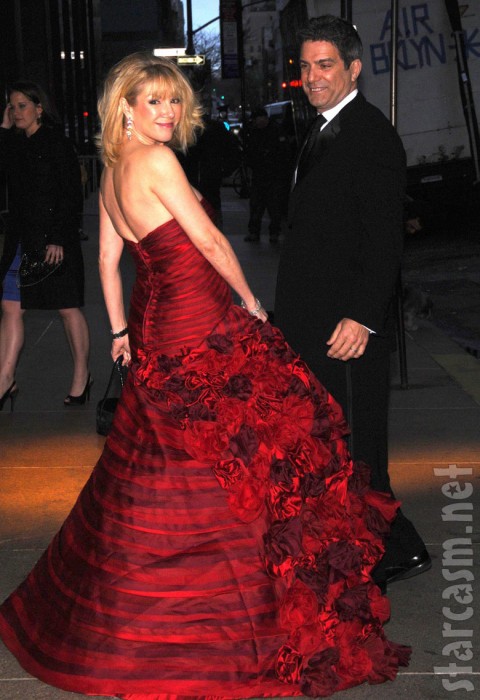 Fantastic! Is that Cameron Diaz?

Next up are the fourth and fifth Housewives of NYC, Alex McCord and her “night guy” husband Simon van Kempen: 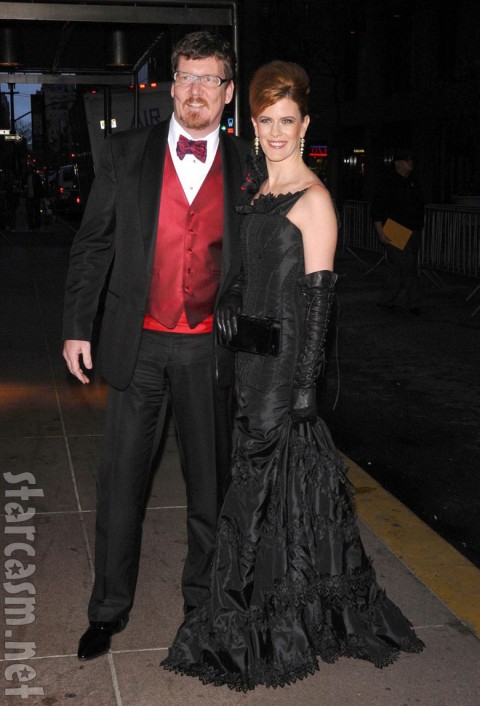 Wh-wh-wh-what?!? What did Alex do to her hair?!? Is that a Bumpits? Is that brown? Wow – and check out that Goth-Victorian all black dress! Good ol’ Alex. At least she didn’t wear her burlap sack dress, right? Oh, and of course Simon is once again more flashy with his satiny red vest and matching bow tie and slightly unmatching fire engine red cummerbund.

Noticeably absent from the arrivals are former Bethenny best bud Jill Zarin as well as fellow cast members LuAnn de Lesseps and Kelly Bensimon, who was photographed showing off her Playboy bod by sporting a bikini in sunny Miami earlier the same day.

We’ll keep an eye out for actual ceremony photos and try to post them up as soon as they surface, so stay tuned! (Who doesn’t want to see an eight-month pregnant Bethenny in a wedding dress?!?)