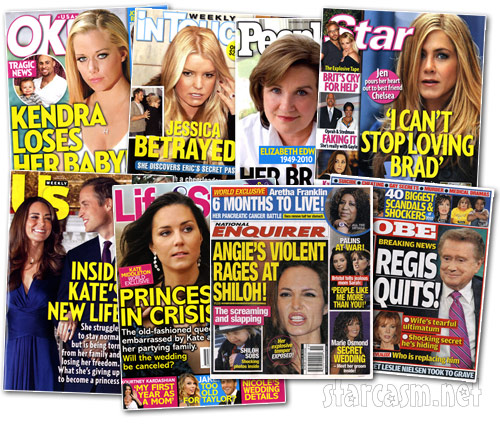 Check out all of this week’s tabloid covers with stories that include Oprah’s secret lesbian love, Jennifer Aniston’s never-dying obsession with Brad Pitt and Angelina Jolie’s violent rage at daughter Shiloh! It’s like going through the grocery store checkout lane without leaving your home! Or office! (I’ve been forced to move on from my Teen Mom themed weekly tabloid posts due to waning interest in the off season.) 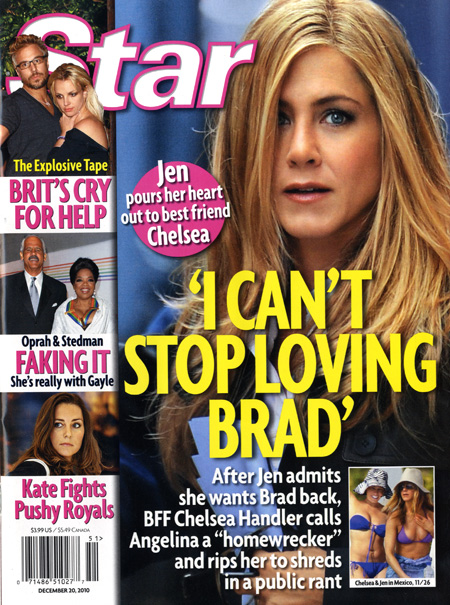 Jennifer Aniston: “I can’t stop loving Brad” Jen pours her heart out to best friend Chelsea. After Jen admits she wants Brad back, BFF Chelsea Handler calls Angelina a “homewrecker” and rips her to shreds in a public rant.

Oprah and Stedman “Faking It” – She’s really with Gayle 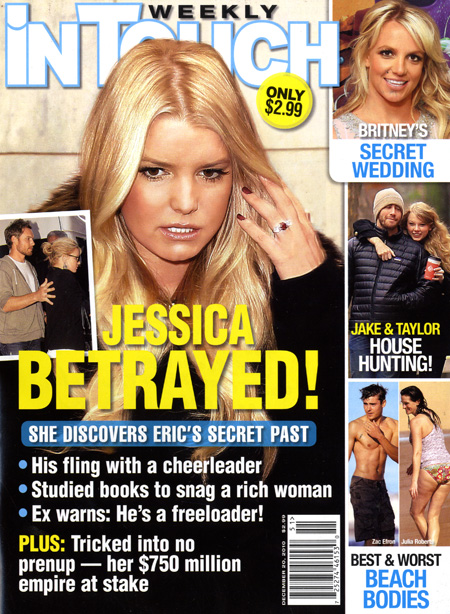 Jessica Simpson Betrayed! – She discovers Eric’s secret past:
• His fling with a cheerleader
• Studied books to snag a rich woman
• Ex warns: He’s a freeloader!
• PLUS: Tricked into no prenup – her $750 million empire at stake 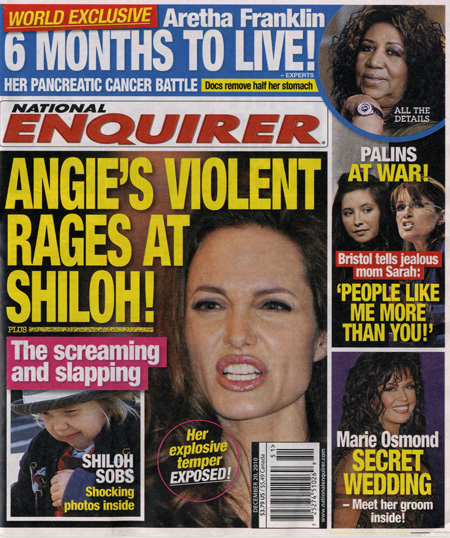 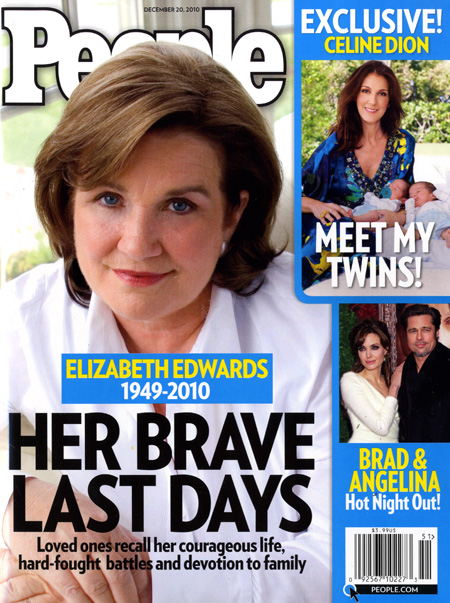 Brad and Angelina – Hot night out! 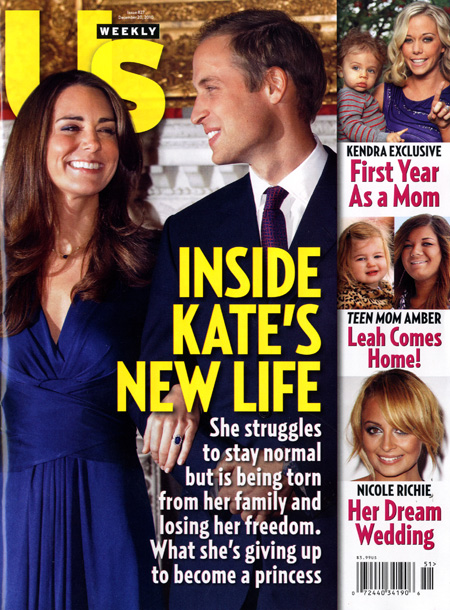 Inside Kate Middleton’s new life – she struggles to stay normal but is being torn from her family and losing her freedom. What she’s giving up to become a princess. 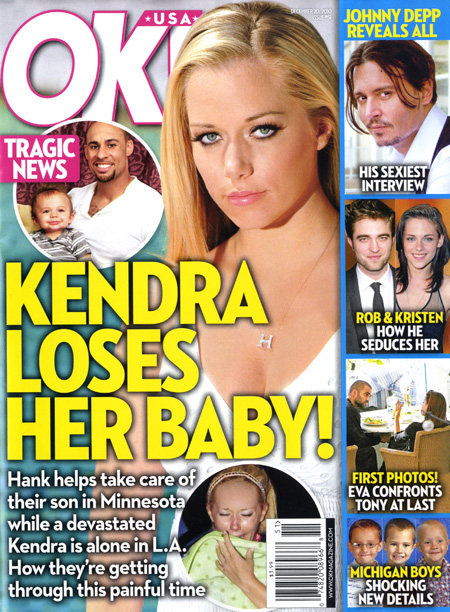 Tragic news – Kendra loses her baby! Hank helps take care of their son in Minnesota while a devastated Kendra is alone in L.A. How they’re getting through this painful time.

Robert Pattinson and Kristen Stewart – How he seduces her 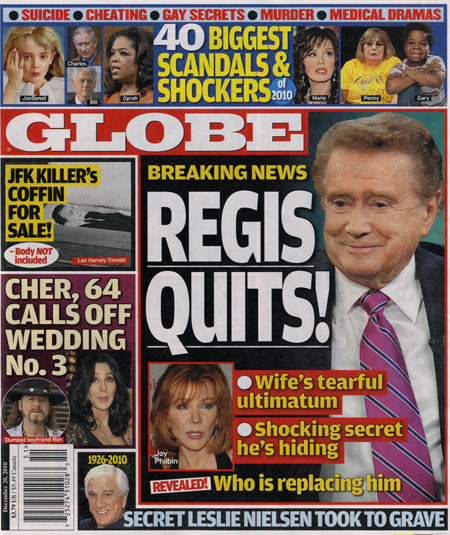 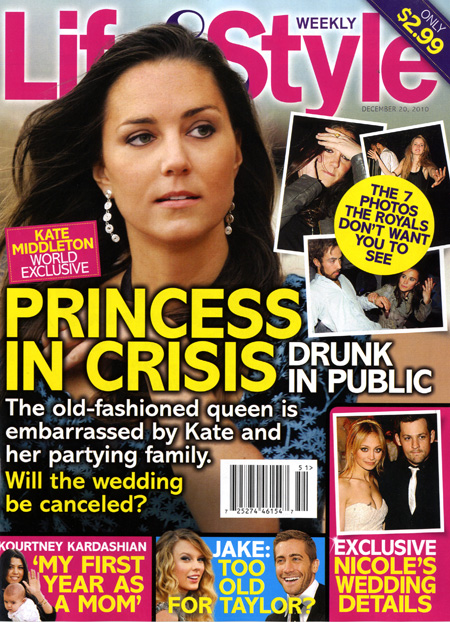 Kate Middleton world exclusive – Princess In Crisis. the old-fashioned queen is embarrassed by Kate and her partying family. Will the wedding be canceled? Plus – The 7 photos the royals don’t want you to see. Drunk in public!

Kourtney Kardashian – My first year as a mom

Angelina Jolie terrified the children on the set of Maleficent