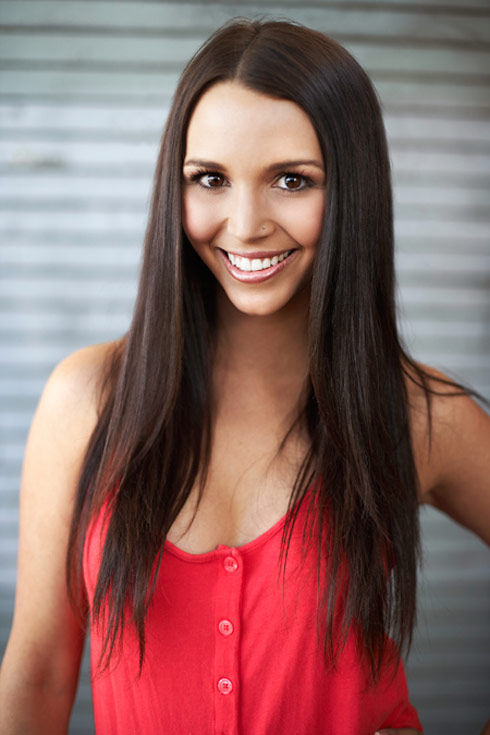 Scheana Marie is about to get her big break as one of the stars in the all-new Bravo reality series Vanderpump Rules. However, this isn’t the first time Scheana has been in the spotlight! The sexy brunette waitress made tabloid headlines in 2009 as Eddie Cibrian’s mistress, an affair that not only came as a big surprise to Eddie’s wife at the time Brandi Glanville, but also Eddie’s other mistress LeAnn Rimes!

In a recent interview with Wetpaint, Scheana opens up about her affair with Eddie. “I was only 21 at the time — I was naïve and trusting,” she explains. “I met this guy who was cute and seemed great and it never occurred to me he wasn’t who he said he was. You have to remember, this is before Googling people was a regular thing. So I didn’t do a search for him online or IMDB him.” 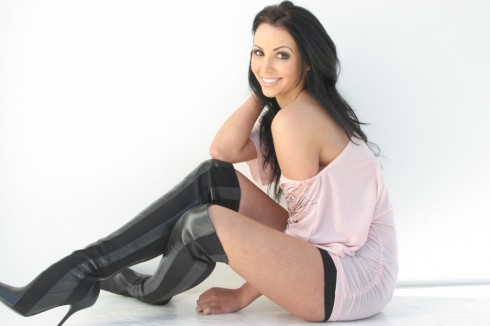 “We spent a lot of time together and I wasn’t seeing anyone else. He met a lot of people in my life, my family and my friends,” she adds.

While their romance may have seemed real, it all came crashing down when Scheana’s mom discovered a birth announcement in the paper featuring Eddie and his then-wife, Brandi. “My stomach dropped. I called him immediately. He denied it at first, but after some back and forth he finally admitted it was true. I was horrified.”

Shortly after Sheana’s relationship with Eddie went public, her friend Sandra spoke to In Touch Weekly about their courtship. “Scheana was in love with Eddie,” Sandra revealed. “And she said Eddie told her he loved her. They were inseparable. They had a really strong attraction. She said the sex was amazing. It was very passionate.”

Sandra also told the mag that Eddie often took Scheana, who also dated John Mayer following his split from Jennifer Aniston, on getaways for days at a time, and bought her a stunning pair of diamond hoop earrings. She said that he was very affectionate with Scheana — even when they were in public.

After Scheana found out that Eddie was married, Sandra claims that she just couldn’t let go of their relationship. “She didn’t mean to be a home wrecker. She was just too far into it,” Sandra adds. “Her feelings were involved and it was hard for her to stop.” So, what did end their relationship, you ask? That would be LeAnn.

According to Sandra, things were going great for Scheana and Eddie (besides the small issue of his marriage to Brandi) and in February of 2009, they went on a romantic trip to Mammoth, where Eddie told Scheana that he loved her. But, just one month later, he was spotted with LeAnn. From that point on, Eddie ceased all contact with Scheana. He even changed his phone number.

“Scheana feels betrayed,” Sandra said at the time. “She feels like Eddie cheated on her, as well as his wife. She was in shock.” Imagine how Brandi felt.. 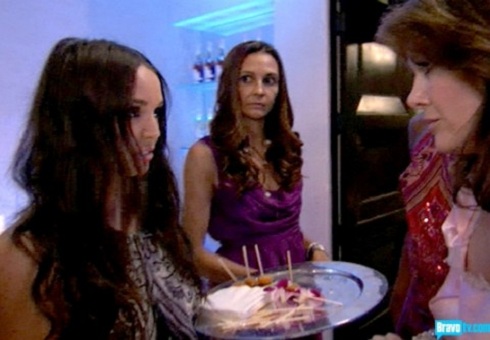 Scheana and Brandi came face-to-face at SUR Lounge, where Scheana works, on an episode of last season’s Real Housewives of Beverly Hills, but they didn’t talk. In fact, Lisa requested that Scheana leave immediately. However, once production on season 3 began, the two met and talked things out. Luckily for fans, we’ll get to see it all go down on an upcoming episode.

As for Scheana’s thoughts on Brandi, she says, “She looks like she’s moved on and I’m very happy for her. I feel horrible about my role in what happened. No one deserves to get cheated on.”

Stay tuned for Scheana and Brandi’s meeting on RHOBH and catch Scheana on Vanderpump Rules when it premieres on Monday, January 7 at 9/8c on Bravo.