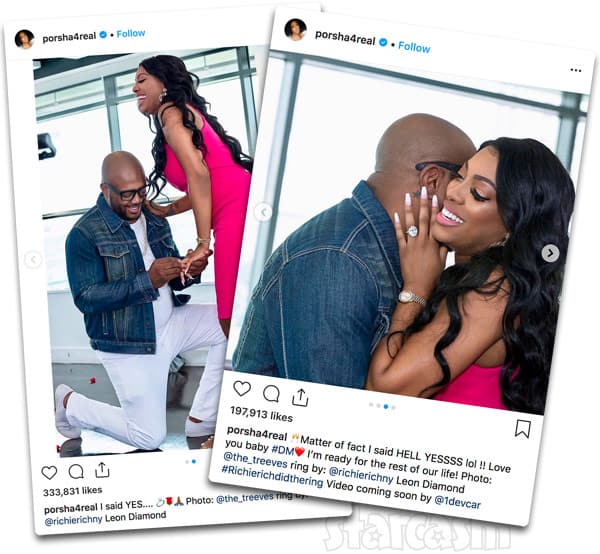 Porsha first teased the engagement on Sunday with an Instagram photo sporting a ton of ice on her ring finger. “Feed off of good energy or bad energy will feed on you!” she captioned the image, signing off with “- PW ?” A few hours later, Porsha posted another photo of herself wearing the ring a few hours later with a group of friends, but still made no mention of the engagement.

“I said YES….” Porsha captioned the two photos above, including one of Dennis on his knee. Porsha added the ???? emoji, along with a photo credit for Tonya Reeves and a jeweler credit to Richie Rich.

She followed that up with even more photos:

Porsha’s rep spoke with People and revealed that Dennis planned his proposal for two months.

“Dennis rented out a venue and took Porsha via helicopter there,” the rep said, adding that there were “candles and rose petals everywhere.”

Also there? Singer Lil’ Mo, who serenaded Porsha with her favorite song, “4 Ever,” before the couple threw a prayer party for their baby.

Porsha further mentioned that there is a video coming soon from Devan Carter. And Devan took to Instagram to talk about getting the call to document the event:

So @misslaurenw texted me and said I gave @porsha4real sister @lodwill your info they gonna call u for some work! I was like oh ok cool (thinking prob don’t get the call and then before I hung up) my new friend @lodwill text me and DM me I’m look oh oooookkkkkk. She said I need you to shoot this weekend I was like SHOWtime… I put together my crew and this is the magic that was created @the_treeves sssmmmaaassshheeeddd this photo. Super thankful for both Lauren’s and my new big sis Porsha.

Congratulations y’all! Ive been so blessed to have a best friend in my sister and recently I’ve developed a friendship with Dennis as well. Thank you so much for making her smile and dealing with our crazy. I think you might just be crazy enough to fit in to our family ? I love seeing you guys happy and I’m so excited to witness your future together. PS thank you in advance for all of my nieces and nephews??????????

If you’re curious to know more about Porsha Williams’ engagement ring, Richie Rich reveals that it features a thirteen-carat colorless diamond as a centerpiece. The inside of the band is engraved with “Porsha McKinely ❤️ 2018.”

Here are some detailed photos: 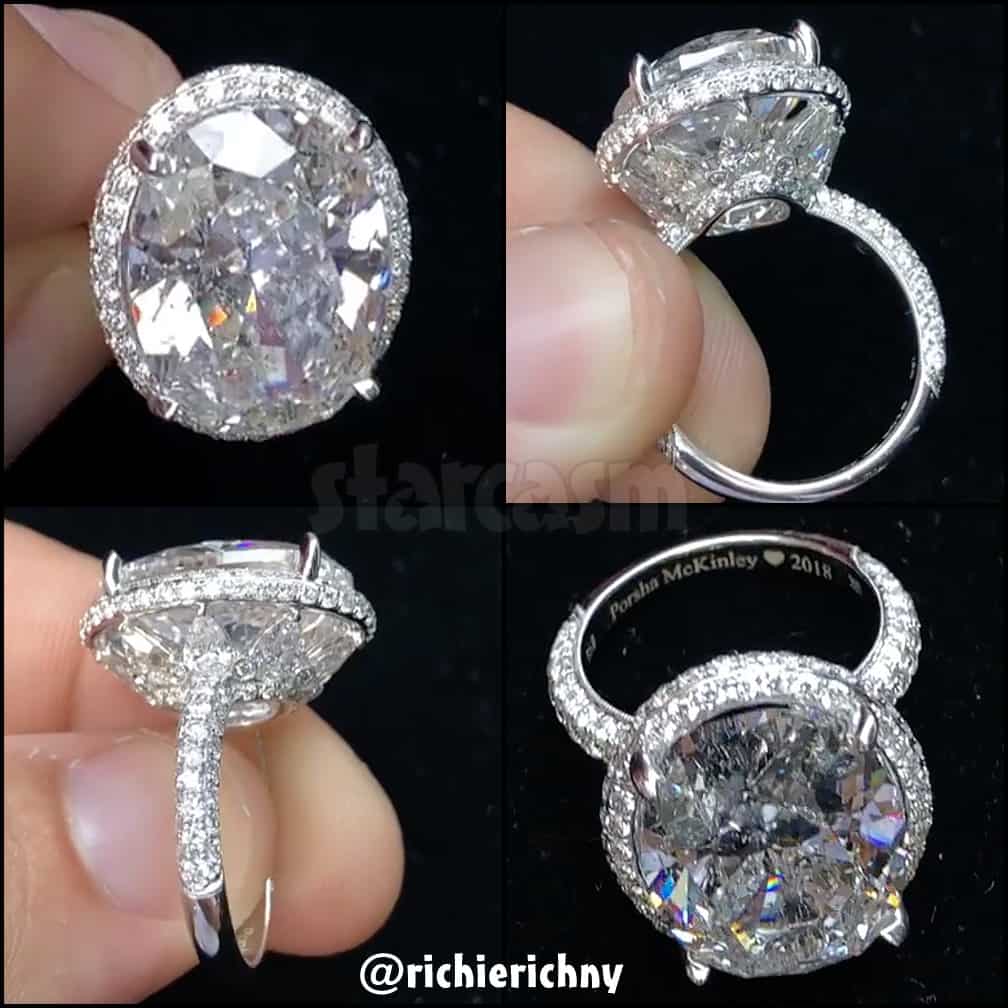 Congratulations to Porsha and Dennis!

For those of you curious about the preview trailer for the upcoming 11th season of The Real Housewives of Atlanta — which looks to be the Season of Porsha — here you go: