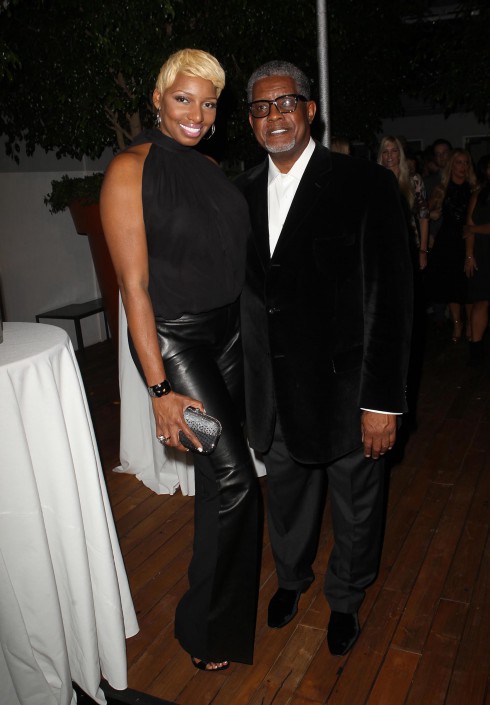 NeNe Leakes and Gregg Leakes are officially man and wife once again. The pair, who were previously married for 15 years but split in 2011, wed tonight at the InterContinental Buckhead Atlanta surrounded by 400 of their closest friends and family members.

“We couldn’t be happier,” the bride told Life & Style shortly after walking down the aisle. “Marrying my soulmate is the best feeling I’ve ever had.”

The celebration began at 8:30pm after a whopping 14 hours of preparation. Following the ceremony, the Leakes and their guests were escorted to the hotel’s Windsor Ballroom where an additional five hours of partying was scheduled to take place.

As previously reported, NeNe made her wedding guests sign a very detailed disclosure before being admitted into the event in which they agreed that they were not under the influence of any drugs or medication or planning to run for any political office in the next year. If anyone was to break a rule, they would be charged a $50,000 fine — per infraction.

Prior to her big day, NeNe celebrated her bachelorette party in Cancun, Mexico along with several friends, including her Real Housewives of Atlanta co-star Cynthia Bailey. The group enjoyed a five-day fiesta at the luxurious all-inclusive hotel Moon Palace Golf & Spa Resort.

I Dream Of NeNe: The Wedding is set to air sometime this fall on Bravo.