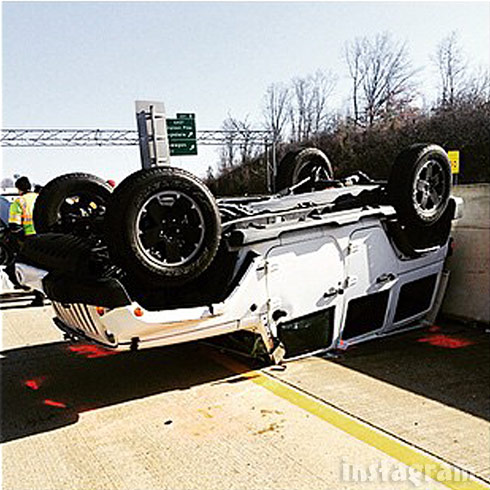 Pregnant Teen Mom star Maci Bookout and son Bentley were involved in a terrifying car crash earlier this morning, during which her Jeep Wrangler flipped three times. Thankfully, Maci and Bentley were able to walk away from the accident with just bruises and Maci’s unborn daughter is “perfectly healthy.” 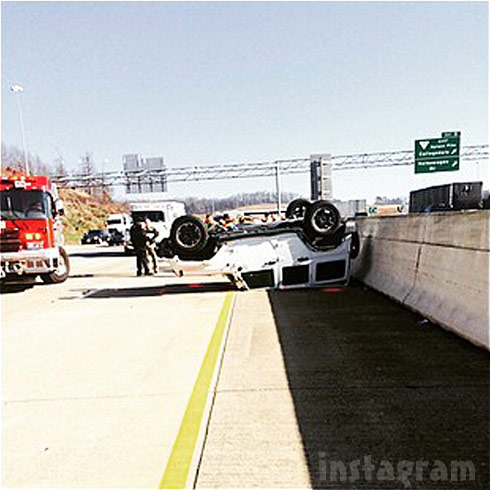 Maci shared the harrowing photos in this post on instagram today in which you can see her smashed up white Jeep Wrangler after the accident. “Thanking God that Bentley and I were able to walk away from this nightmare with only a few bruises,” Maci wrote on instagram. “Thanking God that my unborn baby girl is perfectly healthy after this,” she added. 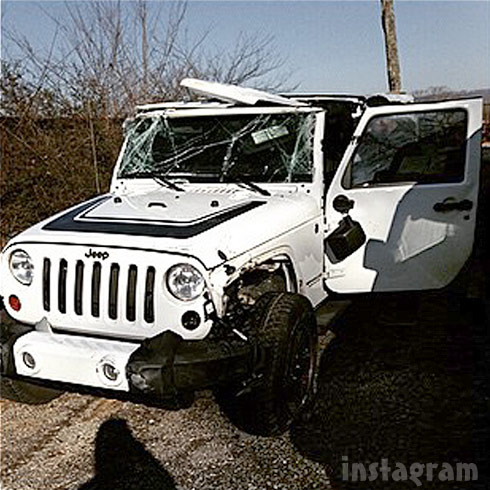 Maci has always been a big Jeep fan, but never more so than she is now! “I’d also like to @JeepOfficial @Jeep because if our seatbelts and the roll cage had not done their job, I’m not sure my family and I would of had the same outcome,” Maci wrote.

Amazingly, the last photo Maci shared prior to the accident was this next one of a sleeping Bentley seatbelted into the backseat of the Wrangler:

who is this grown ass kid and what has he done with my benny baby? #sleepyhead #grownman

In today’s post Maci also thanked those passerbys who offered their assistance, and extended her well wishes to the others involved in the accident. “Thanks to everyone that stopped to help, that was huge,” said Maci, “I pray everyone else involved is doing okay.” Maci wrapped up her caption with the hashtags #jeepwrangler #rolledthreetimes #terrifying #totaled #notmyfault 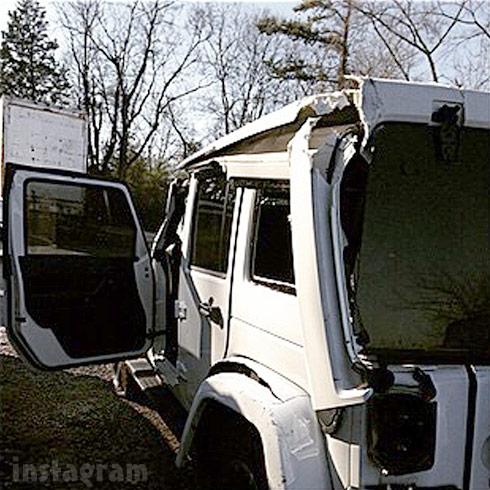 It’s been a tough couple months for the Bookout and Edwards families as far as automobile safety goes. If you recall, Bentley’s dad Ryan Edwards received injuries after he crashed his Camaro in a serious head-on collision in December.

We join Maci in being EXTREMELY thankful that she, Bentley and her unborn daughter are OK! I know the next time I shop for a new car I’m going to take a serious look at the Jeep Wrangler. 😉