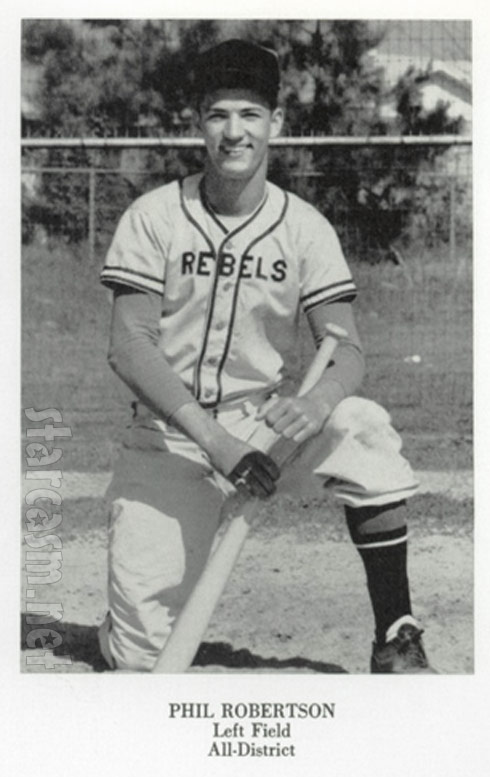 He was a celebrated football star quarterback drafted by the NFL who seemingly made the terrible decision to forego life as a professional athlete (at the most glamorous position in American sports) because it interfered with duck hunting season. After living a hard life of sex, drugs, and rock and roll, Phil would eventually give all that up and give himself over to Jesus. After that transformative event he was able to focus on the duck call he invented in the mid-1970s, get a patent, and turn it into a multi-million dollar empire, as well as the most popular reality show on cable. (I’m sure you will be able to learn all about every aspect of Phil’s amazing life in his new autobiography Happy, Happy, Happy: My Life and Legacy as the Duck Commander due out in May.)

While doing a little research recently trying to uncover some more photos of Phil playing football (you can see those here) I found out that the pigskin wasn’t the only thing Phil was good at tossing around — he was also a pitcher for the North Caddo High School baseball team and threw javelin for the track and field team in the mid 1960s! 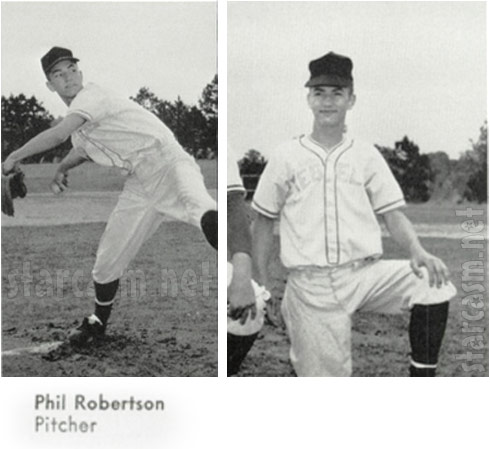 Actually, Phil’s talents on the baseball diamond apparently weren’t restricted to the mound, as you can tell from the photo at the top of this post, which lists Phil as an All-District left fielder. (I have to confess that I was rather shocked to not find Phil on the NCHS basketball squad — I just assumed that’s where son Willie Robertson got his hoop skillz.) All the other photos in the yearbook refer to Phil as a pitcher, so I assume that was the position he excelled at. Quarterback, pitcher, javelin… Phil had one heck of an arm!

Here’s Phil holding a javelin and striking a pose worthy of a Greek sculpture: 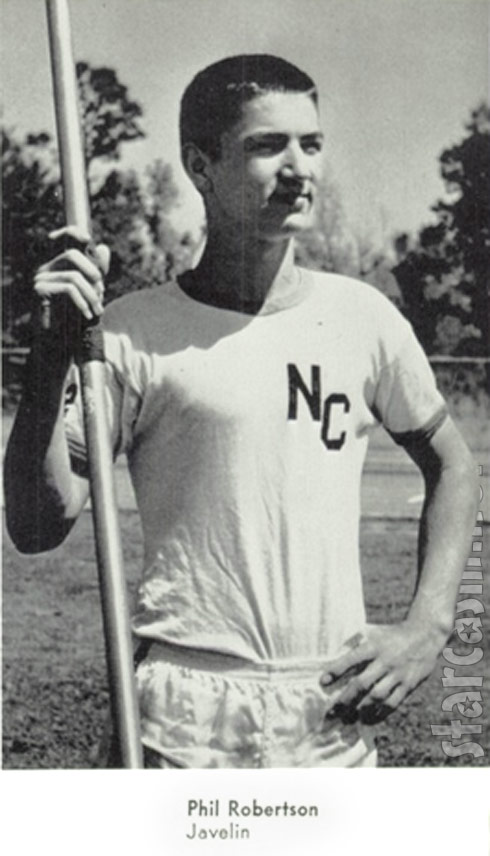 And here’s one looooooong last look at Duck Jenner — so guzzle your Phil of that tall drink of water! 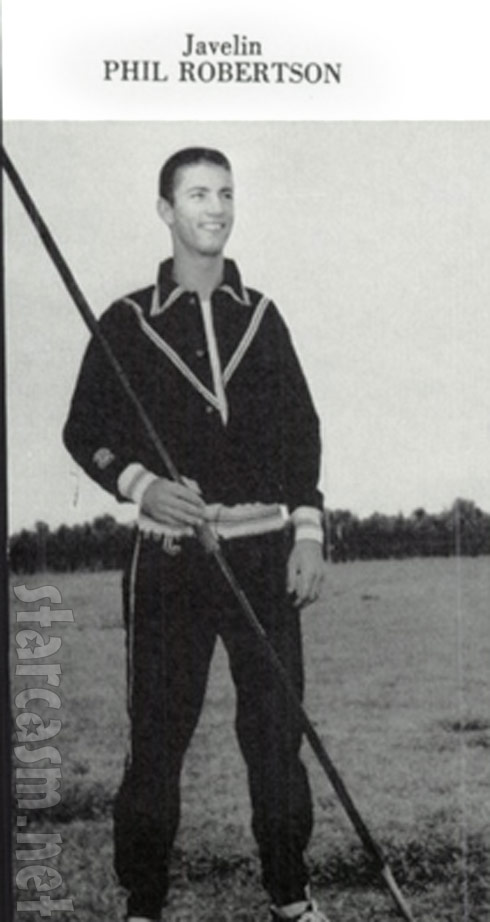