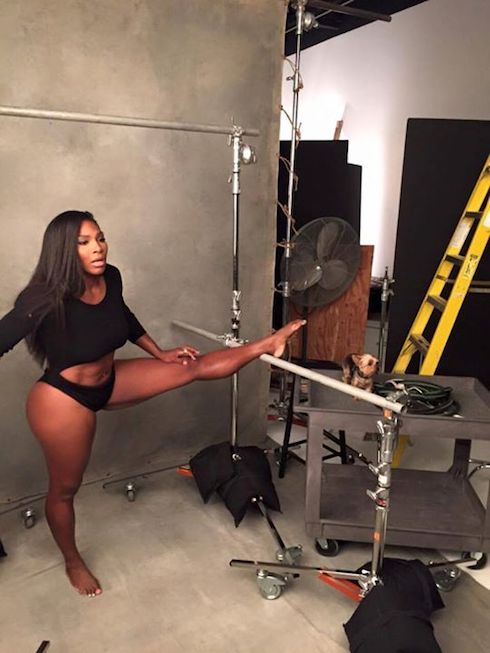 Serena Williams and noted Canadian Drake have been friends for years–in fact, they’re so close, Williams says the two are “like family.” If that’s true, then Serena’s got some explaining to do, as the pair were recently spotted making out something fierce in the back room of a Cincinnati bistro. Emotions were clearly running high: Serena had just captured the Cincinnati Masters championship (also known as the Western & Southern Open) and its sweet $2,000,000 grand prize. And Drake is Drake.

After Serena won, she, Drake, and six close friends headed over to the Sotto bistro for an evening of celebration. It was there that the sweet makeout session began: Serena and Drake “couldn’t keep their hands and lips off of each other,” according to eyewitnesses who were able to see through the open curtain of the private room.

Rumors about the pair have been flying ever since Drake showed up to watch Serena at Wimbledon this past June. The esrtwhile friends got so much attention that one reporter went so far as to ask Serena if Drake was her “lucky mascot,” leading to an eye-roll from the Williams sister and a squawk of laughter from the rapper.

In addition, Drake was spotted at the Cincinnati event standing right behind Serena’s coach Patrick Mouratoglou–who has also been rumored to be her boyfriend:

#Drake today in Cincinnati at the Western & Southern open.

Whether there’s trouble in her dating life or not, Serena’s clearly not having any difficulty with her tennis game. The current world #1 has already won this year’s Australian and French Opens, plus Wimbledon, and will go for the Grand Slam at the U.S. Open in two weeks.

Kourtney sent Scott Disick home early from vacation, which in Kardashian terms is like going to Defcon 2