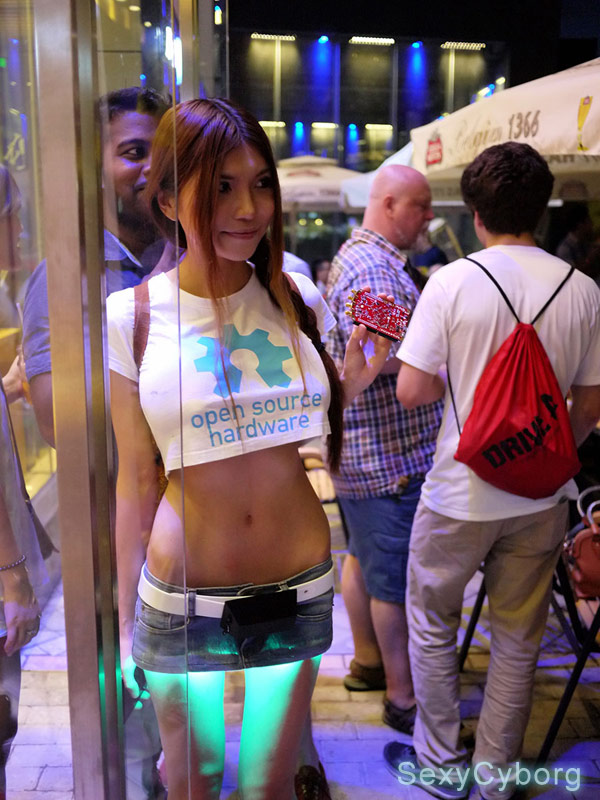 Redditor SexyCyborg was a big fan of the concept, but not of the Hikaru skirt in particular. “My problem with the existing design is — Limited external control (just responds to movement) and the ugly frilly skirt/tutu style is not suitable for anyone over 8 years old (or at least not Japanese),” she wrote.

So the tech-savvy fashiontrepreneur took matters into her own hands and created an LED underlit skirt to better fit her tastes and purposes. “Solution: Denim mini/micro skirt with control pack hidden in belt buckle,” SexyCyborg wrote, as a general caption for her photo tutorial on Imgur. “Skirt length is a matter of personal taste but with the LEDs off it passed for normal.” 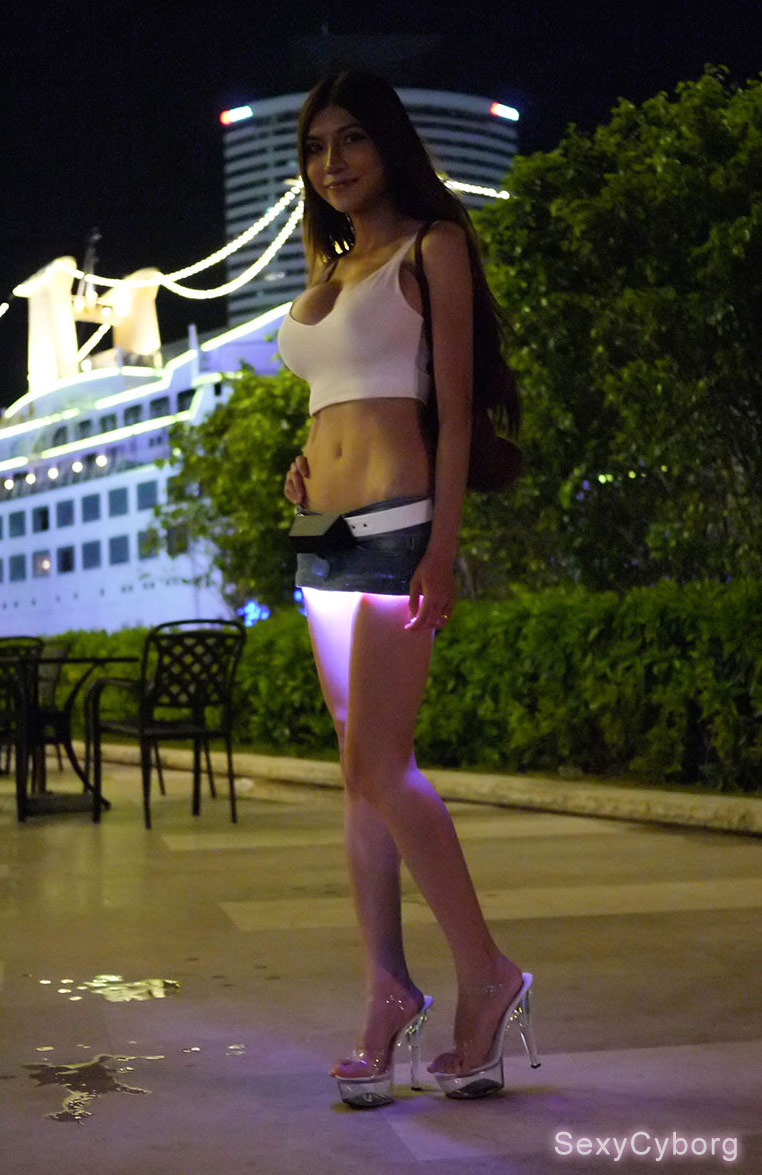 “In the Open Source community, we would call my project a derivative,” she explained to the Daily Dot. “My focus is not so much on the actual skirt but on a very simple hardware framework that other women without any previous electronics experience could use to add LEDs to clothing.”

SexyCyborg’s creation uses a wireless bluetooth LED strip controlled by an Android app, which allows the user to control her colors…colors and more. From SexyCyborg:

The original Hiraku skirt is self contained with limited functionality. The versions I have read about either respond to sound, or to motion. It’s basically just an electric bangle — like the reflective belts belly dancers wear that flash when you move. What I wanted was a smart skirt — a true wearable output device.

Right now I just use the app that came with the board to control the skirt, but even that offers a ton of functionality. I’ve almost finished a new, smaller enclosure after that I think I will code a better control app. Some ideas so far:

* I can sample my outfits color- even multiple colors and coordinate my skirt to those colors.

* I can set specific colors that match certain holidays- red and yellow for Chinese New Year and flash in the pattern of lucky Chinese numbers. Red White and Blue for a 4th of July BBQ with my foreign friends. The team colors at a sporting event.

* If I set my phone up as a open wireless AP, and have the skirt colors change or brighter depending on the number of connected wifi clients (and so crowd size).

* Chinese girls love to wear matching outfits on a girls night out. Not only can our skirts match colors, they can chance in sync or strobe in complex patters across a group.

* We can use the skirts to coordinate complex group dance patterns or games of tag.

* It can be used for speed dating meetups — if you approach a girl with a lot of shared interests her skirt glows green, otherwise it glows red so you are saved the embarrassment of trying to make conversation with someone you have little in common with.

That’s just off the top of my head. Women already use clothes and fashion as a primary social signal — it’s one of the ways we communicate with the world. Variable wearable fashion builds on and allows us to automate that. 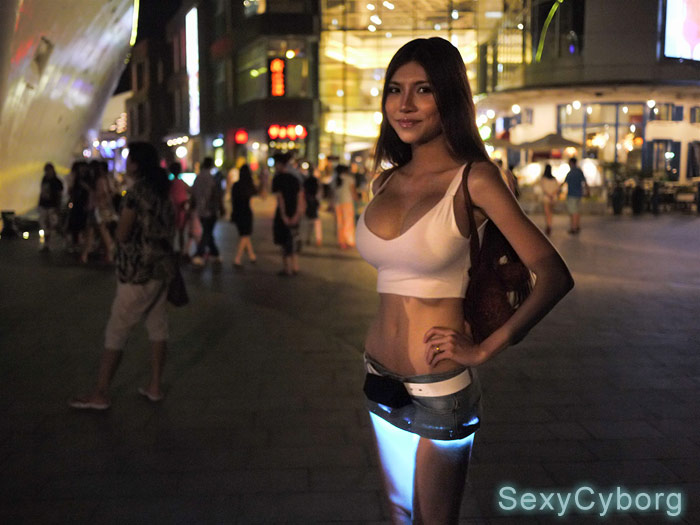 SexyCyborg has since added a tutorial, parts list, and a link to an improved battery belt pack.

I’m imagining people’s initial reactions will be to shake their damn heads and dismiss the underlit skirt as some sort of trashy fashion statement, but I think it is–literally–brilliant. Granted, SexyCyborg is willing to wear miniskirts that are perhaps a bit smaller than most women might dare to wear (her skirt is like five inches wide at most!), and that’s going to make it easier to dismiss this as a trashy innovation.

If you imagine the same lighting on a normal miniskirt, though, and then realize that the light’s not really revealing anything more, but merely drawing attention to what’s beneath–in a Pulp Fiction mystery case kind of way–then I think you have to smile and salute the undeniable truth being underscored here. 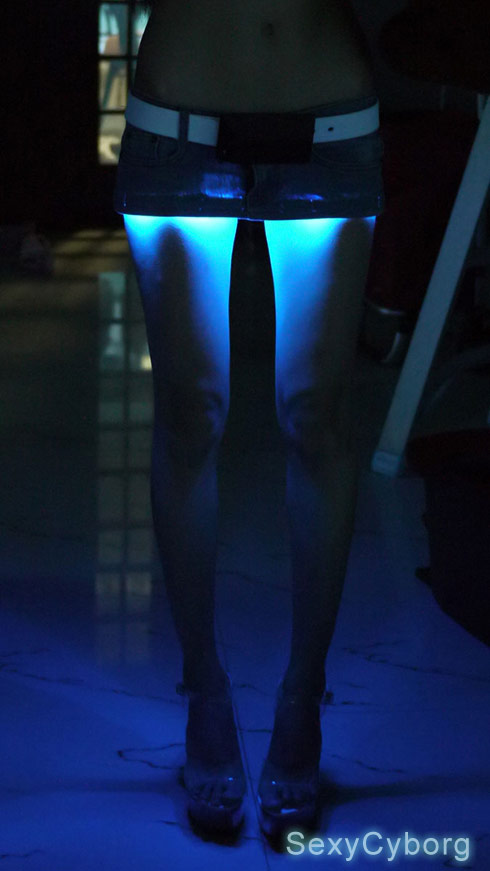 Just imagine if the lights were controlled by your FitBit or Apple Watch–if they changed with your heart rate, for example. You could create a very believable mood skirt that would be fun as hell at the club!

What we need now is for SexyCyborg to design a matching top. It would be less dramatic, as there’s less open area for light…but cleavage uplighting seems like an automatic.

Annnnnyways…here’s the full album–but be sure to visit SexyCyborg’s Imgur post for all of her additional commentary!

[Ed. note: Yes, I know the phenomenon of lighting the underside of cars is not exclusive to men. I also know that men–especially Scottish men–may take advantage of the LED underlit miniskirt if they so choose. I was just writing a playful intro paragraph.]

UPDATE – SexyCyborg chose to go in the opposite direction from my suggestion. Instead of cleavage uplighting, she’s designed matching LED shoes! 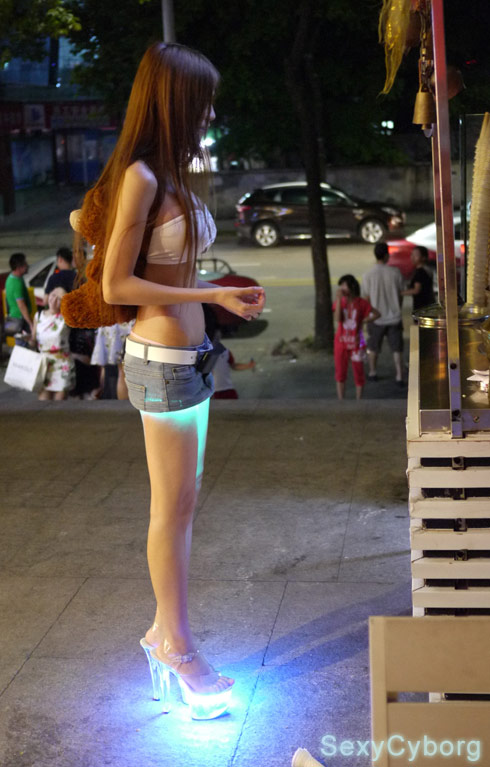 Talk about walking on sunshine!

How much is snake venom worth? Discovery’s Venom Hunters promises liquid gold