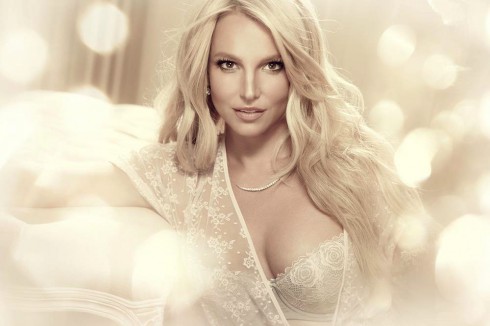 Last week Britney Spears revealed she is launching her own lingerie line called “The Intimate Britney Spears” and today the pop princess shared the first video from a photo shoot in which she models some of the collection herself!

“This was one of the most beautiful shoots I think I’ve done,” Britney wrote along with the video, before adding: “More to come!”

In addition to the video, Britney also shared a photo from the shoot (above) in which she can be seen making a racy lacy bra work b**ch! (Can you say Bra-tney Spears?) Along with the picture she tweeted, “A woman is like a beautiful flower, the true beauty inside. #Ambrosia ”

And here are some screen grabs of Britney’s three looks from the video. (Just click to enlarge the top two.) 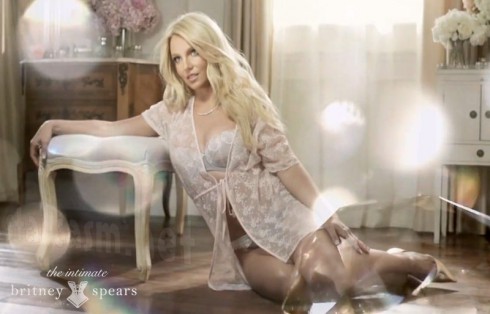 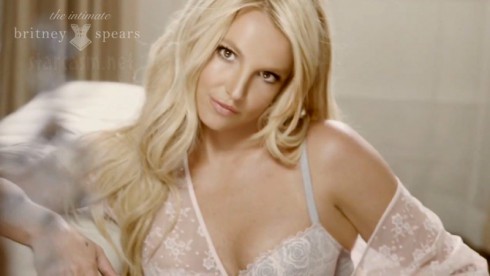 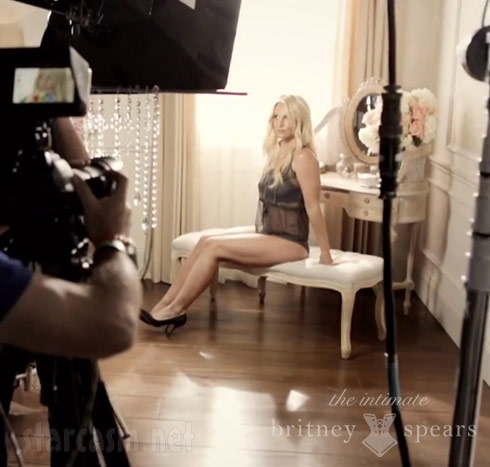 Keep up to date on Britney’s unmentionables, which are set to go on sale on September 9 in the US and Canada, with these links:

Britney Spears shares video update on her health, says ‘all is well’ and ‘I’ll be back soon’

Britney Spears might be an X-Factor judge! Louis Walsh says the pop star is in talks with the show