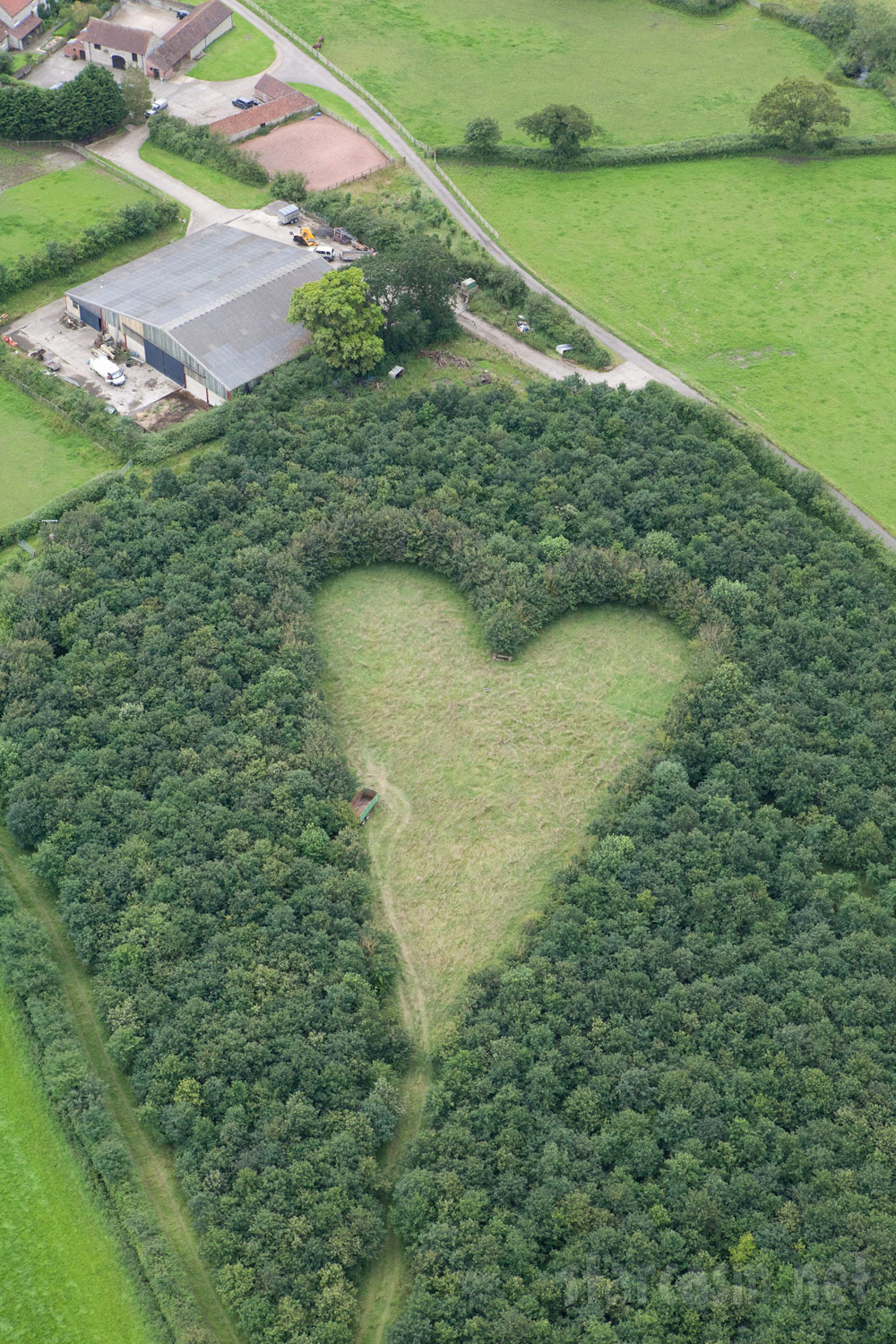 It is not so much for its beauty that the forest makes a claim upon men’s hearts, as for that subtle something, that quality of air, that emanation from old trees, that so wonderfully changes and renews a weary spirit.  ~ Robert Louis Stevenson

17 years ago farmer Winston Howes lost his wife Janet to sudden heart failure. As a tribute, he and his son had 6,000 oak saplings planted in the outline of a heart.

This breathtakingly beautiful dedication located on his 112 acre farm near Wickwar, South Gloucestershire was only recently discovered by a hot-air balloon enthusiast. The amazing creation has thrust Winston into the spotlight over across the big pond. He said of his inspiration:

“I came up with the idea of creating a heart in the clearing of the field after Janet died. I thought it was a great idea – it was a flash of inspiration – and I planted several thousand oak trees. Once it was completed we put seat in the field, overlooking the hill near where she used to live. I sometimes go down there, just to sit and think about things. It is a lovely and lasting tribute to her which will be here for years.”

Winston married Janet in 1962 and the two remained happily together for 33 years before she passed at age 50 in 1995.

Here is a close-up of the meadow formed by the outline of the heart. 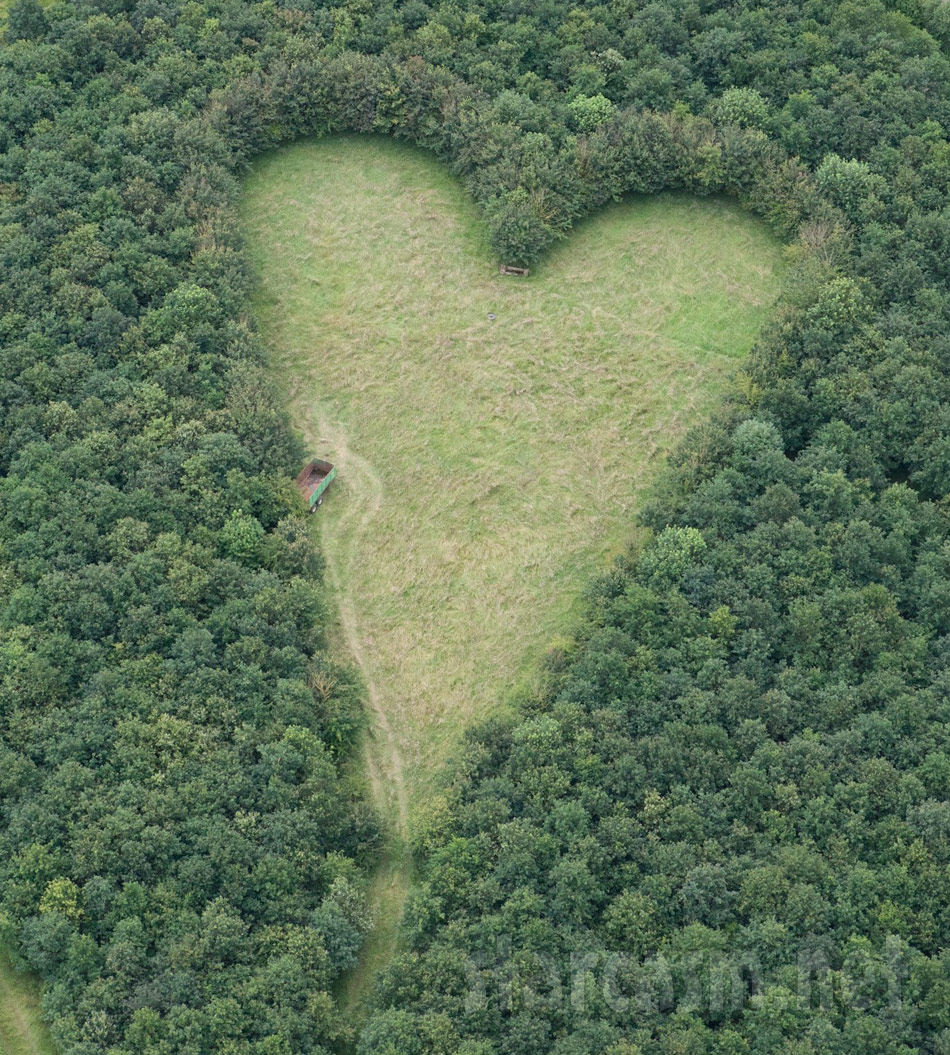 The heart is only accessible from a path leading to its tip, a tip that Winston purposefully had planted to point in the direction of Janet’s childhood home.

Here is a great aerial view of Winston’s loving remembrance from a little higher up for perspective: 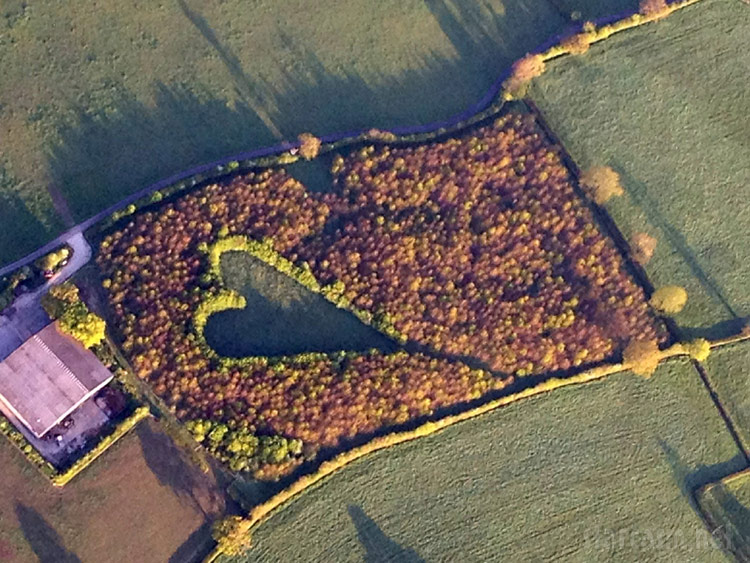 You can click on any of the above images for a full page view.