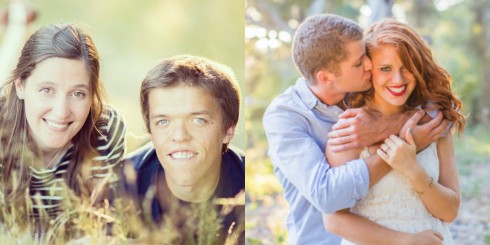 Although Little People, Big World‘s Matt and Amy Roloff are separated, the theme of the new season of the TLC show is definitely love: Twins Zach Roloff and Jeremy Roloff are both engaged!

“Despite the marital struggles of his parents, the premiere episode features Jeremy planning his proposal to his long-time girlfriend Audrey,” TLC said in a press release. “But theirs won’t be the only nuptials in the works when Zach also announces his intention to get engaged to his girlfriend, Tori.”

The 23-year-old brothers ultimately proposed to their girlfriends within weeks of each other last spring. Jeremy, who was the first to pop the question, will also be the first to wed when he ties the knot with Audrey Botti later this month. To commemorate their relatively short engagement, the longtime couple got some gorgeous pictures taken by Jessica Fairchild Photography. 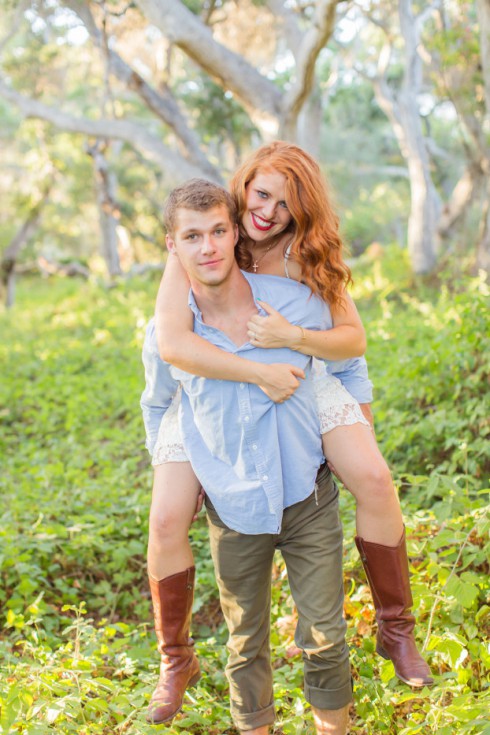 Jeremy’s fiancée, Audrey, recently graduated from Oregon State University, where she was a captain on the track and cross-country teams. She also runs a craft and lifestyle blog, Auj Poj… So it’s no surprise that her upcoming wedding will feature a lot of homemade touches, such as the hand-crafted bow tie Jeremy will wear.

Although the wedding planning sounds like it is largely Audrey’s territory, Jeremy put similar amounts of consideration into his March proposal, as he explained to twin Zach in a new video from The Wrap.

Meanwhile, Zach and fiancée Tori Patton are planning their own nuptials for July 25, 2015. Although they have a little bit more breathing room, Zach and Tori already marked their engagement with some fun pictures from Julia Green Photography. 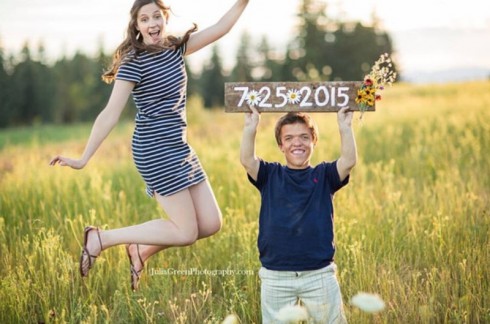 The new five-episode season of Little People, Big World kicks off tonight and will end with Jeremy and Audrey’s wedding. Mom Amy encouraged fans to tune in so that the ratings are strong enough for TLC return for Zach’s wedding.

“Watch the episodes on Tuesdays for it may be our last,” she said last week. “Can hardly believe its been 11 seasons, 275 plus episodes later.”