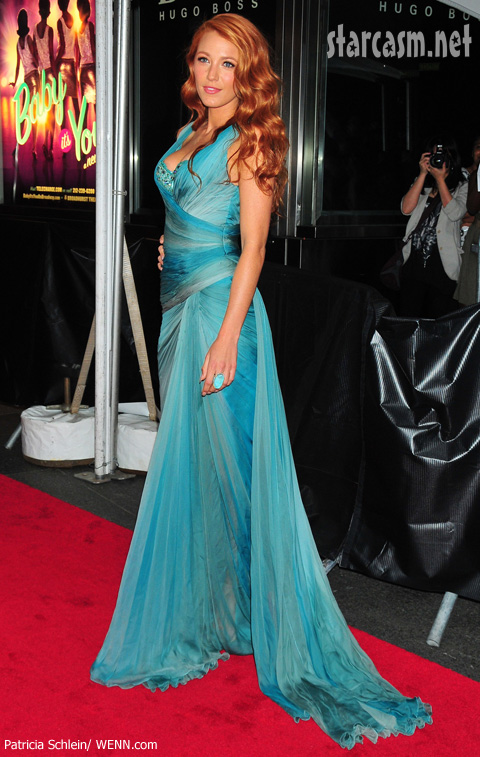 I was kind of neutral on Blake Lively until I saw this dress! It’s probably tied to my obsession with mermaids as a child, but the minute I saw Blake in this gorgeous teal Zuhair Murad gown.

Let’s face it, the dame has gams to die for, so it has to take an extra-special dress to justify covering them up. A couple of weeks ago (April 26) Blake attended the Time 100 Gala at the Lincoln Center in NYC looking fabulous. The new redhead had her hair styled wavy, and graced the red carpet in teal swaths to die for.

The Haute Couture gown isn’t exactly a classic “mermaid-style” dress, which hugs the hips and thighs, and then flares out at the bottom for a tail-like effect, but it’s coloring, fabric, and Blake’s hair are romantic nods to the mermaid aesthetic (okay, Disney’s mermaid aesthetic, which I’m really into.) This Zuhair Murad even had a train! It’s really difficult to pull off a train, but this dress and Blake did so stunningly. 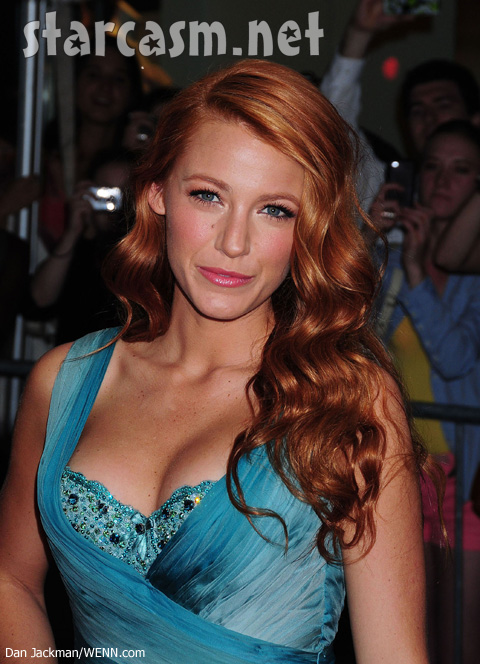 Blake was honored that night for being one of TIME’s 100 most influential people, which is a bit of surprise. She’s on one of the lowest rated shows on television, the soapy teen drama Gossip Girl, and it’s well past its prime. She is having more success than her costars have had breaking into film, but is she influential? That’s jumping the gun a little.

Here’s a piece of the puzzle: Blake spent a lot of time lobbying to be Daisy in Baz Lurhmann’s Great Gatsby film, but lost the role to Carey Mulligan. Interesting enough, Baz Luhrmann is the one

who picked Blake to be in the TIME 100. Was this a consolation prize?

The director wrote about Blake: “Every now and then, an actor or a

ctress manages to somehow channel the vitality of youth — that indefinable, natural, unprocessed glamour full of possibility and filled with anticipation for an endless future. I’ve known Blake the actress, and I’ve known Blake the person, who would surprise many with her down-to-earth coolness. She makes you feel that she, and life, are going to go on forever.”

Either way, the dress kills! 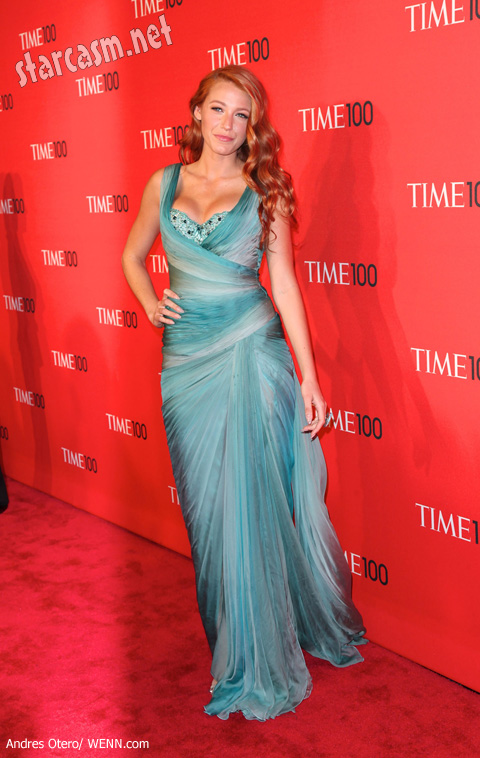