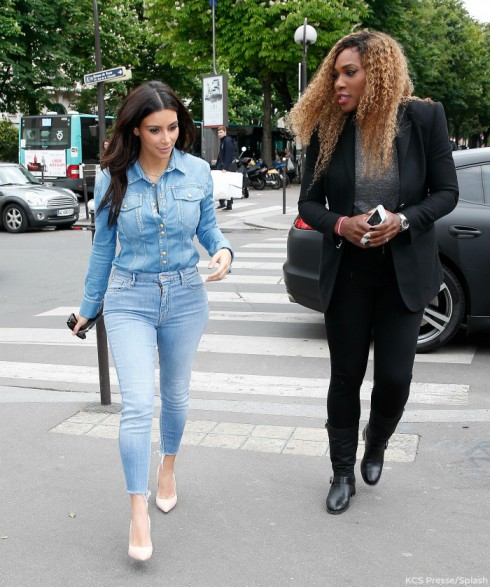 Kim Kardashian is rumored to be tying the knot with Kanye West in Los Angeles this week, but she apparently had some time to jet off to Paris for a shopping trip with Serena Williams.

The ladies were first spotted leaving the luxe Le Meurice hotel on Wednesday before heading to Balmain, a fashion house currently run by Olivier Rousteing, a friend of the Kardashians. After spending an hour in the shop, Kim and Serena lunched at L’Avenue before heading to Lanvin for more shopping. The duo finished their shopping spree at Azzedine Alaïa’s showroom.

For the long outing, Kim wore denim-on-denim — which is generally considered to be a fashion risk. 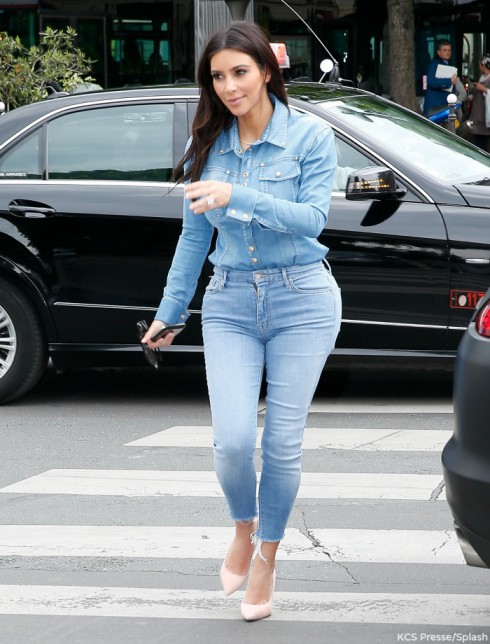 Upon first glance at the pictures, I gotta say the only thing more surprising than Kim’s outfit was her shopping buddy… But, apparently, Kim and Serena are longtime friends: Serena attended Kim’s wedding to Kris Humphries and they regularly spend time catching up. Now I know!