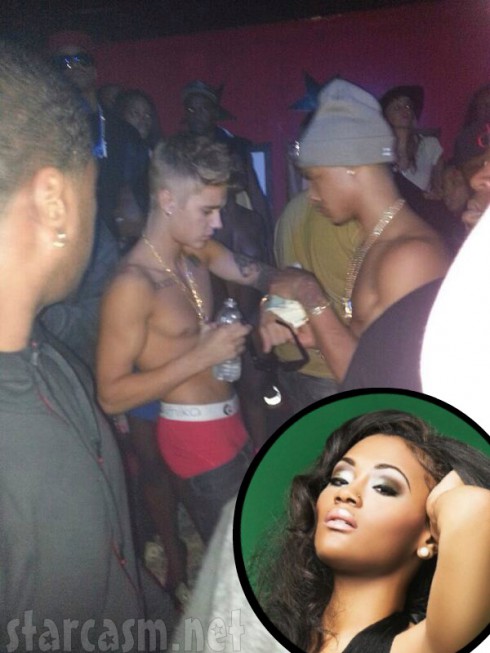 It’s been a few years since Justin Bieber broke onto the music scene. Yet, the 19-year-old still doesn’t seem to understand he’s not an anonymous Joe Schmo who can go into any ol’ strip club without some pictures leaking…

This past weekend, Justin took a well-documented trip to the super raunchy VLive, “Houston’s #1 Strip Club.” And, based on the pictures, semi-naked Justin fit right in with the workers by going shirtless and nearly pantless.

Justin reportedly also got handsy with the dancers.

“He touched my a**,” said Diamond, one of the dancers. “I almost fainted… I’ve dancer for a lot of celebrities and they normally don’t phase (sic) me but Justin had me in shock.”

Lira Galore shared the top picture and added Justin was “turnin up” at the club.

Before hitting up VLive, Justin and Floyd Mayweather Jr. were pictured at Nox, a mainstream club.

“It was great… Even in the pouring rain they came,” Nox Houston General Manager Carlos Palomo told The Houston Chronicle. “There were other celebrities there also but not as high caliber as those two.” 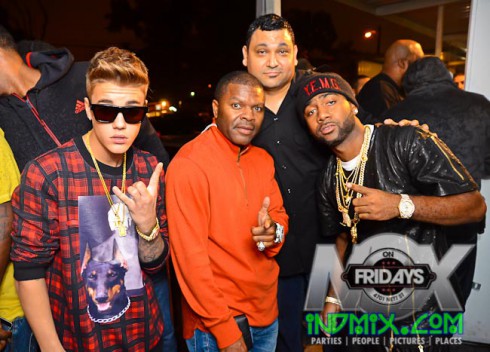 Although the Nox is advertised as 21+, it was apparently ok for Justin to get in… Possibly on the musician exception. Even if that was the case, he stepped to the other side of the law by holding a beer.

Do you think Justin should get away with his underaged club visits? Maybe he can claim it was his doppelgänger…

Here’s the only Game of Thrones finale spoiler that matters