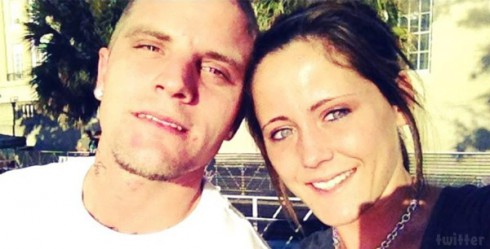 After a very brief (and surprisingly undramatic) hiatus, it appears Teen Mom 2‘s Jenelle Evans and boyfriend Courtland Rogers are back on! The two have gotten a place together and have already begun putting their relationship to the test by painting all the interior walls. (I’m sure you will see it all go down on MTV some time in 2014)

In addition to their familiarity with the Brunswick County court system, Jenelle and Courtland also have something else in common — they’re each parents! Courtland has a one-year-old daughter named Jordan Ashlee Nikole Lewis, and according to Jenelle, her mother won’t allow Courtland to see her. Jenelle wrote briefly about the situation on her blog after fans began asking her what Courtland’s “JaJa” neck tattoo meant:

Courtland does have many tattoos. One of them is on his neck and it says “JaJa”. This is of course a nickname for his daughter who is only 1 year old and her name is Jordan. He isn’t a deadbeat father and actually wants to see his daughter but the mother won’t let him. It’s a complicated situation but he wanted to pay child support on his own and tells everyone “Your daddy will be here in the future when you need me.” I think this is very sweet of him and still wish Andrew would step up as a father! :/ Oh well! 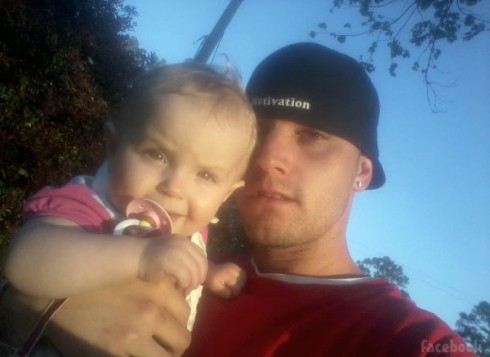 Jenelle didn’t explain why Jordan’s mother (Taylor Lewis) won’t allow Courtland to see his daughter. But, as you can tell from these photographs, he has been allowed to see Jordan in the past: 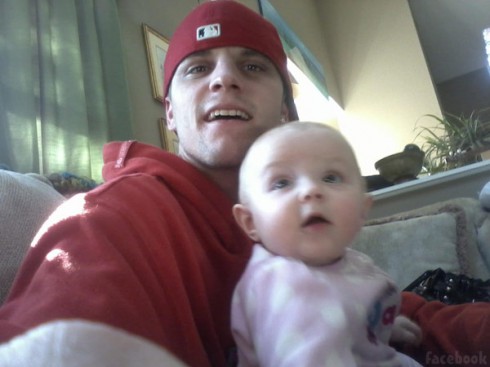 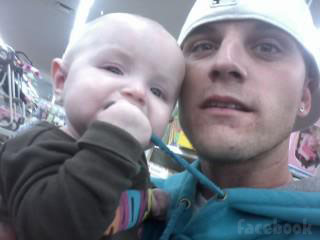 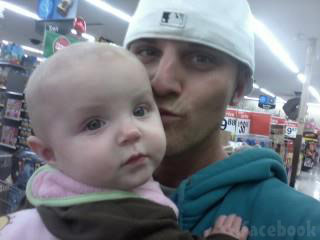 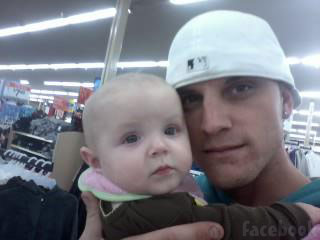 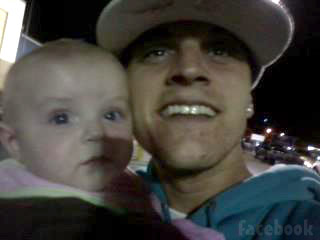 So what about Kieffer Delp and Gary Head? Is Jenelle really over these two? In a blog entry on October 9 Jenelle was talking fondly of her new relationship with Courtland and wrote, “I think I have broken the “Gary/Kieffer” Spell I was under! YES! :]” And apparently she is still fending off occasional advances from them both, to which she tweeted the response, “@Gary_Head @Confidence117k yr right, u guys are nothing compared to Courtland 🙂 I’m doing much better without u two.”

Nathan Griffith in court today for stalking a woman; says being poor is a choice in philosophical IG rant