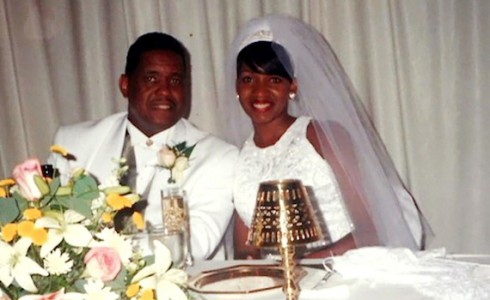 Long before NeNe Leakes joined Gregg Leakes at the end of InterContinental Buckhead Atlanta’s lavishly decorated aisle — and even longer before The Real Housewives of Atlanta came into existence — the lovebirds wed in a low-key 1990s ceremony.

What happened in between the two weddings is a not-so-classic tale of love, feuds and eventual reconciliation. So, in honor of their unconventional love story and tonight’s I Dream of NeNe wedding special on Bravo, we decided to look back on the Leakes’ first time saying “I do.”

NeNe and Gregg initially wed in 1997 after two years of dating. He was well on his way to a successful career as a real estate investor, but the affair was undeniably more budget friendly that their second go-round. 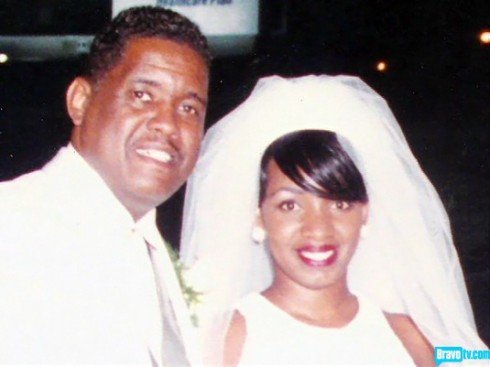 NeNe wore a pretty wedding dress with a high neckline and accessorized with a big veil and hoop earring. Gregg went with a classy white tux — although his focus for the day was less on fashion and more on his new wife.

“Today we got married, and I am the most happy man in the world… to have a beautiful wife like NeNe,” Gregg said in a home video. “I love her with all my heart, and I really do mean it. And I look forward to making her happy the rest of her life, I love you sweetie.”

The couple was joined on their special day by a large bridal party that seemed to include multiple bridesmaids, groomsmen, flower girls and ring bearers. 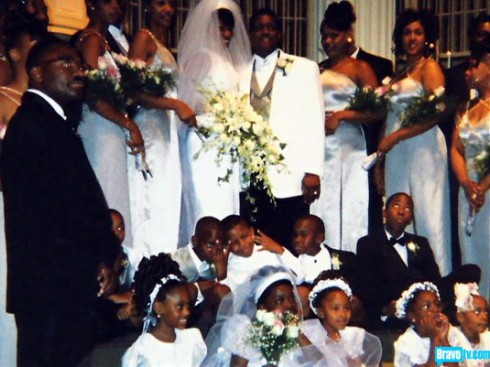 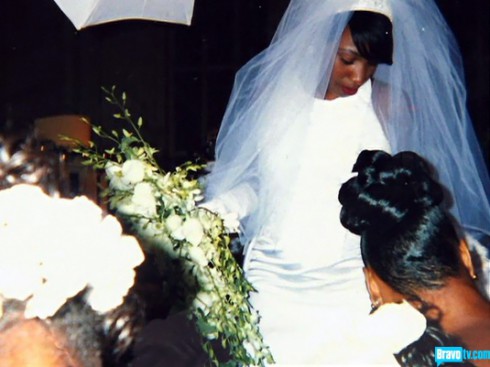 As viewers of Real Housewives of Atlanta know, NeNe and Gregg’s wedded bliss came to a temporary halt in 2011. At the time, he accused her of letting fame go to her head and spending hundreds of thousands on her acting career. She ultimately filed for divorce and claimed he had a wandering eye.

“It hurt me to file for divorce, but I had to see it through,” she told Ebony last fall, shortly before getting re-engaged to Gregg. “I let him know you’re going to be my husband and you’re not going to be somebody else’s anything, but if you plan to be somebody else’s anything, then we can’t be together. Gregg needed to feel what it was like without me. I wanted to let him see if the grass was really greener on the other side. He brought his a– back, because the grass is very brown over there.”

Watch Gregg and NeNe tie the knot for the second time on Bravo’s I Dream of NeNe tonight at 9/8c.