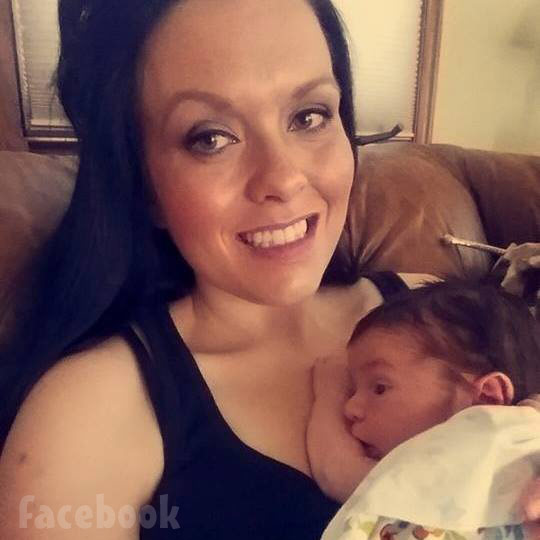 Judging from photos posted on Facebook by Ashley and dad Erik, little Axl was born some time around November 15. Above is Ashley with Axl, and here he is with dad Erik showing off his “feeding and chill” skills: 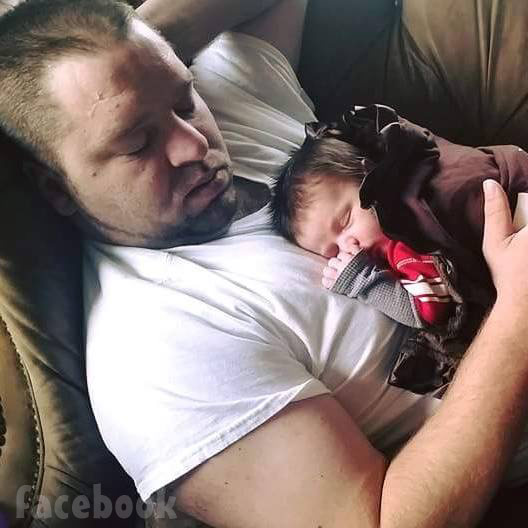 Ashley first announced she was pregnant for the second time back in May and revealed at the time that she was due on November 19. There are reports that Ashley is now estranged from her sister Farrah and mother Debra Danielsen, which would explain why neither Farrah nor Debra (both active on social media) have mentioned the birth. Farrah made headlines back in May when she responded to our story on Twitter by congratulating her sister and then adding “thanks to media,” suggesting that she found out about the pregnancy from us!

That reaction was a far cry from Farrah’s reaction to Ashley’s first pregnancy announcement back in 2011. “So excited to be a Aunt!” Farrah tweeted at the time, adding that “Sophia can’t wait to have a play pal! I am going to hook my sister up with amazing Swag!”

Ashley appeared on the original incarnation of Teen Mom, but has had nothing to do with the revamped Teen Mom OG. It will be interesting to see if it is even mentioned that Farrah became an aunt again, and Debra a grandma, when the series returns to MTV.

Regardless, we’d like to congratulate Ashley and Erik on their growing family!