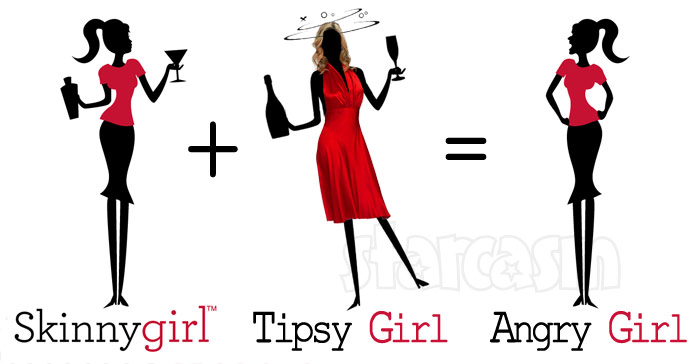 Season 8 of The Real Housewives of New York City has only recently begun filming, but I think we already know what one of the major plot lines will be as Sonja Morgan launches her Tipsy Girl liquor brand, which is very similar to co-star and frenemesis Bethenny Frankel’s Skinnygirl brand.

Sonja launched the brand by serving Tipsy Girl prosecco at her 52nd birthday party held at Canoe Studios last week. Here is a photo of what the bottle looks like: 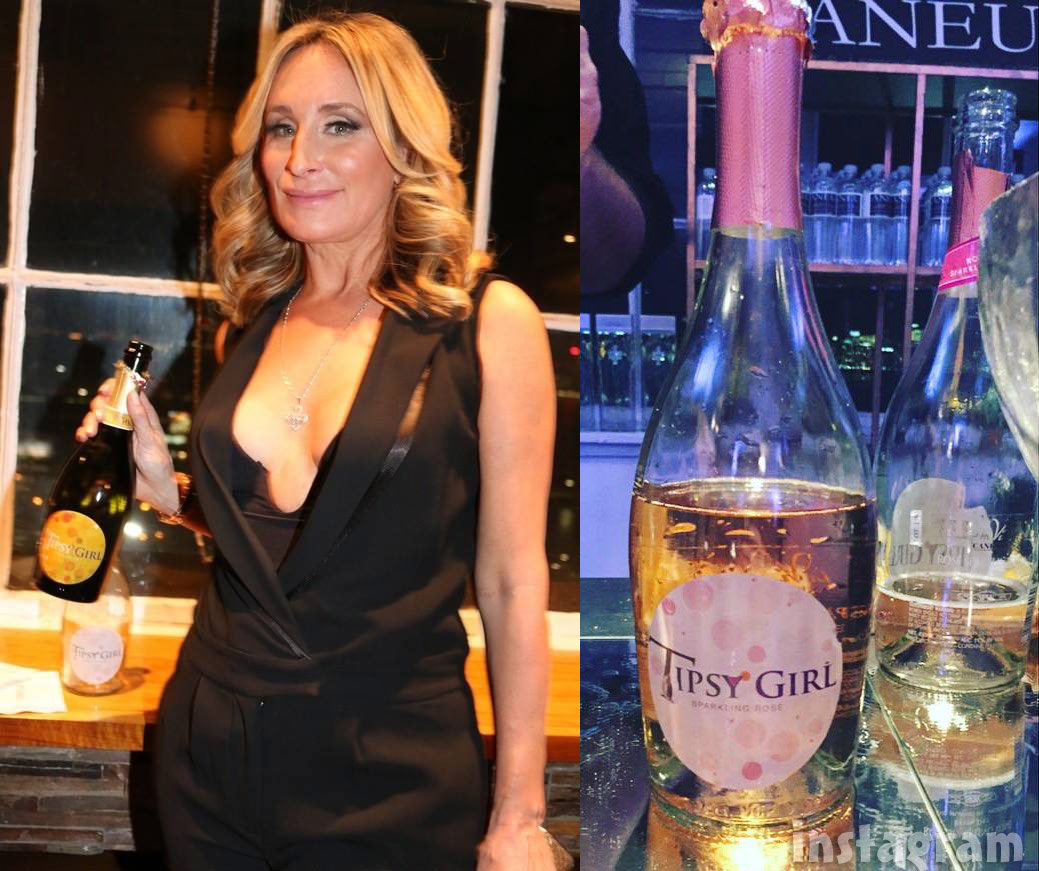 ALL those Tipsy Girls are lookin’ great! 😉

[In case it needed to be said, the Tipsy Girl logo at the top of this post is just something silly we created in Photoshop.]

Adding fuel to the Sonja vs. Bethenny feud speculation is Bethenny’s notable absence from Sonja’s birthday shindig! According to Naughty But Nice Rob, all of the RHONY ladies except Bethenny and Carole Radziwill were present, as were the Bravo cameras:

Last night @SonjatMorgan birthday party was a blast. All the ladies and camera crews attended – expect for mean girls Bethenny and Carole

@TEB2350 @SonjatMorgan everyone came, even new ladies – but those two didn't

If you’re wanting to try out a bottle of Tipsy Girl prosecco, Sonja Morgan mentions that it is (was?) available for one week, but didn’t clarify where or how to buy it. (We’ve reached out to Sonja to get more info, but have yet to hear back.)

The Tipsy Girl liquor brand is the product of a partnership between Sonja and former Ramona Singer business partner (and rumored boyfriend), Peter Guimaraes. Peter reveals to Page Six that the Tipsy Girl name is something he has been working on for years. According to online records, Peter applied for a trademark on the Tipsy Girl name back in April of 2015.

However, the trademark doesn’t appear to be registered for the branding of liquor, but is instead for “Services for providing food and drink; temporary accommodation.” Earlier this year, Peter opened a restaurant and bar named Tipsy Girl on Ninth Ave in New York City, so this was apparently in regards to that business. I assume there will be another trademark application (or some sort of extension? I’m not sure how that works) to cover the liquor brand.

Meanwhile, Peter Guimaraes addressed a non-Bethenny, non-trademark concern about the name with Page Six. “We got some flack that the name’s ‘promoting drunkeness,’” Peter said. “It’s not — it’s tipsy! You can be tipsy in love . . . tipsy in life.”

Peter revealed that prosecco is just the beginning as plans are to release Tipsy Girl tequila, vodka, and wine. As far as distribution, Peter says that hopes are to make it available initially at “casual retail locations in Hell’s Kitchen, Miami, Chicago and Vegas.”

At this point, someone needs to open a liquor store that only serves Real Housewives brands! It could even offer high-priced collectible bottles of short-lived enterprises like Vicki’s Vodka. (Someone needs to do a comprehensive post of all the Real Housewives booze endeavors, including the husbands. Perhaps I will add that to my own queue.)