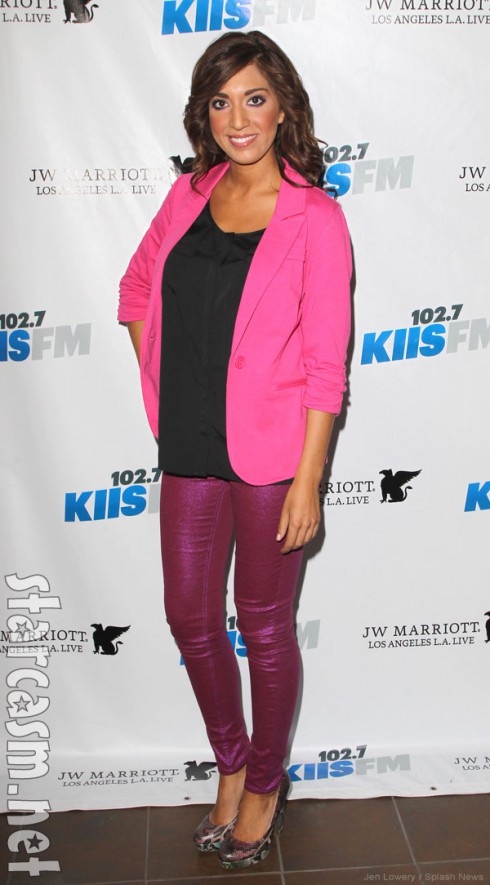 The stars of MTV’s original Teen Mom reality series have a lot to get used to now that the show has completed its run. Though some of those things aren’t all that great (no more MTV paychecks for example), some of the changes are positive – such as being able to attend red carpet events, something MTV reportedly frowned on before because they didn’t want their moms looking like celebrities.

We’ve already seen Maci Bookout making what seemed to be a nationwide 21st birthday party tour of the US, and now we have Farrah Abraham at the 2012 MTV Video Music Awards! Although the actual awards aren’t until Thursday night, celebrities often get invited to pre-show events, including “gifting suites” in which sponsors supply swag to invitees. Such was the case with Farrah, who was photographed in attendance at the KIIS FM gifting suite earlier today held at the JW Marriott Hotel in Los Angeles. 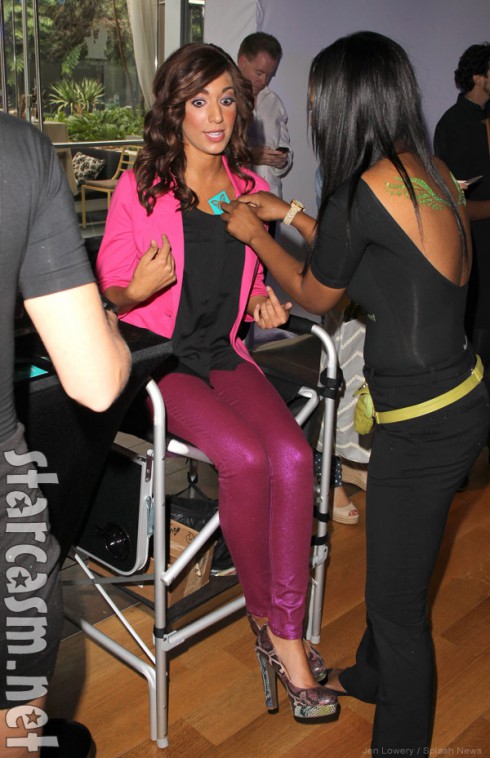 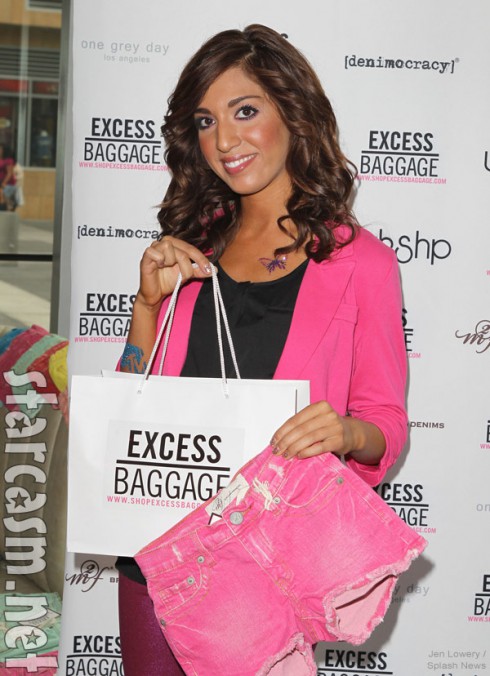 Judging from the photos it appears that Farrah got a pair of hot pink Daisy Dukes from Excess Baggage and… a temporary butterfly tattoo?

UPDATE – Here are a few more photos in which we can see Farrah also got some Mixed Chicks curly hair products as well as a Bigtruck trucker hat! 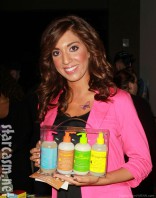 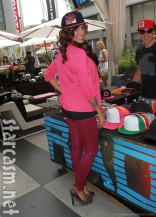 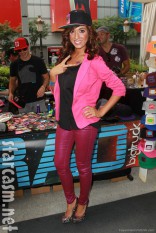 Farrah Abraham being in Los Angeles for the VMAs should come as no surprise to dedicated Abrahamolgists because the 21-year-old mom shared a hair tutorial video earlier today in which she demonstrates the process for “sexifying our hair for our VMA look” using some rather risque looking devices:

Wait, didn’t we just do an article yesterday in which Farrah said she broke up with her most recent boyfriend because he was upset she wouldn’t kiss him after more than a month of dating? Maybe he was taking the wrong approach!

Stay tuned – We will be posting VMA red carpet photos of Farrah as soon as they come in! (Assuming she is going to be in attendance at the actual Awards show.)