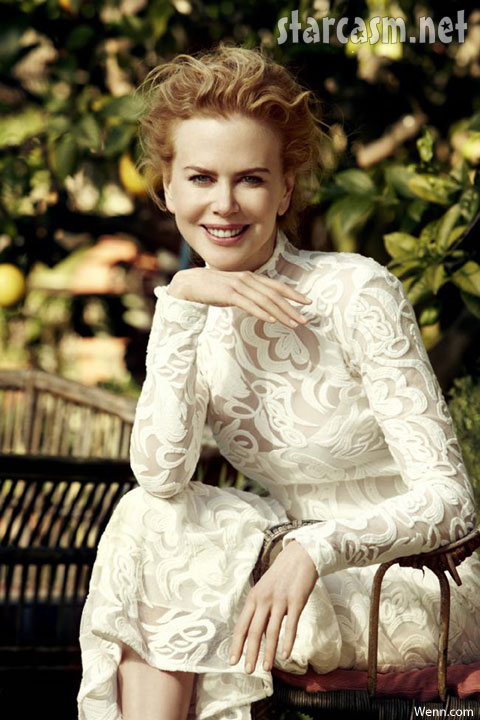 For anyone who follows Tom Cruise’s involvement with Scientology closely, it’s not exactly a secret that Nicole Kidman was labelled a “Suppressive Person” by the church after she left her marriage with Tom Cruise, but now there is another, highly publicized source, claiming this again. Being a considered a “Suppressive Person” reportedly led to her being estranged from Isabella and Connor (19 and 17,) the two children she adopted with Tom.

Vanity Fair is causing a ruckus with their investigative October cover story on Scientology by Maureen Orth. First details from the explosive report included a “wife audition” arranged by Scientology leaders for Tom Cruise in 2004. According to the report actress Nazanin Boniadi won the contest, but she and Tom split after only a few months. There have previously been rumblings about a kind of contest to find Tom Cruise a Scientology approved mate after his split with Nicole Kidman, but this is definitely the most bold and substantial claim.

Further details of the report deal with how Scientology affected Nicole Kidman’s life during and after her 10-year marriage to Tom Cruise. Former Scientologist Marty Rathbun told Vanity Fair that Nicole and Tom broke primarily over Scientology, “The central problem [in the marriage] was Nicole did not want to deal with Scientology.” Nicole’s Scientology doubts resulted in some very sad ramifications.

Scientology leader David Miscavige’s bodyguard John Brousseau, a former Scientologist, has gone on record (according to US Weekly) to Vanity Fair saying that Isabella and Conor were groomed to not want to be near their mother: “They rejected Nicole — they’ve been instructed.” According to Brouseau, the children would say that they “hated” going to see Nicole.

The Church of Scientology has a track record of allegedly asking people to cut off contact with anyone, including family, who is considered to be a “suppressive person,” or an SP. Friends and family who are critical or questioning of Scientology can be considered an SP, and the relationship should be severed.

Nicole never responds to questions about Scientology from the press, but in 2010 she did briefly address the issue with her kids. She told The Associated Press: “They live with Tom, which was their choice. I’d love them to live with us, but what can you do?”

Tom’s camp denied reports that there was a “wife audition,” but so far have not responded to the claims about Nicole Kidman.

Are Nicole Kidman and Reese Witherspoon friends in real life?

Documentary says the Church of Scientology spied on Nicole Kidman, turned her kids against her