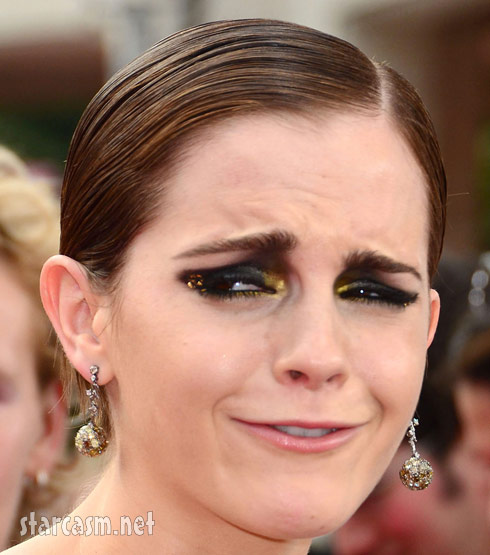 The grown up Emma Watson has been on a fashion roll lately but the Harry Potter star hit a serious road bump yesterday at the New York City premiere of Harry Potter and the Deathly Hallows Part 2.

Actually it was only a half of a bump as the look from her waist up was fantastic. Emma rocked black and gold leaf eyes in an up front makeup theme that really wowed. Her trend setting short hair style looked glam and the minimalist approach to jewelry left our attention on her lovely neck line and silky skin. The bosom portion of her Bottega Veneta gown was classic and sexy and forward-looking but, and do I mean but, the draped skirt plumed out in to an ill-fated mess. 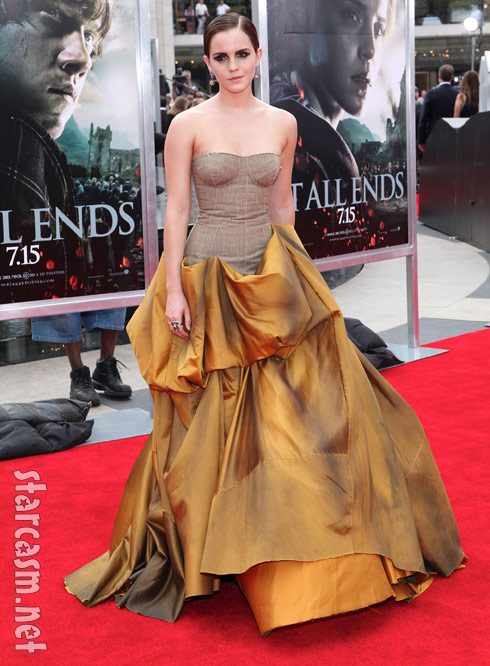 This is a fine example of just over thinking it. I believe a first instinct for just about anyone eyeing this number would probably say no but then you begin to convince yourself of all the wrong yeses and run with it. Listen to that first no folks! I love Emma and the way she has matured with classic style into a woman before the public’s eyes so I don’t want to come off as too nasty or anything. It’s more of a stinger on the gown as opposed to the actress.

Speaking of the gown, when I first saw it I was reminded of author James Howard Kunstler and his architectural blog labeled “Eyesore of the Month.” Back in December of 2006 Kunstler railed on the new addition to the Royal Ontario Museum in Toronto. Here’s part of Kunstler’s critique:

Why are all those people standing around in the foreground gaping at this spectacle? They are from the Royal College of Physicians, trying to figure out a treatment plan. The stuffy old gentleman of a museum has developed a horrendous steel and glass tumor. It has become the “Elephant Man” of museums. Now, you may ask yourself: why is this sort of thing acceptable to the Guardians of Culture? The answer may be that it sends a truthful but subliminal message (which, alas, we are misinterpreting) that the mis-use of technology has become the fatal disease of civilization.

Everything about his opinion of that museum is how I feel about Emma’s choice of attire. And another look at the gown: 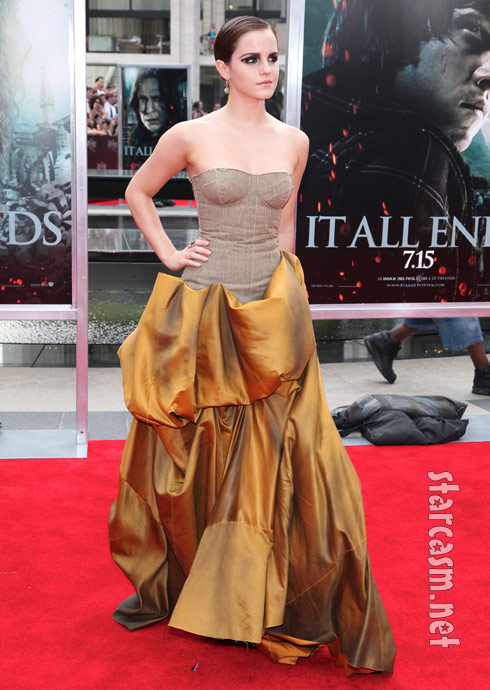 The best I can recall the following is certainly the most random side-by-side fashion image I’ve ever posted as I compare Emma Watson’s gown to a Canadian museum!

It’s random and strange I know, but don’t the two really mirror each other?  Oh by the way this little indie film that has over 28 million likes on Facebook is taking over theaters this Friday. Just to nail home my point about how stunning Emma was from the waist up here’s a cropped image of just that. 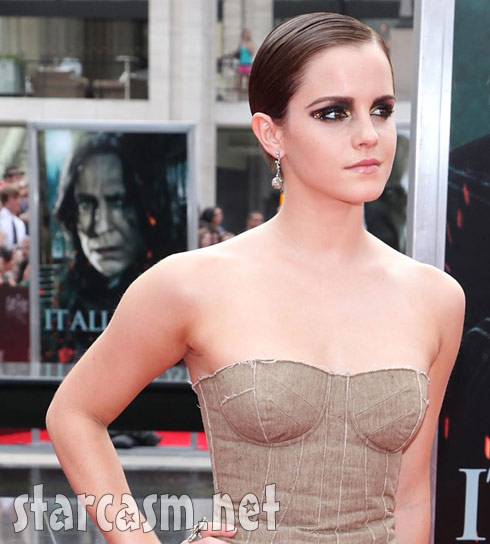 Do any of the children from Sister Wives want to pursue plural marriage?