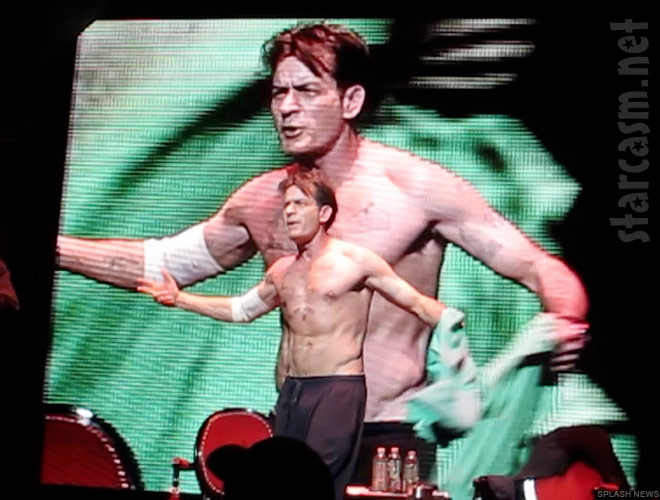 Following on the heels of a poorly-received opening show in Detroit, Charlie Sheen continued his “My Violent Torpedo of Truth/Defeat is Not an Option Show” tour at the Chicago Theater last night with a few changes. In addition to eliminating the opening act, Charlie opened the show with a poem about how much Detroit sucks and followed that with an interview session in which he answered all sorts of questions about his marriages, his “goddesses,” his career and his frequent use of prostitutes.

At one point a man in the crowd shouted “Get naked!” and Charlie happily obliged, at least to a certain point. He removed his shirt and flexed for the crowd in front of a massive television screen of himself live. 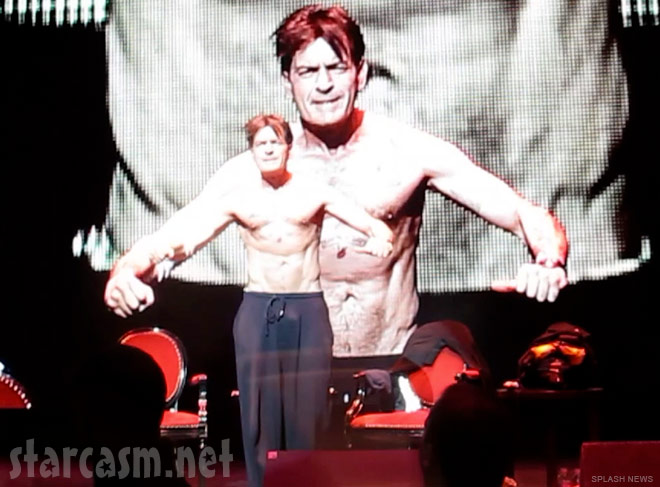 Some highlights from the show, courtesy of TMZ’s live blogging, include:

8:30 PM — During a question about his marriages, Charlie referred to Brooke Mueller as “kidnapper b!itch.”

9:25 PM — Charlie says he was supposed to be in “The Karate Kid,” but his dad told him to do a lesser movie instead. “My dad has great advice.”

9:30 PM — How’s this for an about face — Charlie said he would go back to “Two and Half Men,” but he did say the people who run it are blood suckers. But he called Jon Cryer a “rock star.”

He concluded with a poem from the goddesses. All in all it sounded much better-received than Detroit but absolutely not really worth the price of admission.

Two and a Half Men canceled after next season

Charlie Sheen threatens Ashton Kutcher after being told to “shut the f**k up!”