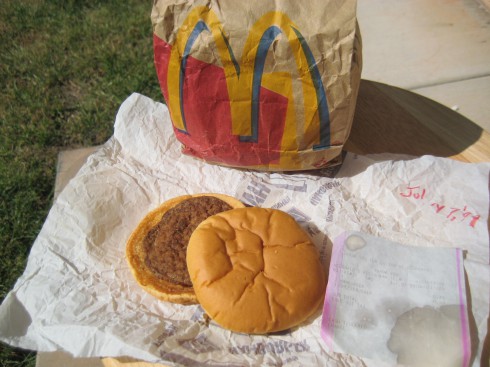 It started out as a mistake — after using a McDonald’s hamburger to demonstrate how live enzymes work back in the summer of 1999, David Whipple put the original sack, receipt and plain burger in a coat. The coat then ended up in a closet. Without a rotting food stench to tip him off, Whipple forgot about the burger.

When he found the burger more than a year after initially purchasing it, he was shocked that wasn’t a trace of mold or fungus. In fact, the only sign the burger was anything but hot off the grill was that the pickle was disintegrating. Even the bun was in perfect condition!

That’s when the burger became something else entirely: An experiment.

“Now it has become a unique item and we decided to just hang on and see what happens to it,” Whipple wrote on his website, World’s Oldest Hamburger. And, at nearly 14 years old, the hamburger still doesn’t show signs of decomposition, even though it has never been inside a refrigerator. 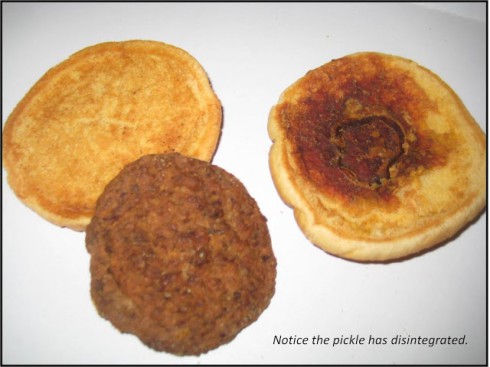 After Whipple began sharing his story with local news organizations, producers at The Doctors got word of the ancient burger and invited Whipple to explain it all.

With the burger’s 14th birthday quickly approaching, Whipple has no plans to throw it away. Instead, he hopes to continue showing the burger as a lesson to younger kids about processed food.

“My kids know what a dead, unhealthy food looks like, so they eat more vegetables and fruits – live real food for most of their meals,” Whipple explained.  “Not that they won’t have a hamburger or pizza sometimes, but they know and have seen the difference.”

Kim Kardashian pregnancy update: Her baby boy is in breech