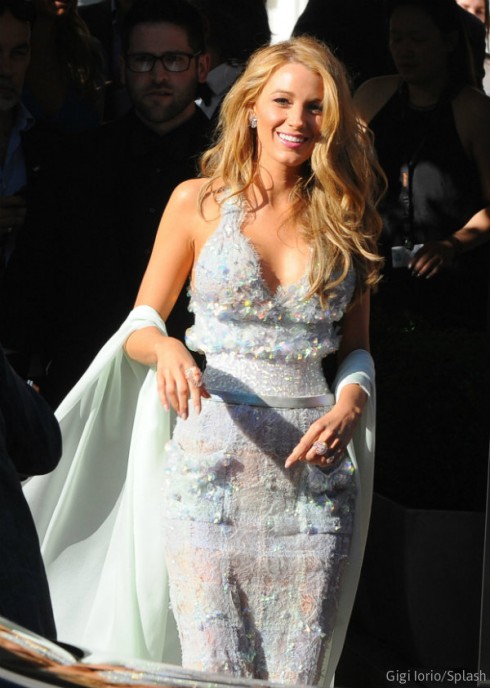 Blake Lively followed in Keira Knightley and Rihanna’s footsteps today by wearing one of Chanel Couture’s new “optical illusion” designs to the premiere of Mr. Turner at the Cannes Film Festival. The increasingly popular silhouette basically accentuates a tiny waist while being more modest than a crop top.

The contrasting fits on Blake’s embroidered gown were less stark than styles Keira and Rihanna have worn — but certainly still highlighted the Gossip Girl star’s figure. (I’m kind of obsessed with this picture…) 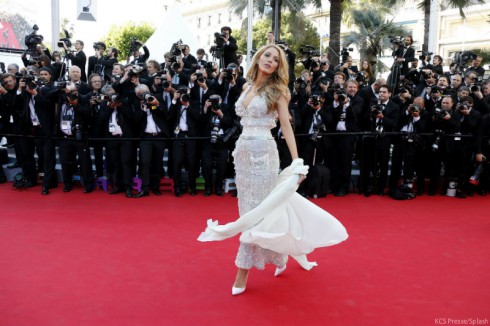 Here’s a look at the back… 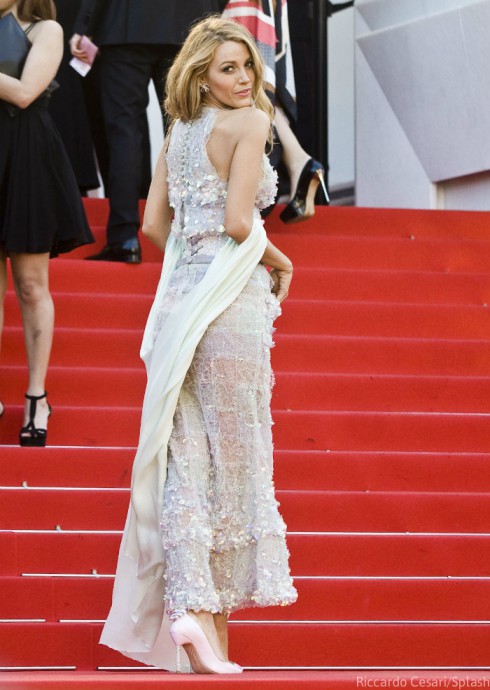 The new trend is part of a growing obsession with having (or appearing to have) as slender of a waist as possible. No longer content with diet and exercise, it seems some celebrities are resorting to slightly more extreme — albeit traditional — practices of wearing modern corsets or “waist trainers.”